Chip n' Dale: Rescue Rangers is a film directed by Akiva Schaffer and was released on Disney+ Hotstar on May 20, 2022. It stars John Mulaney, Andy Samberg, JK Simmons, Seth Rogan and Eric Bana. 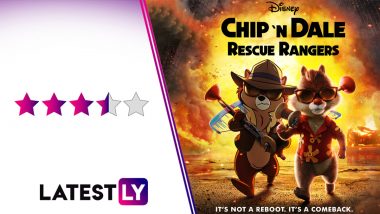 Chip ‘n Dale Rescue Rangers Movie Review: In today’s Hollywood climate, huge blockbusters have basically regulated themselves into targeting nostalgia so that the audiences can better resonate to something. From Marvel to Star Wars, every franchise is getting in on the trope, and then you have Chip n’ Dale: Rescue Rangers, which has the mother of all cameos in it, but still manages to stay charming and fresh. Chip n’ Dale Rescue Rangers Trailer: John Mulaney, Andy Samberg and KiKi Layne’s Animated Film To Stream on Disney Plus From May 20! (Watch Video).

Directed by Akiva Schaffer, Chip n’ Dale: Rescue Rangers is a reboot of the television series of the same name. Following Chip (John Mulaney) and Dale (Andy Samberg), the movie takes place thirty years after the original series ended. With both, Chip and Dale going their separate ways after a fallout, fate reunites them when their former castmate goes missing. Starts the story of Chip and Dale trying to get the gang back together to solve this mystery. 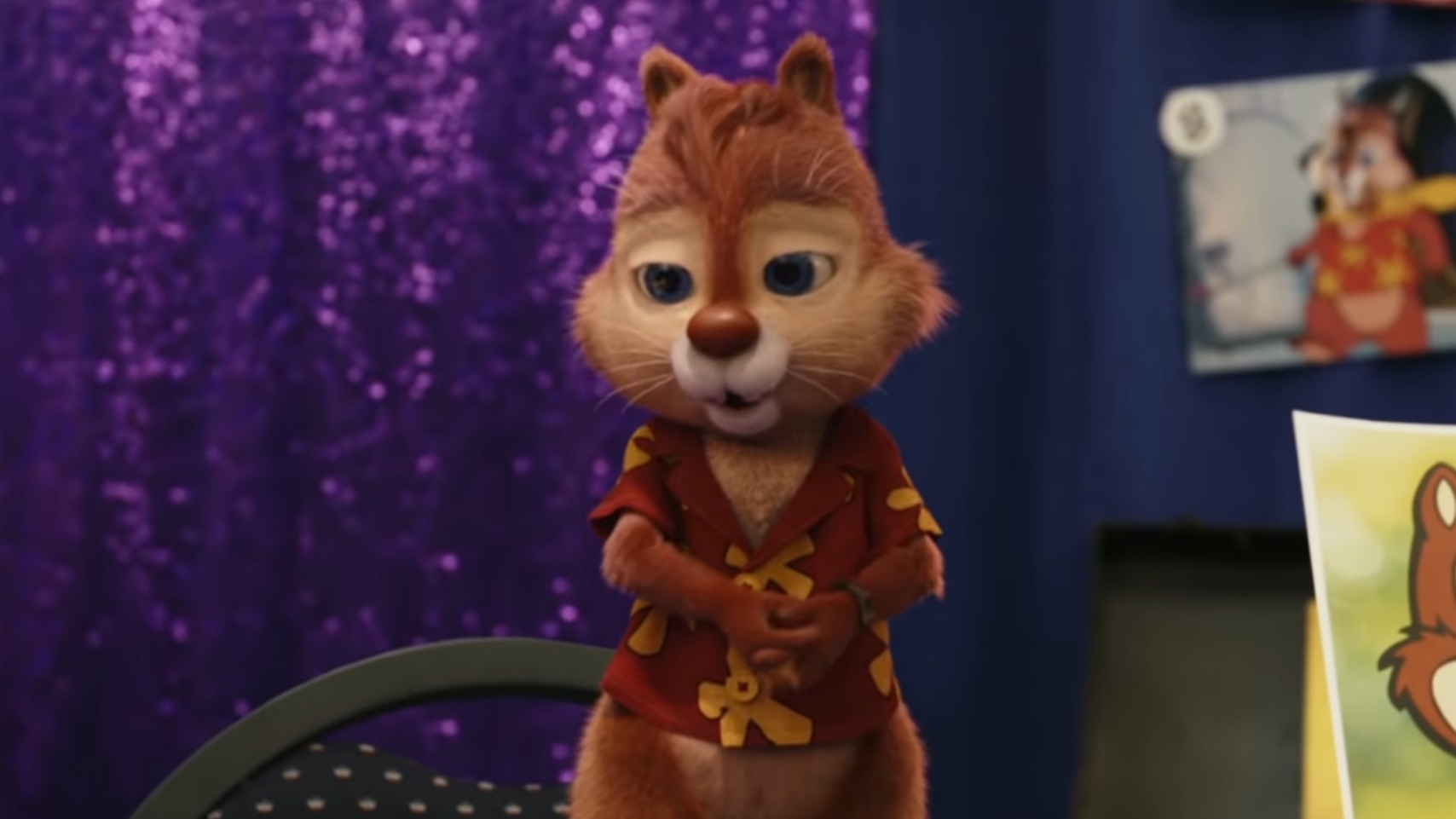 Seeing the chatter online, Chip n’ Dale: Rescue Rangers has had a pretty massive fan base. Personally? I never really was into these characters, but the film never once made me feel like I had to catch up on the previous series. For those who have watched it already, this will be pretty rewarding for them, but from a newcomer’s standpoint? I was able to follow the story relatively well.

This is done thanks to the brilliant voice work provided by Mulaney and Samberg. Both the actors do a great job at making Chip and Dale’s dynamic seem so fun. While Chip has more of a mature vibe to him, Samberg’s Dale is more overconfident and naïve in his approach to things. What you get here is a good balance between the dynamic of these characters, and best of both the worlds. 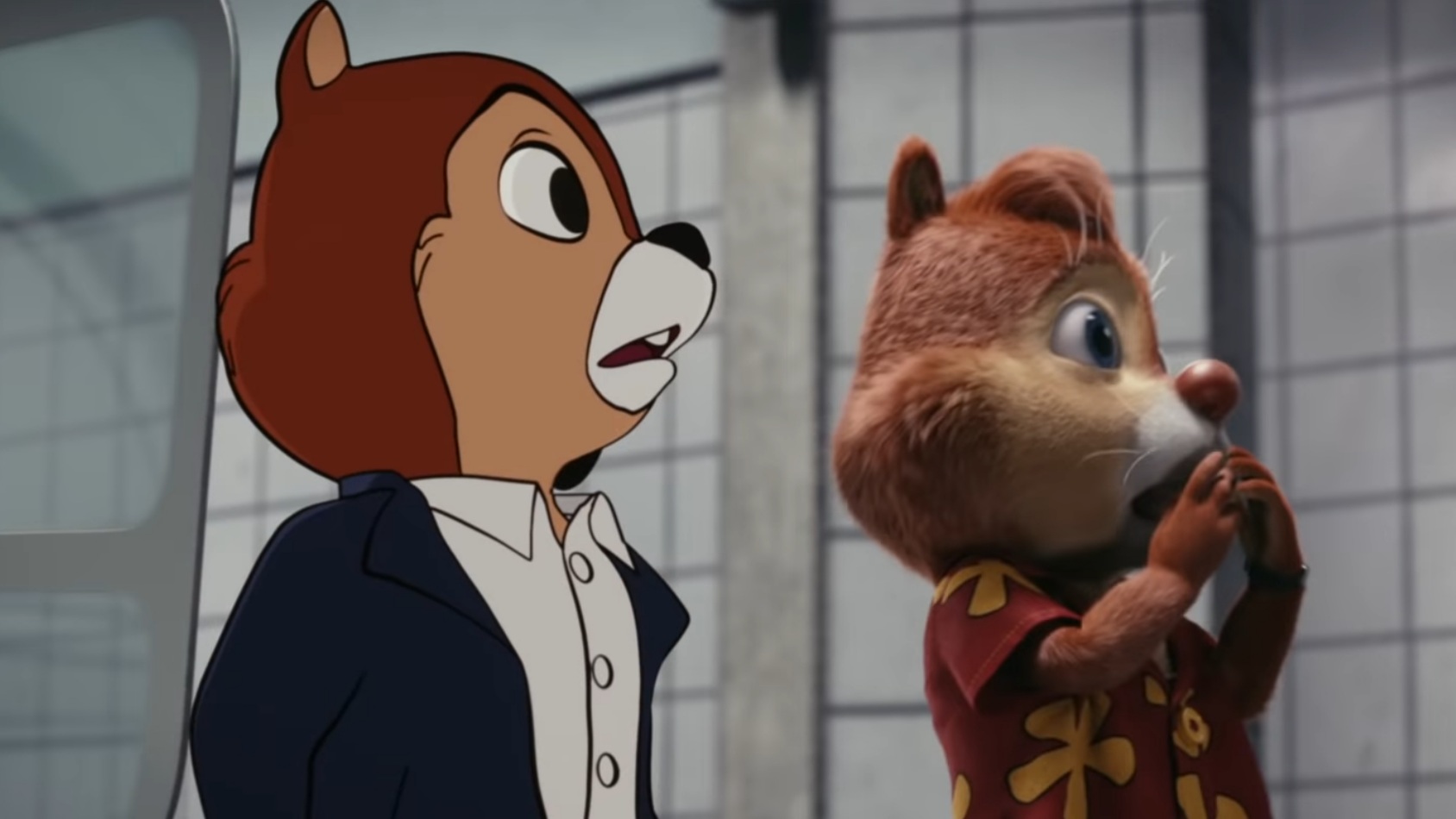 Talking about the cast, it’s pretty massive, and impressive. JK Simmons, Eric Bana, Will Arnett, Flula Borg and more make up the majority of it. Everyone brings their A-game to this story and do a great job at making things seem lively. One of my favourite parts about the cast aside from Mulaney and Samberg was Will Arnett. Arnett plays the role of Sweet Pete, a more cynical version of Peter Pan and acts as the main antagonist of the film.

The animation over here is quite well done too. Harkening back to the days of Who Framed Roger Rabbit?, with Roger Rabbit himself making a small appearance in the film, the blend of 2D animation into the real world is impressive. When compared to last year’s Tom and Jerry film, this is miles ahead of it.

Considering the different types of animation that are present here, it definitely made the movie more visually interesting, even though the styles could clash at times. For example, JK Simmons plays Captain Putty, a character that is claymated. On the other hand, even our main characters, Chip and Dale have a visual disparity between them, that is further used to make some great meta-commentary.

The film revels in its meta-commentary of Hollywood. In an era where intellectual properties reign supreme, and films like Ready Player One and Space Jam: A New Legacy have done their best at playing their nostalgia card, Chip n’ Dale: Rescue Rangers still seems to top them.

One of the best gags in the film involve Dale getting a “3D” surgery that turns his character model going from 2D to you guessed it, 3D. There are some hilarious jokes about franchises, bootlegging, reboots and so much more. There are of course a bunch of Disney’s IPs being mentioned over here, but then you look at some of the cameos, and you will just wonder how they pulled it off. To the point where as a joke I just uttered to myself, “this is my Multiverse of Madness.” 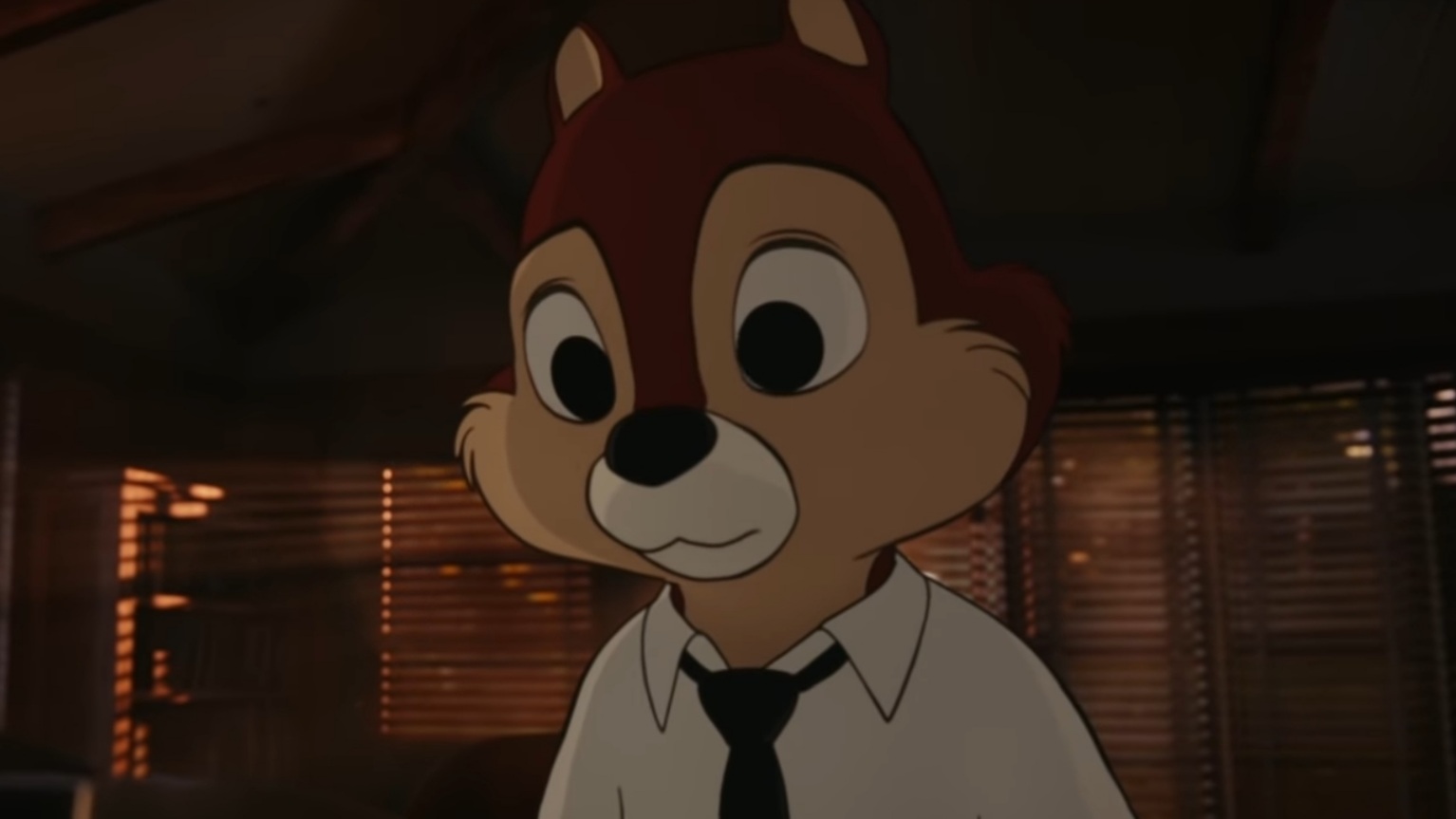 However, what ends up being Chip n’ Dale: Rescue Rangers biggest strength, can also be its biggest weakness. While the cameos and the meta references definitely add a bunch of personality to it, it does it to the point of the actual plot not having any weight behind to it.

Which is an issue stories like these usually run into. The central plot and how its laid out feels very thin once you look past its extreme glittery cover, you will find something that you can’t really dig deep into. Had Chip n’ Dale: Rescue Rangers not had its huge number of references and cameos; it would have ended up being quite a dull affair. The Bad Guys Movie Review: Sam Rockwell, Awkwafina’s Animated Film is a Familiar Tale with a Roguish Charm to It! (LatestLY Exclusive).

While the film also is funny at times, it feels like it’s a punch up away from being extremely hilarious. There were moments where I felt that had the scenes been punched up a bit with its writing, they could have ended up being more memorable. But overall, Chip n’ Dale: Rescue Rangers is quite the fun ride.

Chip n’ Dale: Rescue Rangers was a delight. From its meta-commentary on Hollywood to some truly jaw dropping cameos, this is something that makes Read Player One look tame. While the thin plot can stand out at times, it still doesn’t distract from the point that this a really enjoyable film.

(The above story first appeared on LatestLY on May 21, 2022 10:06 AM IST. For more news and updates on politics, world, sports, entertainment and lifestyle, log on to our website latestly.com).