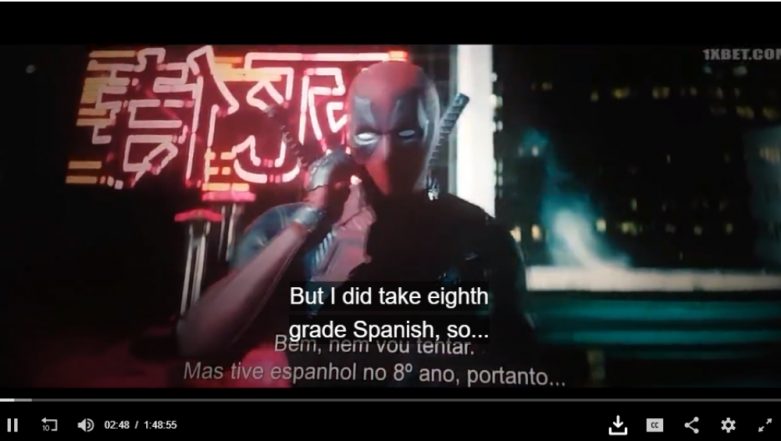 The season of superhero movies continues. After Avengers: Infinity War left us in a pool of tears, Deadpool 2 starring Ryan Reynolds as wisecracking mercenary arrived to leave us all in splits plus more tears and bloodshed. Despite the fridging controversy, Deadpool 2 has received rave reviews with critics praising Reynolds’ Wade Wilson and Josh Brolin’s Cable. The craze for Deadpool 2 is massive in the Indian subcontinent especially after Bollywood superstar Ranveer Singh lent his voice to the role of Deadpool in Hindi version. But the same enthusiasm has also led the fans to watch the film online for free on illegal websites. Deadpool 2 full movie in Hindi for free download and watch online option is easily available! Websites like Yesmovies, Filmywap, 123Movies and FMovies are streaming Deadpool 2 full movie in full swing. Well, one wonders how adversely the leaked plot of Deadpool 2 will affect the movie’s box office collection in India and globally. Avengers Infinity War Full Movie Available to Download & Watch Free Online: Leaked Climax Showing Who Will Die in Avengers 3 to Hurt Film's Box Office Collection?

Deadpool 2, the sequel of 2016’s Deadpool is the eleventh movie in the X-Men film series. It has your favourite Ryan Reynolds reprise his fan-favourite role of boisterous and witty anti-hero Deadpool aka Wade Wilson. It is hailed as one of the best superhero films made in the recent past, with many critics calling it way better than Russo Brothers’ Avengers: Infinity War. While the judgement remains debatable, one thing that is definitely common between the two superhero flicks is their battle with piracy.

One can imagine the craze for the film that has stopped Avengers: Infinity War’s three-week winning run at the box office with its arrival. Indian movie buffs have been quite welcoming by choosing Hollywood flicks over Indian films. Deadpool 2 which released on May 18 in India has already minted Rs 33.4 crore net in its opening weekend.

The film brought to India by Fox Star India released in English, Hindi, Tamil and Telugu seeing the wide fan-following Marvel Comics' most unconventional anti-hero, Deadpool enjoys in the country. We hope these cinema lovers watch the action unfold in theatres and not online and become a part of online piracy that is eating into films’ businesses over the years. We also request for stricter actions to be taken against piracy and make the movie-watching a memorable experience.