Director Josh Trank has opened up about the troubled shoot of Fox reboot of “Fantastic Four” in 2015, which he disowned in an angry Twitter post that put a pause to his promising career for a while. 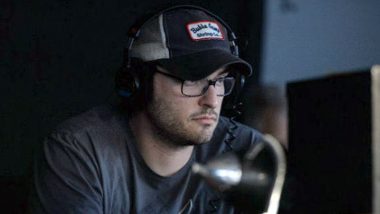 Director Josh Trank has opened up about the troubled shoot of Fox reboot of “Fantastic Four” in 2015, which he disowned in an angry Twitter post that put a pause to his promising career for a while. The director, who is back with “Capone”, had earned the high profile job fresh off the success of his low budget sci-fi film “Chronicle” but things went swiftly downhill from there. As part of a profile at Polygon ahead of the release of “Capone”, Trank recalled what happened with “Fantastic Four” and the tweet that he wrote and then deleted. Thor Ragnarok Director Taika Waititi to Direct and Co-Write a New Star Wars Film.

"A year ago I had a fantastic version of this. And it would've received great reviews. You'll probably never see it. That's reality though," his controversial tweet in 2015 had read. The director said in the beginning he was promised freedom to create his own version of the film and he turned to his friend Jeremy Slater to write the script but unfortunately, his and Slater's ideas about the story did not match. Slater was a genuine comic book fan while Trank pushed back on these aspects, leading to a conflict in tone. Star Wars Day 2020: Twitterati Wish May the Fourth Be With You With Dancing Gifs of Stormtroopers, Cute Baby Yoda Posts and More .

"The trials of developing Fantastic Four had everything to do with tone. You could take the most ‘comic booky' things, as far as just names and faces and identities and backstories, and synthesize it into a tone. And the tone that (Slater) was interested in was not a tone that I felt I had anything in common with." Slater, who quit the movie after six months, told Polygon how he initially tried Trank to get excited about the comic book elements but in the end it did not matter as, “Josh just did not give a s***.” Trank acted as the go-between the studio and Slater, who said that out of all the versions that he created the director delivered only certain ones. He was told by Trank that he was not allowed to speak to Fox.

After Slater's departure from the project, Fox brought in its own writers to shape the story into something that could be shot. Trank won the decision to cast Michael B. Jordan as Johnny Storm, originally a white superhero but that led to death threats from fans. Trank said he started to sleep with a gun after reading fan posts threatening him with violence. "I was so f***ing paranoid during that shoot. If someone came into my house, I would have ended their f***ing life. When you're in a head space where people want to get you, you think, ‘I'm going to defend myself'," Trank said, adding that he returned the gun after film finished.

Fox was not happy with Trank's version of the movie. The director said that people at Fox were unhappy with the morose tone, saying it "wasn't for fans".

The studio ordered reshoots and Trank claims the budget was also slashed. The reshoots, he said, were not overseen by him. He claims editor Stephen Rivkin became the “de facto director” of the film, and from Trank's perspective was choosing the wrong takes. "It was like being castrated. You're standing there, and you're basically watching producers blocking out scenes, five minutes ahead of when you get there, having (editors hired) by the studio deciding the sequence of shots that are going to construct whatever is going on, and what it is that they need.

And then, because they know you're being nice, they'll sort of be nice to you by saying, ‘Well, does that sound good?' You can say yes or no," he said, adding that since he wanted to keep the job, he complied. Trouble on "Fantastic Four" set had reached people in the industry. Trank claims that his standalone "Star Wars" film, which he had signed a few months before "Fantastic Four" started filming, could not take off because of that.

He said he and Kathleen Kennedy agreed that he would sit out Star Wars Celebration in April 2015. Trank said he told his managers he wanted to back out of "Star Wars". The reports of the time say that he was let go off from the film. "I quit because I knew I was going to be fired if I didn't quit," Trank said.