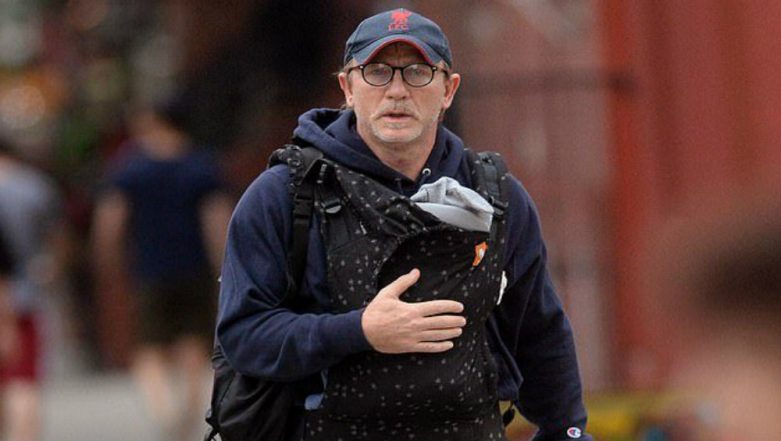 New Delhi, October 17: Chris Evans has slammed Piers Morgan for questioning Daniel Craig's masculinity. On Monday, English journalist Morgan took to his Twitter handle and shared a picture of Craig carrying his daughter using a baby carrier. The tweet implied that the 'James Bond' actor should be carrying his daughter in his arms instead of using a baby carrier. He even used the hashtag "emasculated bond", in his post.

While the post did not get any reaction for the actor in question, the 'Captain America' actor could not take the trolling and decided to defend Craig.

"You really have to be so uncertain of your own masculinity to concern yourself with how another man carries his child. Any man who wastes time quantifying masculinity is terrified on the inside," Evans wrote.

You really have to be so uncertain of your own masculinity to concern yourself with how another man carries his child. Any man who wastes time quantifying masculinity is terrified on the inside. https://t.co/9jsHZ3WKRn

Morgan, however, decided to take it one step further with another bizarre tweet. "Captain America wouldn't wear a papoose," he tweeted.

While the word 'papoose' is a British term for a baby carrier, in America, it is used to describe a Native American child. The tweet drew criticism from many Twitter users. Piers Morgan Bored With The Royal Wedding; Gets Trolled Mercilessly.

A user tweeted, "Imagine believing carrying your own baby in public is emasculating" To which Piers replied by tweeting, "He's not carrying it, that's my point. He's using an emasculating papoose. James Bond would never use a papoose to carry his babies." "Carrying a baby is harder work, but worth it for the unashamedly masculine joy of NOT Wearing a papoose," he added.

Following this, a lot of men started posting photos of them using baby carriers, showing that it is a common practice. To counter this, Morgan posted a picture of himself, suggesting that he should play bond. "One thing's clear after tonight's ferocious Papoose-gate debate: we need a new James Bond. A 007 who looks sharp in a tux & wouldn't be seen dead in a papoose.." Morgan has a 6-year-old daughter Elise with wife Celia Walden. He also shares three children with ex-wife Marion Shalloe.