Even though 2020 was all about the novel coronavirus, it did stir some controversies that churned news. Be it an attack on the Ellen DeGeneres show, the boycott Mulan trend to a scoop about the royal family that made the world go mad, the year didn't disappoint when it came to scandals. Check it out. 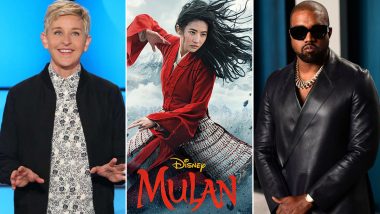 Let's be real: showbiz and scandal go hand-in-hand. Controversies are part and parcel of the glam world and there’s no denying to this. There’s always something to talk about and discuss when it comes to chaos in the industry. While some dramas may not stay for long, some do create an impact because of its nature. Even though 2020 was all about the novel coronavirus, it did stir some controversies that churned news. Be it an attack on The Ellen DeGeneres Show to a scoop about the royal family that made the world go mad, 2020 didn't disappoint when it came to juicy scandals. Year-Ender 2020: Sushant Singh Rajput, Chadwick Boseman, Chiranjeevi Sarja – List Of Popular Celebs We’ve Lost This Year.

Well, it’ll be really difficult to list all the news that grabbed the maximum eyeballs in 2020. And so we’ve filtered and are about to flash the biggest controversies of 2020. So, are you ready? As here’s a look at 7 scandals that rocked Hollywood scenes and made people go ‘is this for real’? So, without further ado, let’s get started. Check it out. Year-Ender 2020: From Anushka Sharma-Virat Kohli to Kareena Kapoor-Saif Ali Khan – Celebrities With a ‘Baby on Board’.

Ellen DeGeneres faced a severe backlash when her talk show The Ellen DeGeneres show made headlines for all the wrong reasons. The host who is known to say ‘Be Kind’ at the end of her show was accused of toxic work environment, that included bullying, intimidation and also sexual harassment. 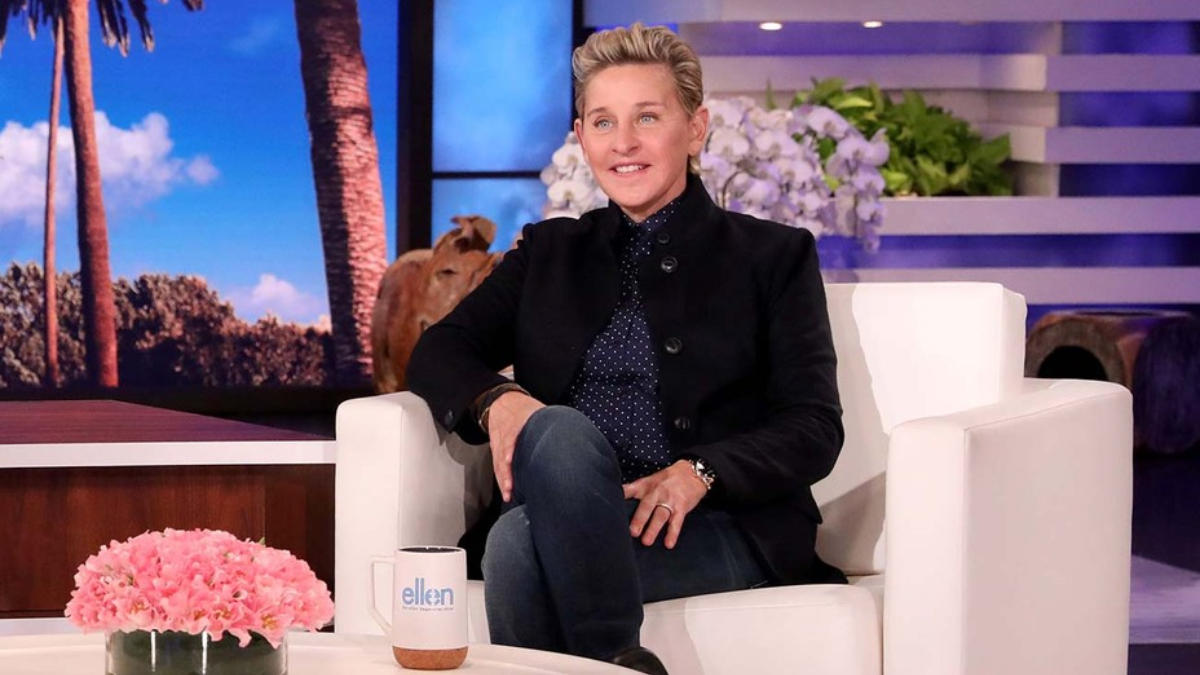 The Lost and Ant-Man actress churned negative news for her insensitive remarks on the novel coronavirus. The actress had taken to her Instagram and posted how her freedom was more important and would not self-isolate herself amid the pandemic. She was heavily criticised for this. However, later on, Lilly had apologised over the same. 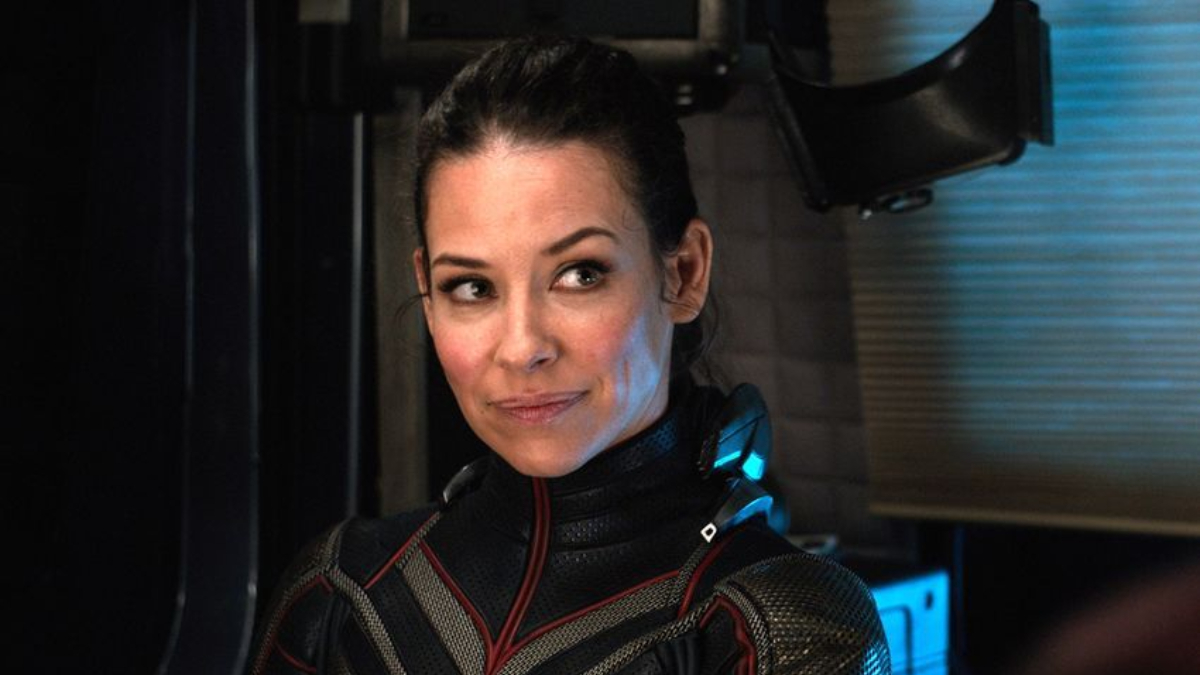 The sweetheart pop sensation of the 90s witnessed a downfall of her own in the year 2008. Since then, Britney Spears was put under conservatorship, which is a court-order of control over people whom it things misfit of dealing with their lives and finances. As a result, till 2019, Britney’s father and lawyer managed her finances and resources, and even her relationships. Post her father stepping down as the ‘care manager,’ court-appointed Jodi Montogmery as a replacement. This year saw a massive uproar as fans trended #FreeBritney, to free her from the legal shackles and give back the ownership of her life. This came after Britney’s continuous pleads of mental stress, which flared again due to her father’s illness. 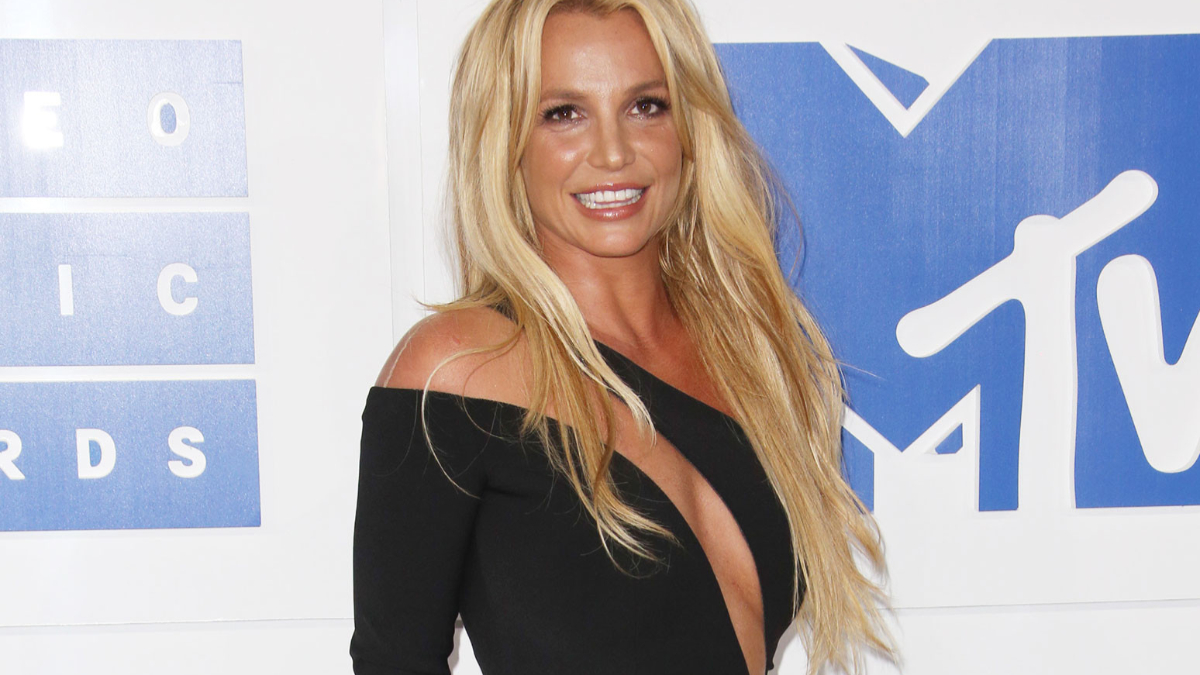 Kanye West who was in the presidential race this year (later backed out) dropped some shocking revelations about his and Kim Kardashian’s private life hinting that there’s trouble in their paradise. To this, a few reports also claimed that KK already has her divorce planned. 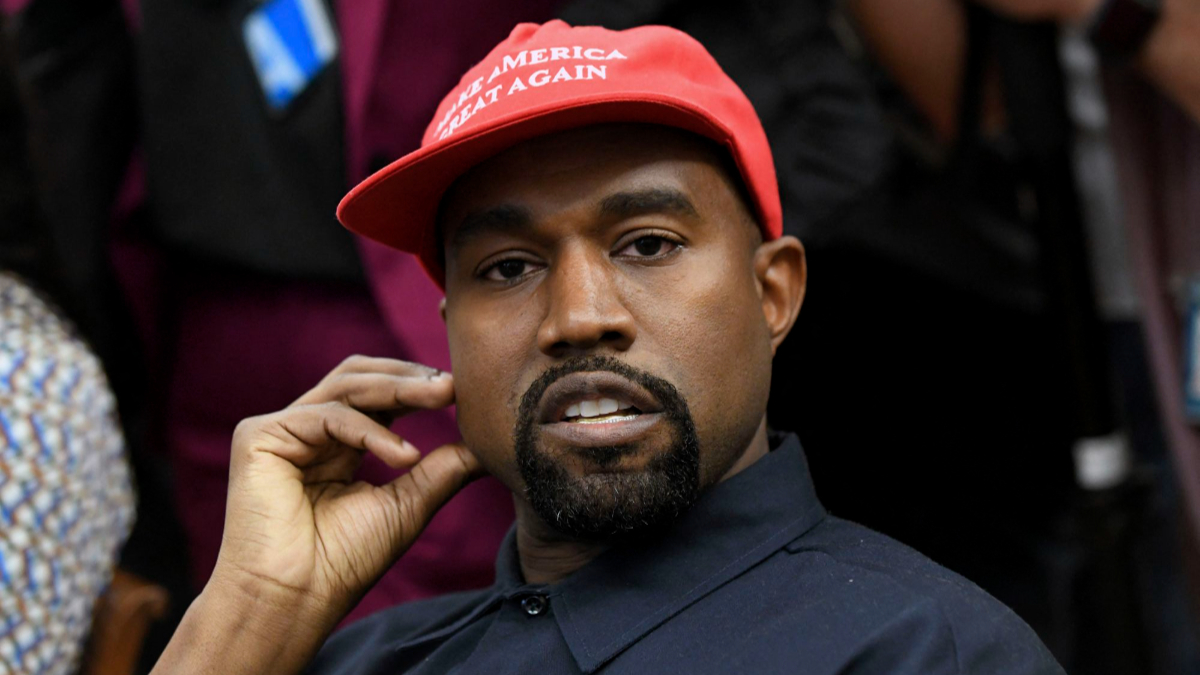 #BoycottMulan was the Twitter trend after Disney’s fantasy drama’s lead actress Liu Yifei publicly supported the Hong Kong police who had attacked pro-democracy protestors in 2019, as well as, it's shooting in China's Xinjiang province where Muslim Uighurs are said to be tortured, abused and whatnot. That’s not it, in the film’s credit’s, the makers also thanked eight government bodies in Xinjiang. 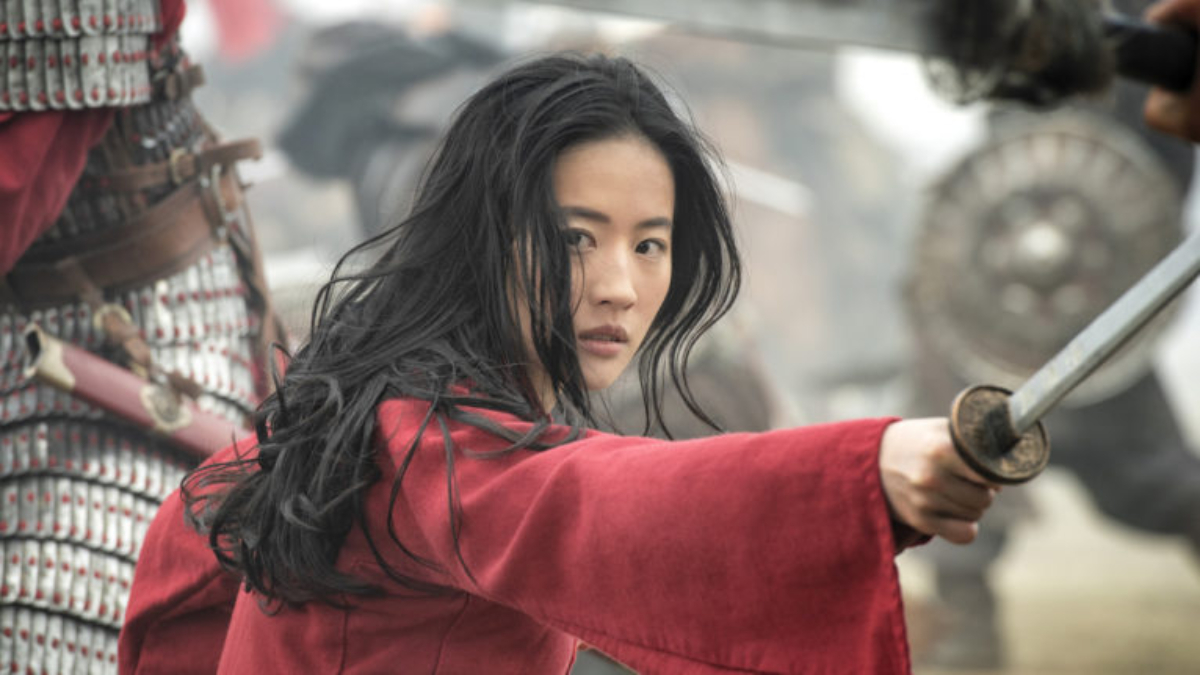 Prince Harry-Meghan Markle Step Down From Their Royal Duties

This was among the most shocking news when Prince Harry and Meghan Markle announced their disassociation from their royal duties. On March 31, they gave up their titles as Duke and Duchess of Sussex. Even Queen Elizabeth II also supported the couple's decision. They are currently leading a different life in the US. 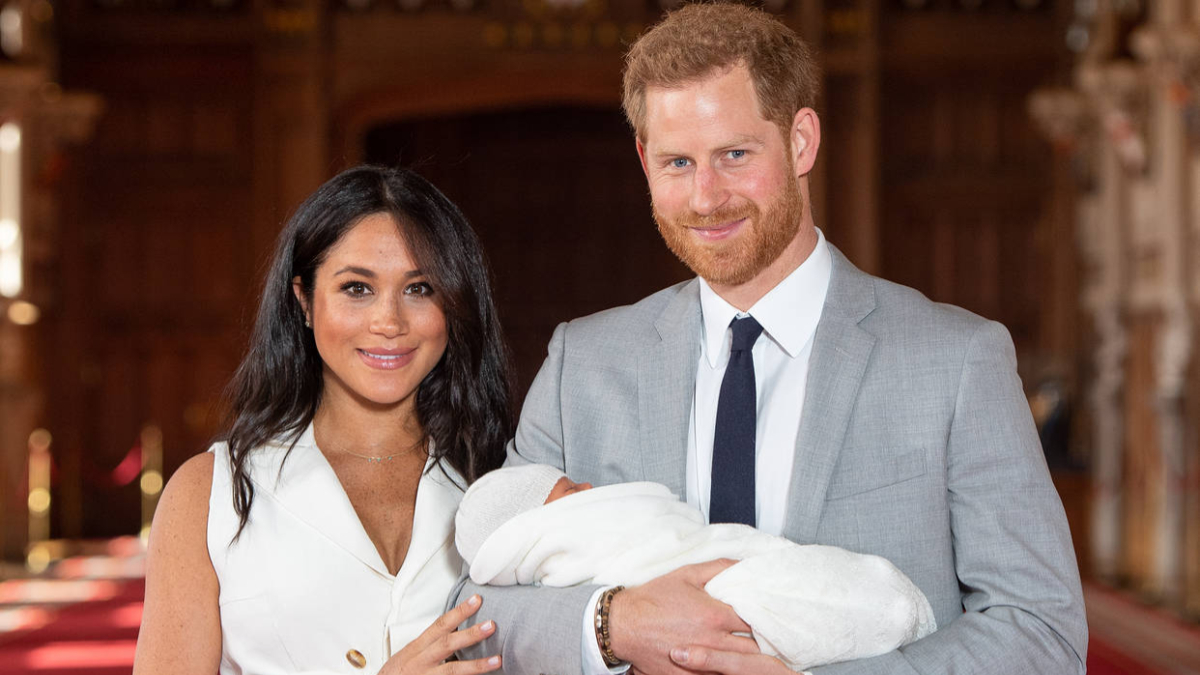 In what you might call a landmark judgement, Hollywood mogul Harvey Weinstein was sentenced to 23 years of jail by a New York judge. He was found guilty of a criminal sexual act in the first degree and rape in the third degree, almost after two years of the allegations levelled against him. He was the one who sparked the #MeToo movement. 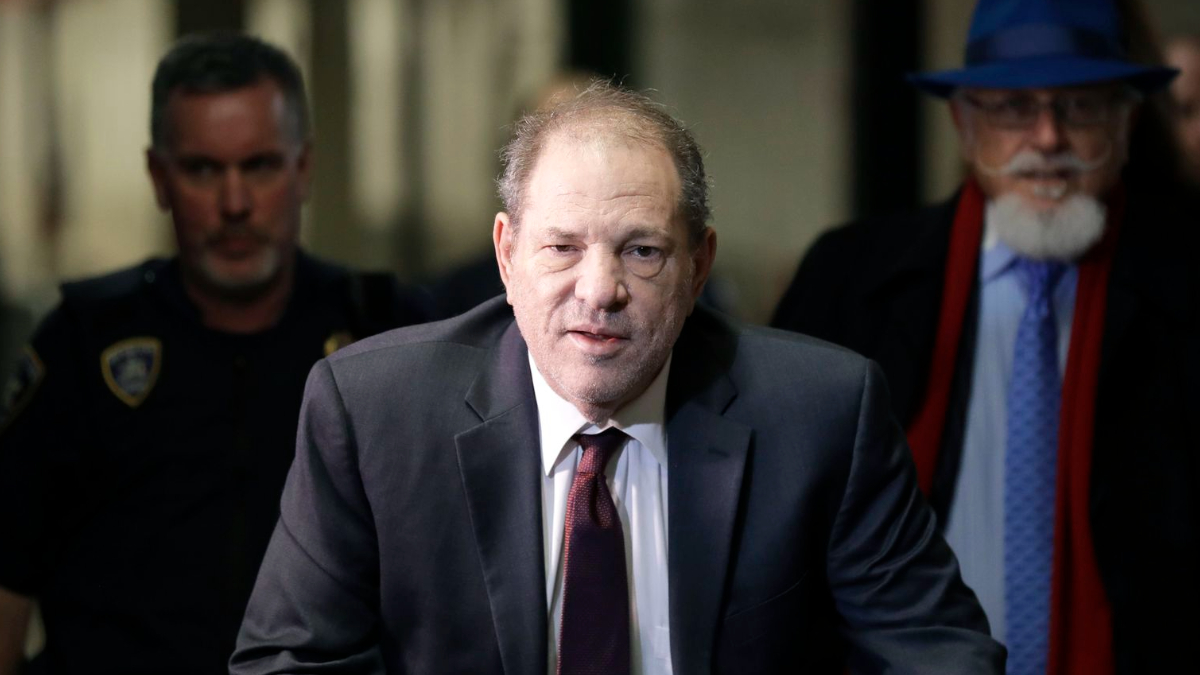 These were the topmost scandals or you can say controversies surrounding Hollywood celebs and films. The above-mentioned topics became a hot topic of discussion on the internet. We hope that the upcoming year brings fewer controversies. Stay tuned!

(The above story first appeared on LatestLY on Dec 19, 2020 07:15 PM IST. For more news and updates on politics, world, sports, entertainment and lifestyle, log on to our website latestly.com).