Malayalam actor Jayaram has underwent tremendous transformation for his next project which is with Tollywood superstar Allu Arjun. In an interview to leading daily, the actor revealed how he managed to lose 12kgs for the film. 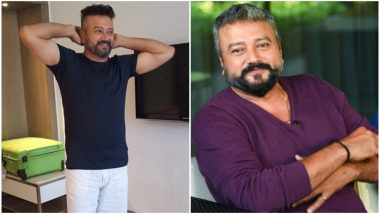 Malayalam actor Jayaram has done more than 200 films and has also received numerous accolades. Besides acting, he is also a mimicry artist and a chenda percussionist. The actor who was recently seen in My Great Grandfather has underwent tremendous transformation for his next project which is with Tollywood superstar Allu Arjun. In an interview to leading daily, the actor revealed how he managed to lose 12 kilos for the film. CONFIRMED! Tabu to Share Screen Space with Allu Arjun in AA19 (Watch BTS Video).

Allu Arjun’s upcoming project is directed by Trivikram Srinivas is tentatively titled as #AA19. Jayaram announced about him being a part of the film by sharing a picture on the social media giant and captioned it as, “Started shooting for Allu Arjun movie”. It wasn’t that long when makers announced that Tabu is also a part of this flick. Coming back to Jayaram, the actor has left everyone stunned with his amazing weight loss transformation. Superhit Duo Allu Arjun and Sukumar to Collaborate After Nine Years, Third Project After Arya 2.

In an interview to TOI about the weight loss transformation Jayaram was quoted saying, “I used to work out twice a day. But I didn’t touch weights; it was just cardio and diet. I run 45 minutes on the treadmill and use the elliptical trainer or cycle for 15-20 minutes. Also, diet was the most important part. I didn’t want to starve myself, because the effects would show on my face. I wanted to look and feel young, and so enquired with trainers about what diet would suit me and followed their advice.”

Jayaram also spilled few details on his shooting schedule. He said, “I shot for a week, and we will begin the next schedule in August. I don’t want to reveal much about my character right now, except that I am acting alongside Tabu in the film.” Well, we all are happy not just for this fantastic transformation but also to see him in a Telugu film.

(The above story first appeared on LatestLY on Jul 28, 2019 01:22 PM IST. For more news and updates on politics, world, sports, entertainment and lifestyle, log on to our website latestly.com).