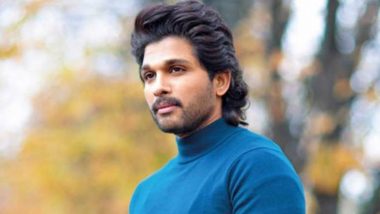 Allu Arjun is one of the most celebrated and loved actors in Telugu cinema. The actor recently hit the headlines for making a heft donation for the coronavirus relief fund set up by the state governments of Andhra Pradesh, Telangana and Tamil Nadu. The actor did his bit by donating Rs 1.25 crore financial aid for the people of Andhra Pradesh, Telangana and Kerala. While netizens and his fans particularly lauded this amazing move, the actor is once again on top Twitter trends but not for this reason. Currently, the superstar is trending on Twitter as his fans are celebrating his 17 years in the film industry.

It's amazing how much the actor has accomplished in these 17 years. The Tollywood actor made his screen debut with Gangotri in 2003. The film was directed by Kovelamudi Raghavendra Rao and starred Arjun along with Aditi Agarwal. Ever since, the actor has starred in several big-budget films and his biggest hits up till now include, S/O Satyamurthy, Duvvada Jagannadham, Race Gurram and the recent release Ala Vaikunthapurramuloo among others. From pulling off action to comedy, the actor has excelled across genres and no wonder has a huge fan base now. To celebrate such achievements of the actor, netizens are now trending ##17VictoriousYrsOfAlluArjun and celebrating his amazing career so far. Check out some of the tweets here.  COVID-19 Outbreak: Prabhas Pledges to Donate Rs 4 Crore to Andhra Pradesh, Telangana Chief Minister Relief Fund and PM's National Relief Fund.

What Makes Him a Superstar!

* Cult Fans in Other states

* Most No of Awards

*One of the India's Best Dancer

From Gangotri to Ala Vaikunthapurramuloo!

From Gangotri to Ala Vaikunthapurramuloo

Ur journey in TFI is Really Inspirational

That's Why I love Him @alluarjun Love u Untill my last breath #17VictoriousYrsOfAlluArjun pic.twitter.com/fzqwaKi620

Wishing Many More Years Of Success:

Wishing many more years of super success to our very own Stylish Star @alluarjun ♥♥#17VictoriousYrsOfAlluArjun pic.twitter.com/Hp0bAN8x97

36 Awards in His Brilliant Career:

Within span of this 17years 😎

Total awards 36 Within his 19 movies.

This is not the first time that fans are pouring in so much love for the South superstar. Every update about his film gets a similar response and it is amazing how dedicated his fan base is. Well, we also wish 17 amazing years and many more to go for the talented star.

(The above story first appeared on LatestLY on Mar 27, 2020 09:34 PM IST. For more news and updates on politics, world, sports, entertainment and lifestyle, log on to our website latestly.com).