Amala Akkineni Birthday: Did You Know This Gorgeous South Actress Returned To Malayalam Cinema After 25 Years? 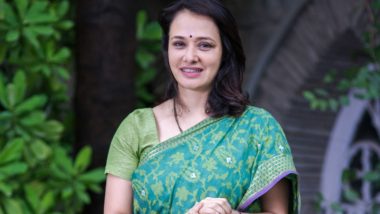 Amala Akkineni, the gorgeous veteran actress, has acted across South Indian film industries and also did a few Hindi films. Amala, who celebrates her 53rd birthday today, was born to a Bengali Indian Navy officer and an Irish mother. Throughout her acting career, Amala has given us some memorable roles and she even won awards for it. Besides being an amazing actress, Amala is also a wonderful dancer. She holds a degree in Bharatanatyam from Kalakshetra college of fine arts. These Family Pics of Tollywood Actor Nagarjuna Akkineni Are A Must See!

In June 1992, Amala tied the knot with the most charming actor of Telugu Cinema, Nagarjuna Akkineni. The couple has a son, Akhil Akkineni, who is also an actor. Naga Chaitanya is the step-son of Amala Akkineni. After getting married to Nagarjuna, Amala bid adieu to the world of cinema. Fans definitely missed watching her on the big screen, but cheered when she made a comeback after two decades with a Telugu film titled Life is Beautiful. Even Mollywood lovers were eagerly waiting to see her in a Malayalam movie and it happened!

After 25 years, Amala Akkineni returned to Malayalam Cinema with the film titled C/O Saira Banu and it was a super-hit film. She played the character Annie John Tharavady, an advocate who only handles any case in which she has confidence in success on. Her performance was widely praised by critics and fans. The other three Malayalam films that Amala has featured, before tying the knot, includes Ariyaatha Bandham, Ente Sooryaputhrikku and Ulladakkam. Here’s wishing Amala Akkineni a very happy birthday!

(The above story first appeared on LatestLY on Sep 12, 2020 09:45 AM IST. For more news and updates on politics, world, sports, entertainment and lifestyle, log on to our website latestly.com).