The Malayalam film, Thanneer Mathan Dinangal that released in 2019, was one of the highest grossing films of that year. 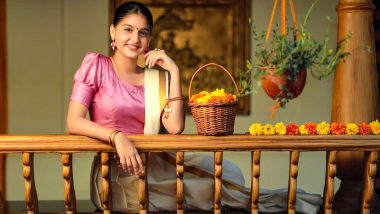 The Malayalam film, Thanneer Mathan Dinangal that released in 2019, was one of the highest grossing films of that year. Starring Mathew Thomas and Anaswara Rajan in the lead and Vineeth Sreenivasan in a key role, this high-school drama was a huge hit. Now the buzz is that this blockbuster Malayalam film that was helmed by Girish AD would be remade in Tamil and Telugu languages. It is also reported that Anaswara Rajan would be reprising her role in the Tamil version. Pawan Kalyan to Step into Biju Menon’s Shoes for the Telugu Remake of Ayyappanum Koshiyum?

There are several Malayalam films that are being remade in other languages and it includes Ayyappanum Koshiyum, Driving Licence, Lucifer, among others. Talking about Thanneer Mathan Dinangal, as per a report in TOI, director Girish AD confirmed that the Tamil and Telugu rights of the film were sold last year itself. The report also suggests that the Tamil version would be directed by debutant Hemanth. Lucifer Remake: Vijay Deverakonda to Play Tovino Thomas’ Role in the Telugu Version?

Watch Below The Trailer Of The Malayalam Film Thanneer Mathan Dinangal:

(The above story first appeared on LatestLY on Sep 24, 2020 12:20 PM IST. For more news and updates on politics, world, sports, entertainment and lifestyle, log on to our website latestly.com).