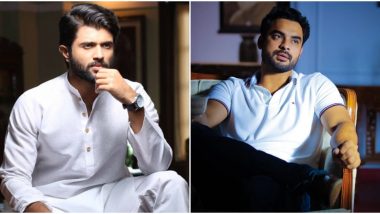 The Malayalam film Lucifer starred Mohanlal in the lead and Vivek Oberoi, Manju Warrier, Tovino Thomas and Prithviraj Sukumaran were seen in supporting roles. Tovino played the character Jathin Ramdas and his performance was praised by critics and fans. Lucifer, Prithviraj’s directorial debut, was a blockbuster. In September last year, Megastar Chiranjeevi had announced that Lucifer would be remade in Telugu. Since then numerous speculations are been made about the cast of Lucifer Telugu remake. Saaho Director Sujeeth Hits Jackpot; Roped in to Direct Chiranjeevi In Malayalam Blockbuster Lucifer's Telugu Remake.

The latest buzz is Tollywood hunk Vijay Deverakonda has been approached for the Telugu version of Lucifer. According to a report in Dinamalar, Ram Charan is in talks with Deverakonda, to step into the shoes of Tovino Thomas for the remake version. However, there has been no official about it neither by the makers nor the actor. The other names that are doing rounds, who are reportedly said to be roped in for Lucifer Telugu remake are Rana Daggubati for Prithviraj Sukumaran’s role and Suhasini for Manju Warrier’s role. Lucifer Remake: Are Suhasini and Vijayashanti in Talks for Megastar Chiranjeevi Starrer?

Meanwhile, Vijay Deverakonda is all set to make his debut in Bollywood with Puri Jagannadh’s film Fighter. He’ll be sharing screen space with Ananya Panday, who also be making her debut in South Cinema. This film is bankrolled by Dharma Productions and Puri Connects.

(The above story first appeared on LatestLY on Jul 09, 2020 05:14 PM IST. For more news and updates on politics, world, sports, entertainment and lifestyle, log on to our website latestly.com).