Anirudh Ravichander is composing songs for Rajinikanth's Darbar, Vijay's Thalapathy 64, Vignesh Sivan's SK 17 and Kamal Haasan's Indian 2. Here are some of the beautiful songs by him that every fan would love to listen on the loop. 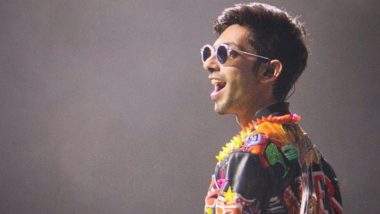 Anirudh Ravichander, the young music composer is known for his amazing compositions. His birthday is already one of the top trends on social media, so you can imagine the massive fandom that he has. The talented composer is sure a known name down South but he also earned name pan-India with his ultra-popular song, "Kolaveri Di" that featured Dhanush behind the mic. People picked up the catchy music and lyrics of the song quickly and he had a new fan base. Double Treat! Rajinikanth's Darbar Motion Poster and Thalaivar Theme to Release on November 7, 2019.

The 28-year-old singer has given music to many known films like 3, Jersey, David, Maari, Kaththi, Maari, Vivegam, Remo, Rum, Petta to name a few. The songs were much-loved by the audience for obvious reasons. Check out a few some songs by him that are here to stay forever.

Anirudh is already a part of more start movies next. He is composing songs for Rajinikanth's Darbar, Vijay's Thalapathy 64, Vignesh Sivan's SK 17 and Kamal Haasan's Indian 2. Of course, that is a great list to look forward to, isn't it? In the age where most of the music makers are struggling to churn out original songs, it is refreshing and inspiring to see him try out new compositions which are pretty good. Which one is your favourite? Do let us know in the comments section below and also wish the young icon on his birthday.

(The above story first appeared on LatestLY on Oct 16, 2019 11:36 AM IST. For more news and updates on politics, world, sports, entertainment and lifestyle, log on to our website latestly.com).