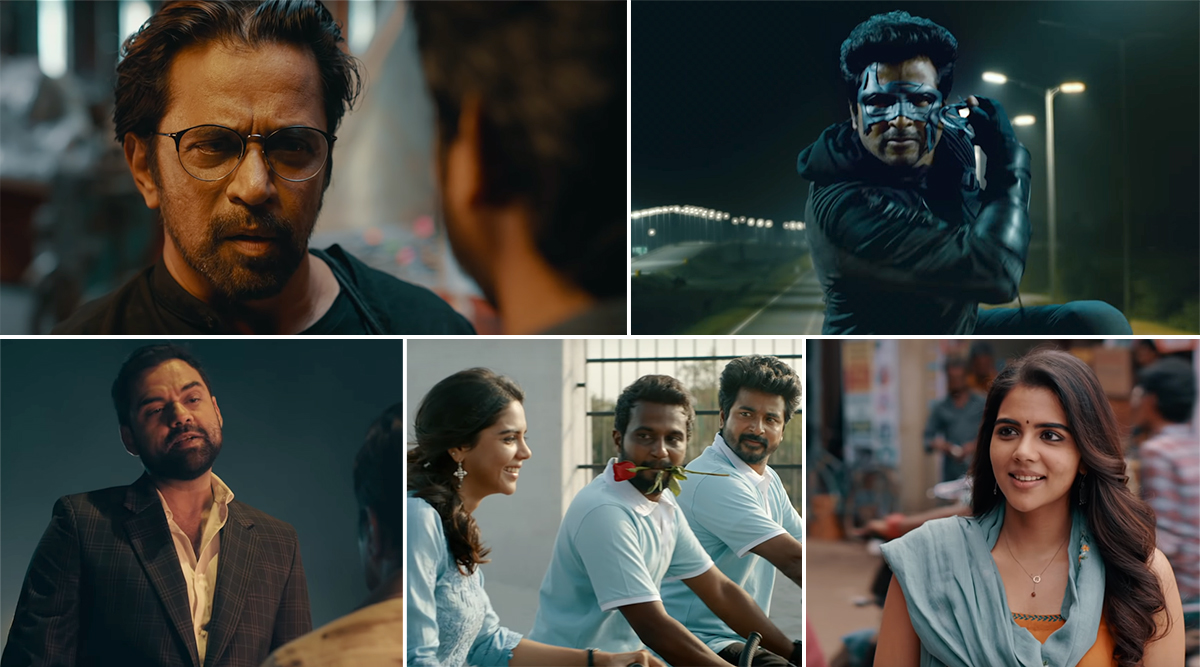 The wait is finally over, as the much-awaited trailer of Hero starring Sivakarthikeyan, Kalyani Priyadarshan, Abhay Deol and Arjun Sarja in the lead has dropped online. The makers unveiled the video a few hours ago and must say it has superhit written all over it. Right from the first visual, this massy entertainer looks promising and has everything - action, drama, thrill and more. In fact, fans have already declared PS Mithran directorial as a blockbuster, as the trailer has crossed more than a million views on YouTube already. Hero: Teaser of Sivakarthikeyan-Kalyani Priyadarshan Starrer to Be Out Tomorrow, Salman Khan to Launch It.

The trailer starts with a school scenario wherein a teacher is seen asking her class students about their ambitions in life. When the professor calls out Shakti's name and asks her the same question, the boy replies that it's his desire to be a superhero like Shaktimaan. Further in the video, we see a mature Shakti's daredevil act from one building to another hoping that  Shaktimaan would come and save him. We assume that Arjun plays the role of Shakti in the film. After all this drama, we are then introduced to Sivakarthikeyan and Kalyani Priyadarshan. We also get to see Abhay Deol (his first Tamil film) as the antagonist.

Watch The Trailer Of Hero Below:

Going by trailer seems like Arjun is the one who will help the lead actor find his inner hero. Earlier when the teaser of the same was out, netizens hailed Sivakarthikeyan's superhero avatar. Hero is all set to hit the silverscreens on December 20, 2019. So are you excited about this one?