Mahesh Babu Planning to Launch His Own OTT Platform that's Dedicated to Kids?

Mahesh Babu is planning to venture into OTT business with his own platform but with a twist. The actor wants it to be kids specific and he'll produce content that will cater to 4-14 years old. 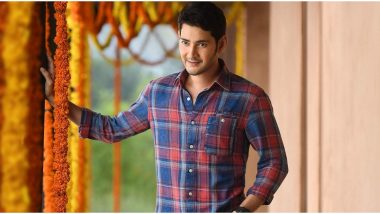 Mahesh Babu to have his own OTT Platform? (Photo Credits: Instagram)

Among the many OTT platforms already available on the web, Mahesh Babu is eager to launch one of his own. Yes, the actor is apparently planning to have his own platform but with a twist. The ongoing pandemic has certainly helped us realised the power of having a digital presence and the SPYder actor is wise enough to invest in something that's not been explored fully. While there are plenty of OTT giants already, none of them are kids specific. Of course, they have shows that cater to younger audiences but nothing that's planned specifically keeping the interests of children in mind. Mahesh Babu Hits 10 Million Followers On Twitter! Tollywood Hero Thanks Fans With A Kickass Post.

As per reports in Lets Ott, the actor is planning shows that will woo the kids between the age of 4-14 years. His OTT platform will exclusively cater to children-oriented content and he has apparently also picked a name for the same. The platform will be called SIGMA, which is a short form of Sithara, Gautham (his kids) and Mahesh himself. The actor hasn't officially announced any deets about the same but the announcement is expected to come very shortly. Sarkaru Vaari Paata: Kichcha Sudeep Reacts to Being a Part of Mahesh Babu's Next, Here's What He Has to Say.

Meanwhile, his own production house is in talks with different filmmakers for new collaborations. While he's keeping himself occupied with multiple new ventures, the actor in him hasn't taken any back seat. It is expected that he'll start shooting for Parasuram's Sarkaru Vaari Paata in September 2020. The film also stars National Award winner, Keerthy Suresh.

(The above story first appeared on LatestLY on Jul 17, 2020 01:36 PM IST. For more news and updates on politics, world, sports, entertainment and lifestyle, log on to our website latestly.com).