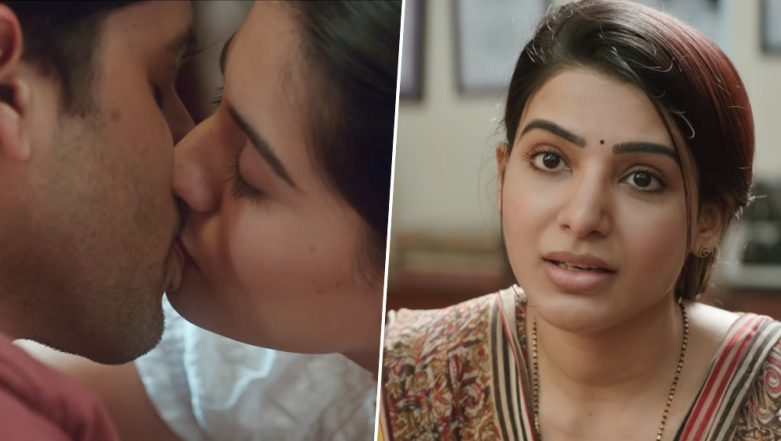 Samantha Akkikeni and Naga Chaitanya never failed to amaze the audience with their crackling chemistry. Their fans have seen their on-screen love turn into the real-life wedding infront of their eyes and hence, they ooze out #couplegoals! Now, even after marriage, they continue to entertain the audience with their chemistry. They will be next seen in an intense film named Majili. However, as the teaser came out, Naga's passionate kiss with Divyansha Kaushik in it took the attention. Samantha was asked about this particular scene and here's what she has to say. Fans Can’t Stop Gushing Over Samantha Akkineni and Naga Chaitanya’s Latest Insta Post! See Pic.

Speaking with India Today, "People have to understand that Chay and me have an amazing relationship, amazing friendship and an amazing marriage. There is a line between what is acting and what is real. For me, a kiss or hug is the same thing when I'm acting. That's something I really want to tell the fans that it's the same rule for both of us. I'm married and he's married too. The differences don't make sense."

Here not just Naga's kiss but she was referring to her own on-screen kiss with Ram Charan in Rangasthalam as well. Well, she was on-point with her answer like always. The Ye Maya Chesave actors surely know how to keep their personal and professional lives intact.

Check out The Majili Teaser Here:

For Majili, Naga Chaitanya has turned into an intense character unlike his usual image as the chocolate boy. Also, his bonding with Samantha in the film seems unusually beautiful. Majili being their first collaboration after their marriage, hence making it more interesting for the fans.