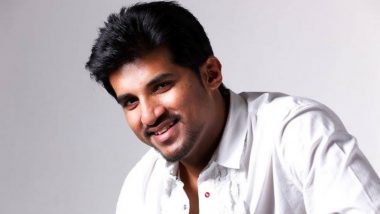 Singer Vijay Yesudas, son veteran singer KJ Yesudas, met with an accident last night and fortunately he escaped unhurt. As per reports, the incident happened around 11.30pm near Thuravur junction in Alappuzha, Kerala. Vijay, who was driving the car, was reportedly returning to Kochi from Thiruvananthapuram along with his friend. Police personnel from Kuthiyathode police station reached the accident spot as soon as they were informed. Kannada Actress Rohini Singh Injured In Car Accident In Bengaluru (Read Details).

Reports suggest that the front portion of both the cars have been damaged, however, nobody has been injured. It is said that the singer’s car rammed into another car that entered the national highway from Thaikkattussery road. The police personnel removed the cars from the accident spot post investigation. Singer Vijay and his friend were moved into another vehicle and the duo left for Kochi. Rana Daggubati’s Family Denies Rumours of Actor’s Brother Abhiram Escaping a Car Accident in Manikonda.

Vijay Yesudas had made his debut as a singer with the Malayalam film Millennium Stars. He has sung over 300 songs for movies in these 20 years. He recently bid adieu to singing by stating that singers in Malayalam Cinema don’t get proper recognition.

(The above story first appeared on LatestLY on Nov 03, 2020 02:49 PM IST. For more news and updates on politics, world, sports, entertainment and lifestyle, log on to our website latestly.com).