Director Rajendra Singh Babu’s daughter Rohini Singh, who is also known as Rishika, has been severely injured in a car crash in Bengaluru. 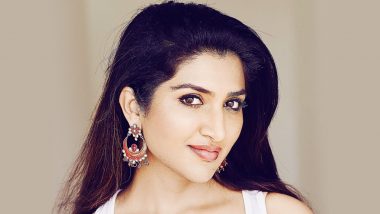 Director Rajendra Singh Babu’s daughter Rohini Singh, who is also known as Rishika, has been severely injured in a car crash in Bengaluru. According to a report in a leading daily, Rohini and her friend Arpita (daughter of director Jai Jagadish) were reportedly returning from a birthday party in the wee hours of Thursday, July 30. The report states that they lost control over the car and crashed into a tree. The accident took place near Mavallipura in Bengaluru. Anil Murali Passes Away at 56, Prithviraj Sukumaran Mourns the Demise of the Popular Malayalam Actor.

In this car crash, both Rohini Singh and Arpita have sustained multiple injuries and that also includes fractures. The girls who were immediately rushed to a nearby hospital are said to be in a stable condition now. About the accident a source revealed to TOI, “Rohini and a friend were in the car that hit a tree near Mavallipura and Rajanukunte. Rohini has more injuries, but nothing life threatening. Both have sustained multiple fractures and have been moved to a private hospital for treatment.” Rohini’s brother Adityaa shared to the daily that his sister and her friend should be back home in a week or two’s time.

Rohini Singh is a popular actress in the Kannada film industry. She had made her debut in the film industry in 2011 with the movie Kanteerava and done many films after it. She had also appeared in the first season of Bigg Boss Kannada as a wild card entrant. We wish Rohini and Arpita a speedy recovery!

(The above story first appeared on LatestLY on Jul 31, 2020 01:27 PM IST. For more news and updates on politics, world, sports, entertainment and lifestyle, log on to our website latestly.com).