Andor is a Star Wars spinoff series that takes place before Rogue One and is created by Tony Gilroy. Starring Diego Luna, the series tells the origins of Cassian Andor and also stars Stellan Skarsgård, Fiona Shaw, Adria Arjona and more. The first season is streaming on Disney+ Hotstar right now. 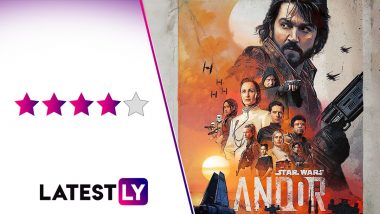 Andor Season Finale Review: In my initial review for the first four episodes of Andor, I talked about how there was an intimate aspect to the story with the series focusing more on the smaller man, rather than the big stuff. Now 12 episodes later, those aspects have been executed with such care and more, that Andor has perhaps become not only one of my favorite things to come out of Star Wars, but one of my favourite shows this year. PS - the review will contain mild spoilers, so read at your own risk. Andor Review: Diego Luna’s 'Rogue One' Spinoff Series Revels In Providing Refreshing and Intimate Take on the Star Wars Saga! (LatestLY Exclusive).

Picking up in the midst of Maarva’s (Fiona Shaw) death, Cassian (Diego Luna) decides to go back to Ferrix for her funeral. With the city being heavily guarded by the Empire in the hopes of Andor showing up, Dedra (Denise Gough) allows the city to hold a traditional funeral, while Luthen (Stellan Skarsgård), Vel (Faye Marsay) and Cinta (Varadu Sethu) hope for the Empire to find Cassian for them so that they can easily take him out. However, things don’t exactly go according to plan as Cassian is more concerned with saving Bix (Adria Arjona) and getting out of Ferrix alongside Brasso (Joplin Sibtain). 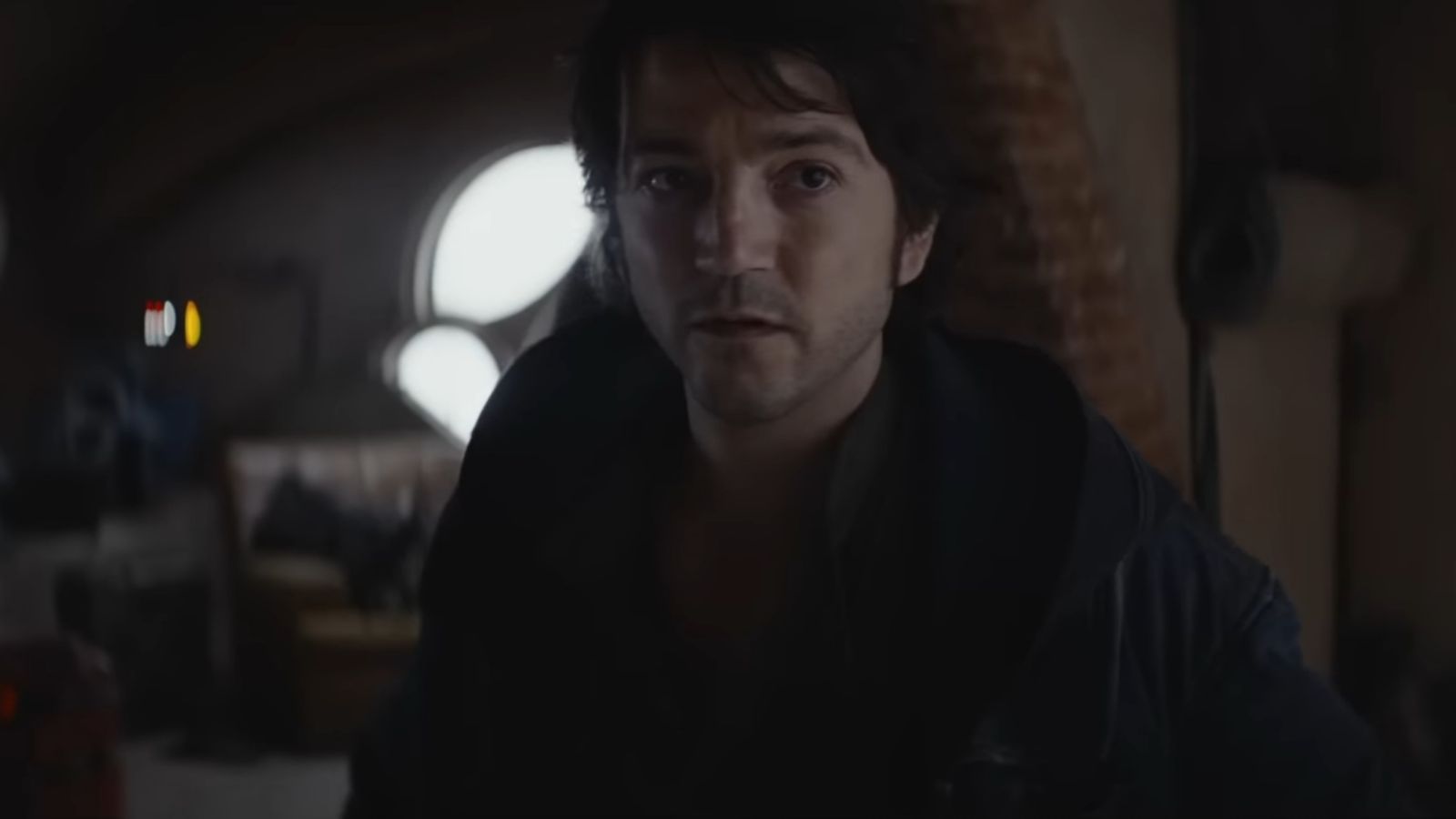 The best thing about Andor so far has been is that how it takes time to develop itself. The writers have done a great job at letting moments breathe and building up to a climax that feels earned. As previously mentioned, this episode features a huge funeral for Maarva which ends up becoming the big set piece for this episode. Beginning off with B2EMO (Dave Chapman) playing a hologram of Maarva sharing her final words, she gives an epic speech about taking on the empire which left me rivetted.

“The Empire is a disease that thrives in darkness, it is never more alive than when we sleep,” she exclaims as Nicholas Britell’s rebellious score blares up in the background. Powerful and inspiring words that have an impact, it leads into an action-packed sequence that will blow your socks off, and that’s what made the entire episode such a treat. Andor has had one of the best depictions of the Empire out of the original trilogy, and its themes of fascism service the overall feel of the universe so well. It hones in on the fact that you can never rely on half-measures while fighting this disease, you need to go all out and that’s what makes this grim take on the Galaxy’s darkest timeline such an interesting watch.

It feels like a more mature take on this universe that we all grew up with. A truly different stance where the moral ambiguity of sacrificing something for the greater good comes into the question. Tony Gilroy makes sure in his writing that everyone is desperate – the circumstances call for a hefty price, and one that’s needed to be paid to bring down the Empire.

Diego Luna brings in a powerful performance like always, yet the show now feels bigger than him. Andor ends up feeling like an ensemble in its final moments where the inclusion of everyone matters. From Luthen to Brasso, the performances for these characters are stellar across the board with Stellan Skarsgård and Fiona Shaw being a particular highlight. 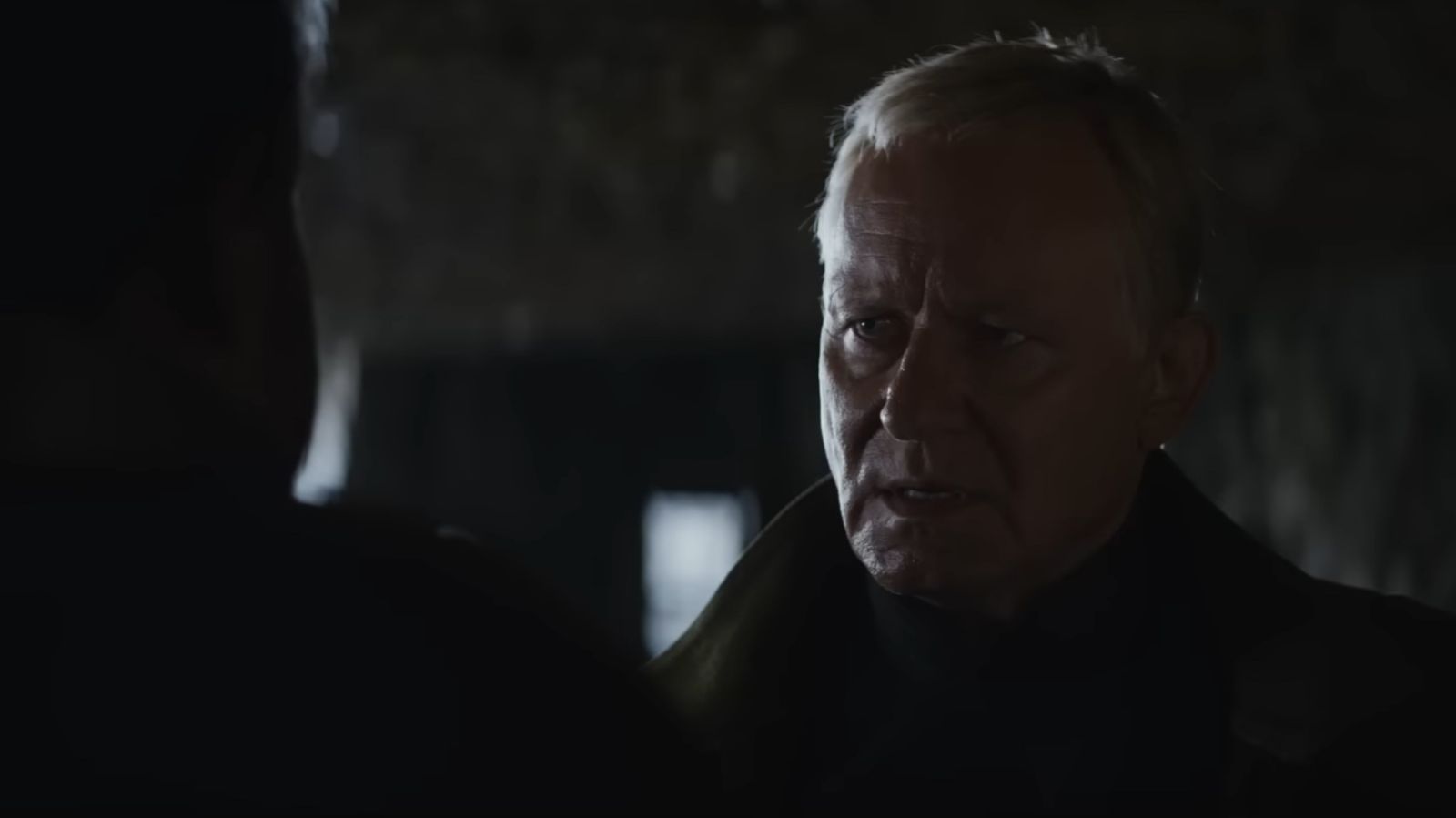 If I had one issue with this episode, then it would probably be how underutilised Genevieve O’Reilly’s Mon Mothma felt. While her plot does move forward, there just wasn’t enough to latch onto. That’s not to say the ending here doesn’t fit with the story. Andor Episode 10 Review: Netizens React to the Exhilarating Prison Break in Diego Luna's 'Star Wars' Series; Laud Andy Serkis' Performance.

Andor also effectively made Rogue One a much better film for me. Going back and rewatching it now, Cassian feels like a much more layered character, and the post-credits scene that was present in this episode, made the eventual fate of Cassian so much more heartbreaking.

Mon Mothma Doesn’t Get Much to Do

Gearing up to go into the final stretch with season two, Andor was what Star Wars needed all along. A character-driven tale that focuses on the common man taking the fight to the Empire, Tony Gilroy truly crafted something special over here. The first season of Andor is streaming on Disney+ Hotstar right now.

(The above story first appeared on LatestLY on Nov 23, 2022 03:18 PM IST. For more news and updates on politics, world, sports, entertainment and lifestyle, log on to our website latestly.com).