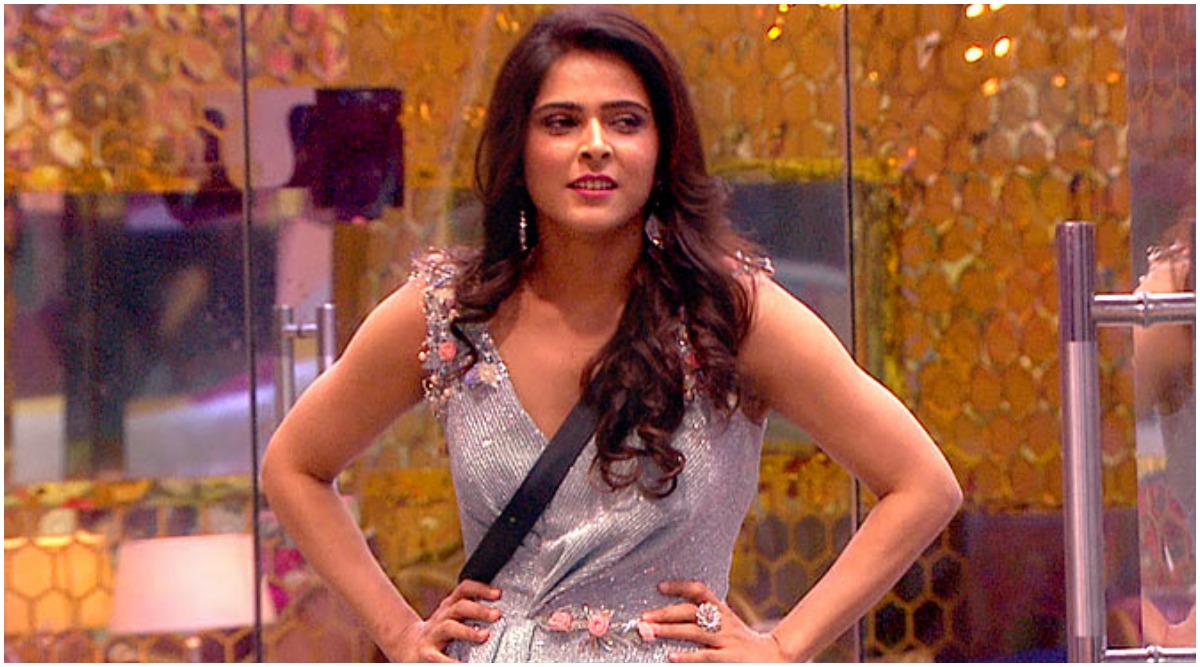 The controversial show, Bigg Boss 13, has kept viewers hooked, courtesy the never ending dramas that keep happening inside the house. There are times (rare occasion) when we’ll even get to see some light-hearted moments as well, but it is all the drama amongst the Bigg Boss contestants that spice up the show. Few days ago, the heated argument between Madhurima Tuli and Vishal Aditya Singh turned into a huge controversy. The entire nation saw how Madhurima hit Vishal with a slipper and that really didn’t go down well between the two. Is that one of the major reasons for Madhurima to get evicted on this Bigg Boss 13 Weekend Ka Vaar? Bigg Boss 13: Madhurima Tuli Hits Vishal Aditya Singh With Slipper (Watch Video).

For this week’s elimination, the entire house for nominated. The given task did not help the Bigg Boss 13 contestants to save themselves from the eviction nomination process. As per a post shared by the Reality Post on Twitter, Madhurima Tuli has been eliminated from Bigg Boss 13. Yes, she has to bid adieu to the controversial reality TV show hosted by Salman Khan. Her fans are undoubtedly disappointed to see her go home. 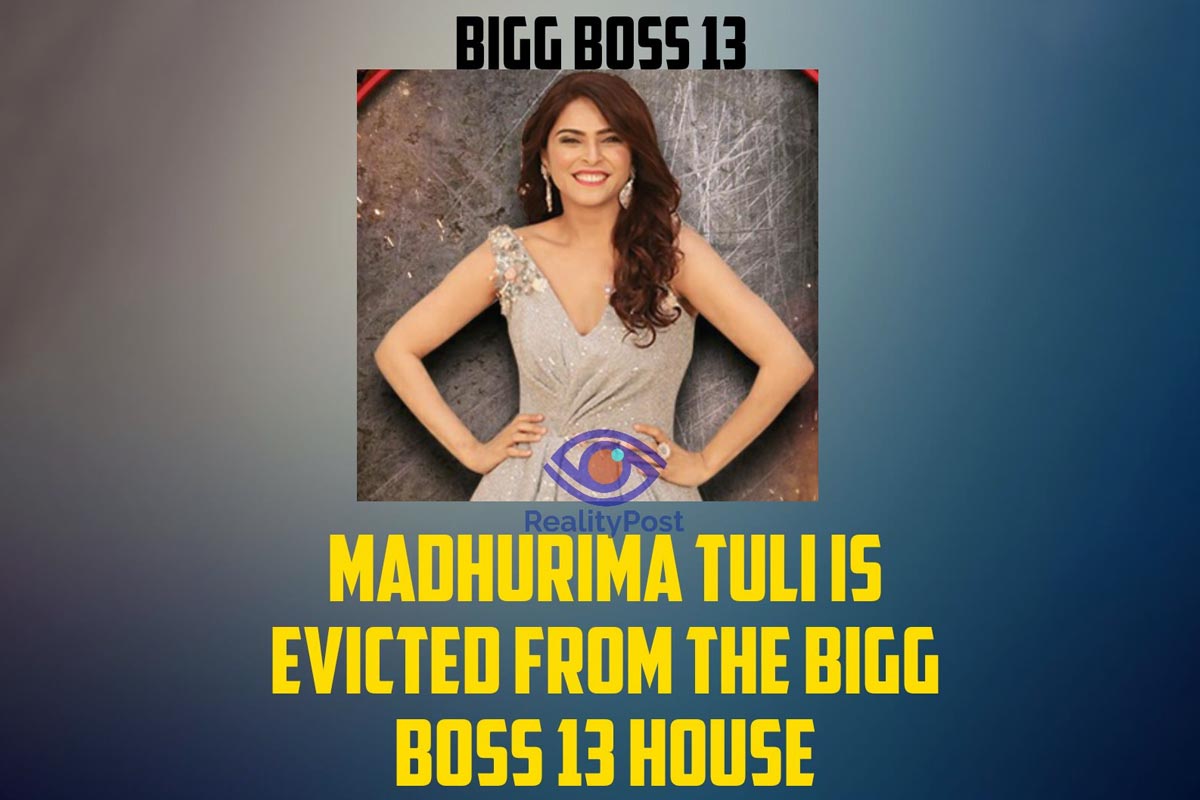 Fans are unable to believe that Madhurima Tuli would be going home tonight. The Bigg Boss 13 Weekend Ka Vaar episode will be tonight at 09pm. Did you expect that Madhurima will get evicted this time? Or which other contestant did you want to see get eliminated from the show? Share your thoughts with us in the comment section below.