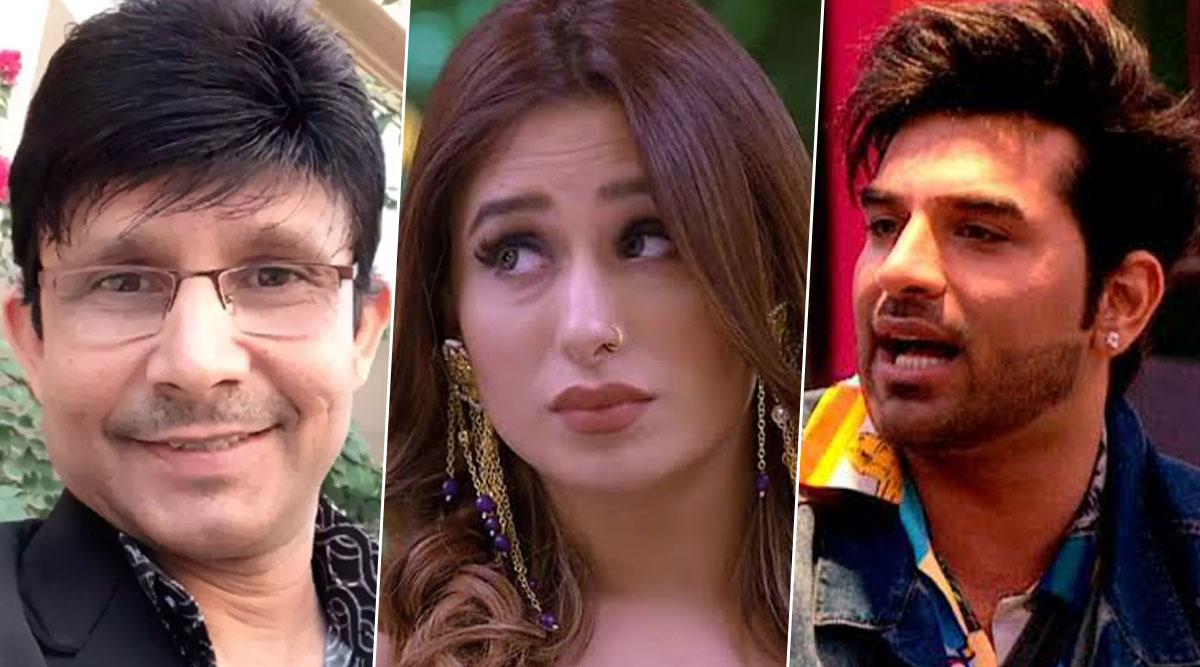 The controversial reality show, Bigg Boss 13 is getting interesting with each passing day. Having said that, fans love the show to the t and are often vocal about the same on Twitter, there are also a few celebrity reviewers of BB 13 who are always at their best on the micro-blogging site. Among the many is the unfiltered man, Kamaal R Khan who is known to take digs at Bigg Boss contestants. Earlier, he had confessed his love for Devoleena Bhattacharjee and from quite some time has been slamming Mahira Sharma and Paras Chhabra. Now, going by his latest tweet, KRK called Mahira, Chipkali Sharam and well we live to you to decide if he is right or wrong. Bigg Boss 13: Shehnaaz Gill’s Father Santok Singh Keeps a Gunned Bodyguard During an Interview, Twitter Has Some Hilarious Questions (Read Tweets).

In his tweet, KRK lashed at Mahira and said that if she wants to listen tareef about herself, here it is. KRK tagged her as Battakh Ke Hoton Wali Chipkali Sharma and also added how she is the worst chic on Bigg Boss 13. Not just this, later he also called out Paras a Bhaalu and Meetha. We wonder what would be the reaction of Mahira and Paras, if KRK had told the same thing on their face? Bigg Boss 13: Shehnaaz Gill Kisses Asim Riaz to Make Sidharth Shukla Jealous, and It’s the Cutest Thing Ever (Watch Video).

And Here's One For Paras:

Meanwhile, in tonight's episode, comedian Paritosh is going to enter the house and create a fun-filled environment. We will also see contestants of BB 13 indulging in some stand-up comedy for the first time wherein Rashami Desai and Sidharth Shukla will again take digs at each other. We cannot wait for the episode to air. Stay tuned to LatestLY for all the updates from Bigg Boss!