Bigg Boss 13 Weekend Ka Vaar Promo: Hindustani Bhau Says, One Can’t Use the Washroom After Shehnaaz Gill’s Been There 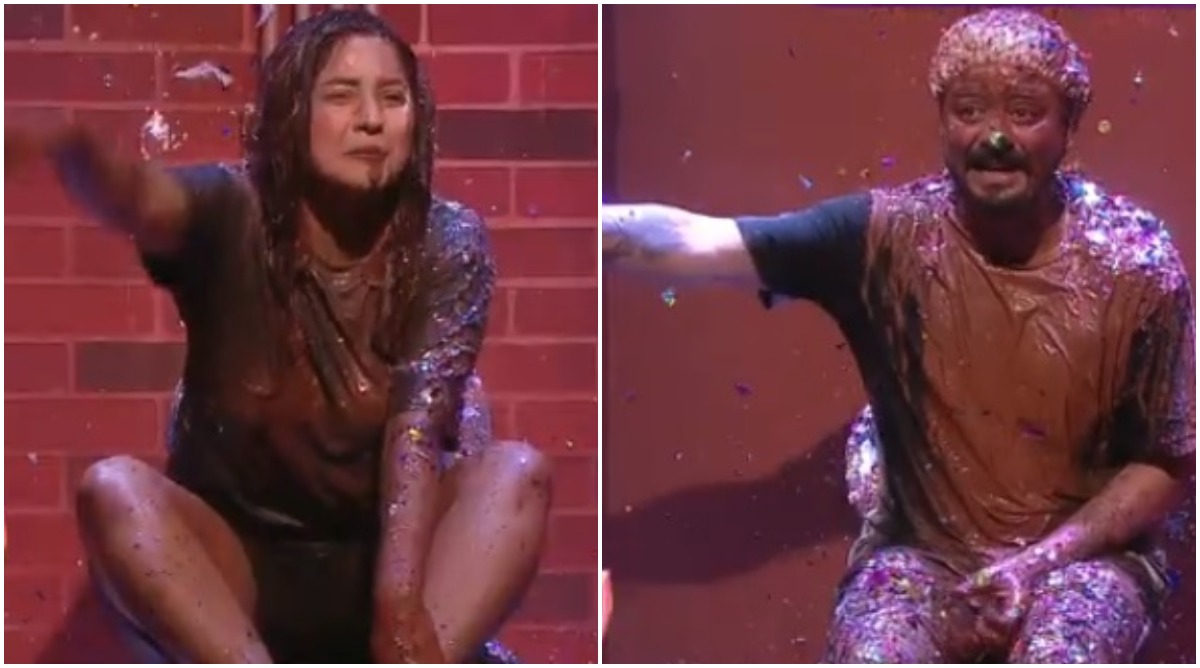 The thirteenth season of Salman Khan hosted popular controversial reality show Bigg Boss 13 is back with a bang and has been trending on social media since day one for several reasons, right from comedy, drama, fights to nominations and eliminations. In last night's episode, Salman Khan lambasted the contestants for the chaos they had created in the house and also announced that Tehseen Poonawala has been evicted from Bigg Boss 13. And tonight's episode will see Salman Khan playing a fun task with the contestants. Bigg Boss 13 Weekend Ka Vaar Highlights: Tehseen Poonawala Has Bid Adieu to Salman Khan’s Show?

In the task, Salman will be seen asking a few questions to Paras Chhabra-Mahira Sharma, Shehnaaz Gill-Hindustani Bhau and Sidharth Shukla-Asim Riaz and if the housemates are not convinced with these jodis' answers, then they will be showered by colors or garbage or feathers etc. With every answer, the contestants are punished which leaves the housemates in splits. Bigg Boss 13 Weekend Ka Vaar Preview: Vishal Aditya Singh Enters Salman Khan’s Reality Show as Wild Card Contestant

Tonight, apart from Tehseen Poonawala's eviction, Bigg Boss 13 will also see a wild card entry. That's right! Vishal Aditya Singh, who was last seen in Nach Baliye 9 along with his former girlfriend Madhurima Tuli, will enter the Bigg Boss 13 house as a wild card and join the other contestants in the house. Share your thoughts on this in the comment section below. Stay tuned!