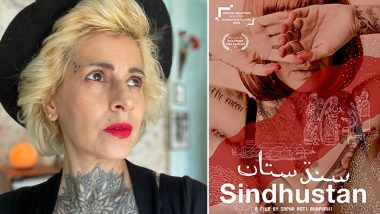 The two films also bagged the top prize in the categories of Tribal Community and Diaspora Culture, respectively. A film each from two continents shared the Jury Special Award - I Am A Black Sculptor (The Netherlands) directed by Robin van Erven Dorens and Cumbia Around The World (Argentina) directed by Pablo Ignacio Coronel.

Both these films also won the top slot in the categories of Art & Artisans and Music, respectively, as the virtual awards ceremony concluded here on Wednesday evening. Former Bigg Boss Contestant Sapna Bhavnani Gives A Kickass Answer To Trolls Who Criticised Her Kiss Picture With Bani J (View Pic)

The festival -- supported by UNESCO New Delhi, JLF LitFest and CIFEJ -- commenced on July 17 and will continue online till August 16 for global audiences with all the officially selected films available for viewing by film buffs worldwide, said Nagda.

Another dozen films received prizes in various categories from around the world, including four Indian entries.

In the past three days, the festival witnessed talks, panel discussions, workshops, and other events with a total of 74 films from 21 countries screened of which 42 movies were in the competition section.

(The above story first appeared on LatestLY on Jul 21, 2021 11:30 PM IST. For more news and updates on politics, world, sports, entertainment and lifestyle, log on to our website latestly.com).