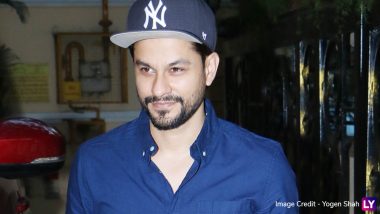 Kunal Kemmu, who was expected to make his small screen debut with Sunil Grover's Kanpur Wale Khuranas has opted out of the comedy show. This has indeed come as a shock to his fans because Kunal had already shot for the promo of the show. Speaking about why he couldn't go ahead with Kanpurwake Khuranas, Kunal told DNA, There were a lot of things happening even while I was getting into it. I knew that the dates for Kalank’s climax shoot might be around the same time as it was planned. There are a lot of actors involved in the scene, so that couldn’t be shifted. I also realised that television has a fixed schedule and unfortunately, we couldn’t work around the dates. I am shooting for Kalank from December 14 till the end of this month. I’m happy the makers found Aparshakti (Khurana) to host the programme. I’ve known Preeti and Neeti Simoes (producers of the show) for a long time and they suggested we should do something together, but TV is a big commitment for me. This limited edition series of 16 episodes was perfect, but it eventually didn’t work out. We are still hoping we can find something in the future. I wish everyone involved with the show the very best and look forward to watching it soon." Go Goa Gone 2: Not Zombies! Saif Ali Khan, Kunal Kemmu, Vir Das and Anand Tiwari to Battle These Scary Monsters - Read Deets.

Kunal, who made his Bollywood debut with Kalyug will also be seen in Go Goa Gone 2 after Kalank. However, with the script still being written down, the actor revealed that he will start working on the film only in March. "The scripting is in process right now and the idea is to start in March if everything works out correctly. This film is close to my heart as it was with Go Goa Gone that I learnt how to be a writer (I had penned its dialogues). The movie was with Raj (Nidimoru), (Krishna) DK and me for a long time when we were in the process of putting it together, and finding somebody who will make it. Initially, nobody thought we would do a zombie film and a different kind of comedy, but it was well-received. We had taken three months off for writing it. Now, that the characters are established, there will be something newer in the story, but this time I’m not part of the scripting process," revealed Kunal.

(The above story first appeared on LatestLY on Dec 08, 2018 09:49 AM IST. For more news and updates on politics, world, sports, entertainment and lifestyle, log on to our website latestly.com).