#MeToo in Bollywood: Salim & Sulaiman to Replace Anu Malik in the Coming Episode of Indian Idol 10 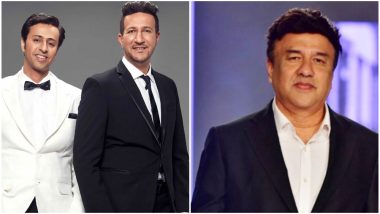 The #MeToo movement in Bollywood is not going to end anytime soon. Many popular names in the industry circle, including Subhash Ghai, Vikas Bahl, Nana Patekar, Sajid Khan, Vipul Shah, and Anu Malik were accused of sexual harassment by the victims and strict actions are still being taken to condemn their heinous acts. After Sajid Khan and Nana Patekar willingly decided to quit Housefull 4 amidst the allegations against them, Anu Malik too, decided to step down as the Indian Idol 10 judge. Sony had officially issued a statement saying he has been asked to step down as the judge of the show and will be replaced by other prominent personalities. While one was curious to know who would step in his shoes at such a short notice, we now learn that Salim - Sulaiman were approached for the same and they have already given their nod. #MeToo Allegations Against Anu Malik Refuse to Stop; 2 More Women Share SHOCKING Details of The Singer's Sexual Misconduct.

According to a report in Times of India, Salim-Sulaiman will join Vishal Dadlani and Neha Kakkar on the judges' panel as guests in its coming episode. We believe the guest judge will be replaced every week while Vishal and Neha will continue with their existing positions. #MeToo in Bollywood: Anu Malik, Sham Kaushal, Alok Nath, Here's the List of All Celebs Accused of Sexual Harassment So Far.

Anu Malik had earlier issued a statement to confirm his exit from the show. "I, Anu Malik, have decided to take a break from Indian Idol as I am currently unable to focus on my work on the show. The channel has been kind to agree for the same. Thank you," he wrote. The entire controversy started when singer Shweta Pandit and Sona Mohapatra accused the singer of sexual harassment and they were later joined by two more women who requested to be anonymous. The #MeToo saga is a classic case of karma being a b***h.

(The above story first appeared on LatestLY on Oct 22, 2018 10:42 AM IST. For more news and updates on politics, world, sports, entertainment and lifestyle, log on to our website latestly.com).