More women have come out to accuse Anu Malik of sexual misconduct. In the wake of the #MeToo movement, no victim/ survivor wants to keep quiet but wants to raise her voice against their harassers and see them get punished. 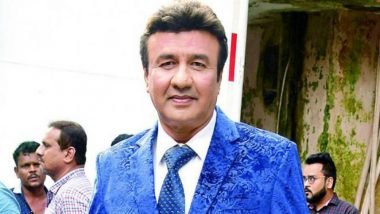 More women have come out to accuse Anu Malik of sexual misconduct. In the wake of the #MeToo movement, no victim/ survivor wants to keep quiet but wants to raise her voice against their harassers and see them get punished. Two women, who refused to reveal their identity, have shared shocking details of Anu Malik asking them for sexual favours. #MeToo: Shweta Pandit Accuses Anu Malik of Sexual Harassment; Calls Him a Pedophile.

In an interview to mid-day, a survivor, who was an aspiring singer back in the 90s recounted her story revealing how she met the music composer for a meeting where he "accidentally" rubbed his body against hers and apologised to her later when she expressed shock.

Few days after that, she was coordinating with Anu Malik about a fundraiser. She went to meet him at his residence with her friend. The singer introduced her to his wife and his daughter. A couple of days later, he called her to his house for another meeting and this time the survivor went alone.

After they had a formal discussion, he took her to the lounge and Anu sat next to her. His family was not home and Anu lifted her skirt and dropped his pants. A doorbell rang and she tried to escape, but Anu caught hold of her in a narrow passage and apologised saying that he was a passionate guy. He threatened her that if she would tell anyone about it, nobody would believe her. He offered to drop her home and she got into his car. Anu Malik then drove into a dark, empty maidan where he dropped his pants and asked her to lick him.

"He simply unzipped his pants and asked me to lick him! I told him no and urged him to let me go, but he pulled me by my hair and stuffed my face in his lap, hurling abuses as he did so," she said. A security guard tapped on Malik's car window and as he spoke to the guard, she ran.

Another survivor narrated a recent incident that took place during the auditions of Indian Idol 10. The survivor, who is an aspiring singer was approached to participate in the show which is being judged by Anu Malik, Vishal Dadlani and Neha Kakkar. The makers offered her to join the show as a wildcard entry. However, she refused to do so since it had Anu Malik as one of the judges and he had sexually harassed her seven years ago.

During a meeting with Malik, he asked her if she had a boyfriend. She said that she didn't. He said, "Then you must be so lonely." He then asked her to wear a chiffon saree the next time they'd meet. She was obviously shocked. So when got up and tried to leave, he grabbed her and hugged her while running his hands over her body. Since they were in a soundproof recording studio she couldn't even scream. She pushed him away which is when he said that “I am happy with my wife, I am a sensitive man.”

(The above story first appeared on LatestLY on Oct 20, 2018 11:53 AM IST. For more news and updates on politics, world, sports, entertainment and lifestyle, log on to our website latestly.com).