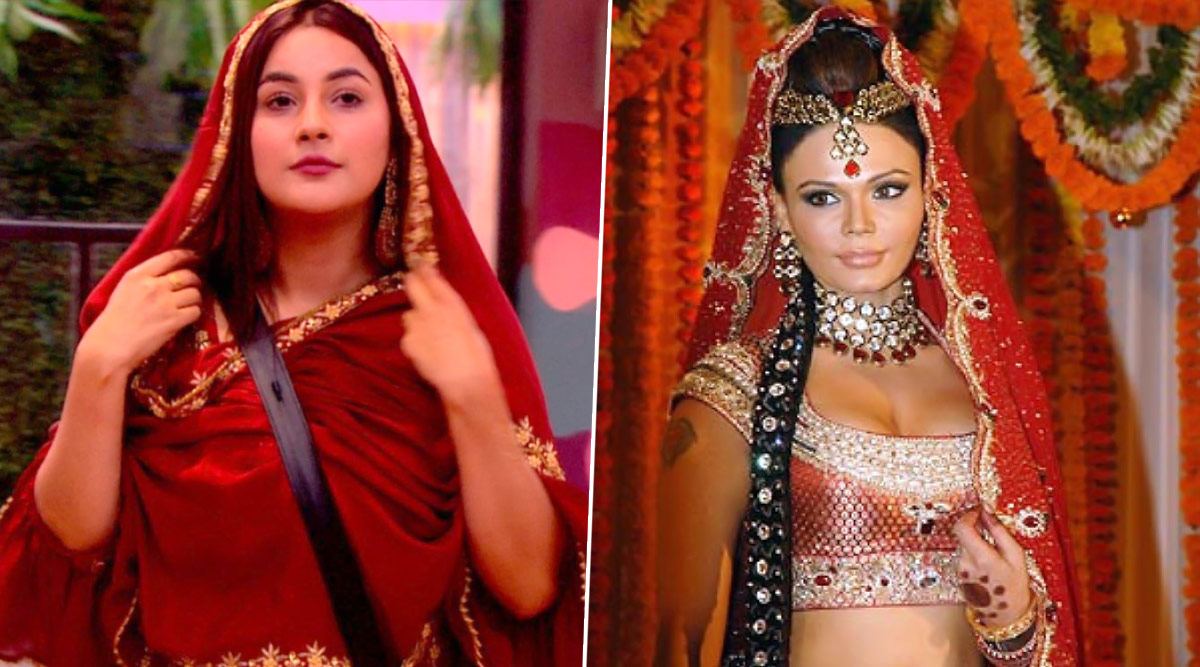 After giving it all on the most controversial reality show on Indian TV, Bigg Boss 13, Shehnaaz Gill and Paras Chhabra are all set to be part of Colors latest show titled Mujhse Shaadi Karoge. The concept of this one is as desi as it gets and will see Paras and Sana looking out for their better halves. The promo of the same was out a few days back and must say it did look promising. But looks like there is someone from Shehnaaz's family who has a problem with the show and its none other than her dad, Santokh Singh. In a conversation with Desi Martini, Shehnaaz’s father claimed that if the channel does not make a move, then he will take Shiv Sena’s help. “If my daughter is forced to do a wedding based show, I will take Shiv Sena’s help,” he said. Mujhse Shaadi Karoge First Promo: Shehnaaz Gill-Paras Chhabra Are All Set and Decked Up to Hunt for Their Better Halves (Watch Video).

Concerned about his daughter's image, Santokh added that “Instead of building an image of Sana that is close to Katrina Kaif, they are trying to build an image of hers like Rakhi Sawant’s.” Well, he did not stop there and ahead revealed how the makers of Bigg Boss wanted only Sidharth Shukla to lift the trophy. He said, “They have made sure the (Swayamvar)  promo is already out because they wanted the voting for Shehnaaz to stop so that they could make Siddharth Shukla the winner.” Well, if all the things said above are true, don't you think it's an unfair game by the channel? Bigg Boss 13: Sidharth Shukla’s Ugly Spat With Arjun Kapoor From Khatron Ke Khiladi Goes Viral (Watch).

Check Out The Promo of Mujhse Shaadi Karoge Below:

Santokh also spoke about the paycheque Shehnaaz received from Bigg Boss 13 as compared to the other contestants who were locked inside the house. “There are other contestants who have been paid Rs 2 crores but they haven’t quite done anything in the show. But my daughter is just given Rs 10 lakhs. She has done so much in the show and now they are literally driving her mad and they are making her do things,” he said. Stay tuned to LatestLY!