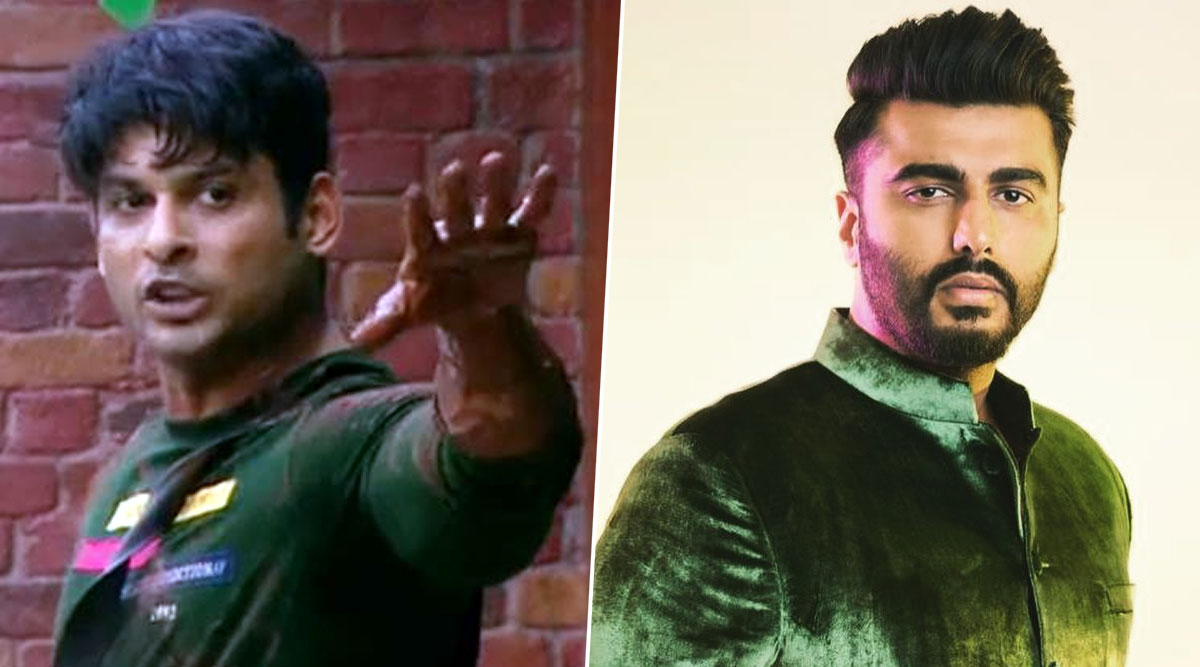 The most loved and controversial reality show, Bigg Boss 13 is going to come to an end in just a day. As the grand finale of the show is all set to take place on February 15, 2020. Currently, we have the top 6 locked inside the house and the makers are making them all re-live their journey by showing them a video. It was on yesterday's (Feb 13) episode, when we saw how Arti Singh and Sidharth Shukla got all emotional after watching their 140 days safar on the show. Amidst all things nostalgic, many videos of the BB 13 contestants are going viral on the web and among them is Sidharth Shukla and Arjun Kapoor’s fight. Yes, you read that right! Bigg Boss 13: Rashami Desai to Get a ‘Family’ Surprise, As Mother Rasila Is All Set to Enter the House?

Now, if you have been a regular viewer of the current season, you will know how Sidharth Shukla and aggression go hand-in-hand. There has not been a single week on Bigg Boss 13 that Sid has not locked horns with anyone in the house. Talking on the same note, we recently bumped into viral video in which we see Bollywood actor Arjun Kapoor and Sidharth in a verbal spat. The clip is from Khatron Ke Khiladi season 7 wherein Kapoor was the host. Arjun and Sid's fight get so ugly that the other contestants on the action-packed reality show try to stop Shukla. Bigg Boss 13: Sidharth Shukla Beats Asim Riaz, Fans Want the Former to Lift the Winner’s Trophy (Poll Result Inside).

Check Out The Throwback Video Below:

Ahead as seen in the video, Arjun gets so pissed with Sidharth that he almost leaves the spot. Well well, looks like Sidharth is surely an 'angry young man'. However, the reality is that this one was a prank by Arjun to check on the reaction of the other contestants. Meanwhile, coming to BB 13, tonight fans will see Asim Riaz, Shehnaaz Gill, Rashami Desai and Paras Chhabra will be tears and re-live their journey on the show. Stay tuned!