Mujhse Shaadi Karoge First Promo: Shehnaaz Gill-Paras Chhabra Are All Set and Decked Up to Hunt for Their Better Halves (Watch Video) 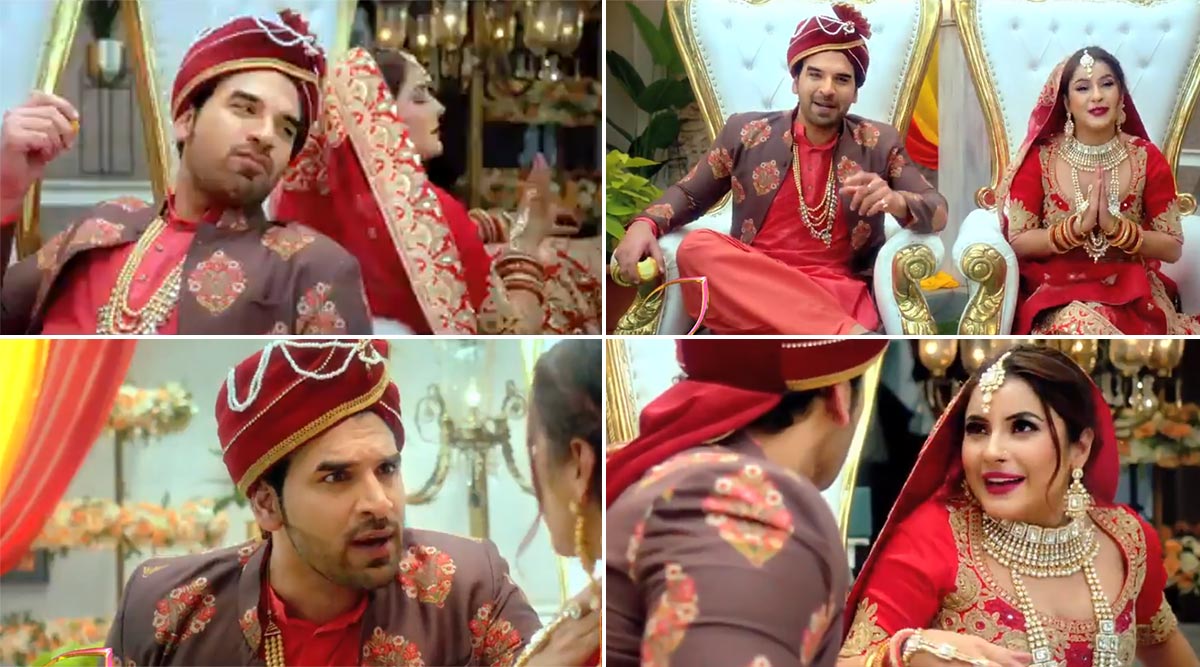 It's shaadi time for Bigg Boss 13 fame, Shehnaaz Gill and Paras Chhabra! Nope, the two are not getting married to each other, as there's a twist to this tale. Well, after the controversial reality show, Bigg Boss will come to an end on February 15, the duo will be seen on a new show on Colors titled as Mujhse Shaadi Karoge. The first ah-mazing promo of the said show is out and we bet you will fall in love with it. Going by the glimpse, Paras and Shehnaaz are all set to look out for their better halves on this one. Bigg Boss 13: Shehnaaz Gill’s Swayamvar Put on Hold, and We Wonder Who 'Flipped' This Time.

The video sees Shehnaaz looking beautiful in a bridal avatar whereas Paras, on the other hand, also will win you over with this charming groom get up. The two in a conversation tell their fans that they are seeking out for a soulmate on the show. For this one, Maniesh Paul will turn into a host and it'll replace Bigg Boss 13. Few reports regarding this show hint that Sidharth Shukla and Rashami Desai might join the host as mentors to get a suitable partner for the two on a quest. Bigg Boss 13: Sidharth Shukla’s Ugly Spat With Arjun Kapoor From Khatron Ke Khiladi Goes Viral (Watch).

Check Out The First Promo Below:

A lot of sparks can be expected from Mujhse Shaadi Karoge considering Shehnaaz Gill is part of the same. On Bigg Boss, she was a livewire and her more than close friendship with Sidharth Shukla created a lot of noise outside the house. One thing we also hope that this marriage show does not turn out to be a boring one. Reportedly, the show will have numerous tasks and six suitors each. Excited much? We are for sure. Stay tuned!