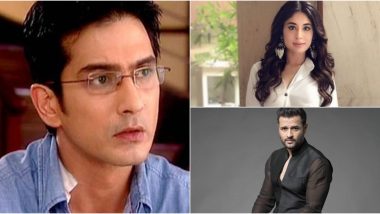 In a shocking incident, TV and Film actor Samir Sharma who was popularly seen in Yeh Rishtey Hain Pyaar Ke has allegedly died by suicide. As per reports, the actor was found hanging in his kitchen as this Malad residence. The 44 Year-old-actor was a well-known face in the TV industry and was also seen in Bollywood films such as Ittefaq, Hasee Toh Phasee among others. The news of his sudden death has sent shock waves in the industry and several celebs including those who worked closely with him, took to social media to express their shock and grief over his passing. Actors such as Sidharth Malhotra, Varun Dhawan, Kritika Kamra, Rohit Roy, Kavita Kaushik, Sneha Wagh and more shared heartfelt condolences to his family. Sameer Sharma, Yeh Rishtey Hain Pyaar Ke Actor, Dies By Suicide.

The actor was also a part of popular serials such as Kahaani Ghar Ghar Ki, Geet, Left Right Left among others. TV actress Kavita Kaushik took to Twitter to express shock over the passing of this actor and mentioned how yet another actor's life has ended. The actress wrote in relation to the recent shocking demise of actor Sushant Singh Rajput. She wrote, "While the whole country is busy fighting each other's opinions over religion n politics, there are humans struggling to just survive, yet another actor ended his life , perhaps no one is genuinely listening and no one really cares unless it fulfills an agenda. R.i.p Sameer." Here are more celeb tweets mourning the loss of Sharma. Samir Sharma No More: Did You Know the Late Actor was a Part of Sidharth Malhotra - Sonakshi Sinha's Ittefaq?

I hope they let you rest in peace Sameer Sharma.

While the whole country is busy fighting each other's opinions over religion n politics, there are humans struggling to just survive, yet another actor ended his life , perhaps no one is genuinely listening and no one really cares unless it fulfills an agenda.

It’s unfortunate @ rate suicides n depression is increasing in our society may be we all need to give it a serious thought and not just think but take actions too 🙏 pic.twitter.com/9e9vHJ67RZ

My heart goes out to the family of #SameerSharma, RIP, hope you get peace🙏🏽 saddened and shocked💔

#RIP #sameersharma..only you know what reasons you had to take your life. I spent a wonderful year with you shooting our tv show “Four”. #rip

Yet another life claimed...yet another journey cut short... How many are we waiting for before we take mental health more seriously... Let’s discuss things which are important rather than debate conspiracy theories... I wish I could say the worst has passed... I’m afraid the worst is yet to come... Sam, RIP my friend. 😢🙏🏼

Samir Sharma's passing has come at a time when the nation is already trying to cope with the loss of yet another fine Bollywood actor Sushant Singh Rajput. We pray for Samir Sharma's family to find strength in this trying time.

(The above story first appeared on LatestLY on Aug 06, 2020 03:45 PM IST. For more news and updates on politics, world, sports, entertainment and lifestyle, log on to our website latestly.com).