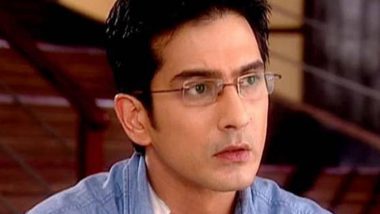 Popular actor Sameer Sharma has allegedly died by suicide. The actor was found hanging in his kitchen at his residence in CHS building of Malad West. Mumbai police have reported it under Accidental Death Report. More details will follow soon. As per a report by mid-day, the night duty watchman saw the body and informed the residents of the building. As per the report, police says that death occurred two days back. There was no suicide note found on the spot. "A case of accidental death has been registered and the body has been sent for autopsy,” said senior inspector George Fernandez, Malad police station.

In the recent past, TV actors like Preksha Mehta and Manmeet Grewal have died by suicide. Sushant Singh Rajput, who started off his career with TV and went on to become a popular Bollywood actor, also died by suicide on June 14. May their soul rest in eternal peace.

(The above story first appeared on LatestLY on Aug 06, 2020 01:08 PM IST. For more news and updates on politics, world, sports, entertainment and lifestyle, log on to our website latestly.com).