While the title of the movie is a bit unclear, we assume it's Meenakshi Sundareshwar. Sanya Malhotra and Abhimannyu have been roped in to play the South Indian characters and going by their first look, we know it's about the wedding and everything else that comes before that. 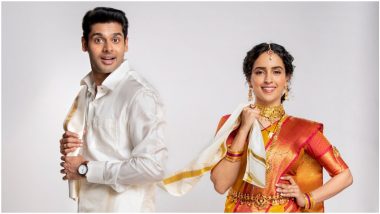 Wedding tales are always welcomed in Bollywood and now the digital space as well. From Anushka Sharma's Band Bajaa Baraat to Alia Bhatt's 2 States and the recent being Made in Heaven and Ginny Weds Sunny, the tales revolving around or related to marriages often strike a chord with Indian audiences. Hence, when Karan Johar announced his new project starring Sanya Malhotra and Abhimannyu Dassani, we weren't a bit surprised but excited instead. Netflix India Announces 17 'Hindi' Originals, Fans Ask 'Where Is Regional Content?' (Read Tweets).

Titled Meenakshi Sundareshwar, the film will have Sanya Malhotra and Abhimannyu playing South Indian characters and going by their first look, we know it's about the wedding and everything else that comes before that. "What's in a name? Marriage, love, laughter, tears.  Meenakshi Sundareshwar is ready for it all," captioned Karan Johar while sharing the first look of his lead stars from their next project. It did remind us of Alia and Arjun from 2 States but that's mainly 'cos of their attires and nothing else. Netflix Makes Streaming Free in India for December 5 and 6; Enjoy the Weekend Binge-Watching Your Fav Web-Series and Movies! 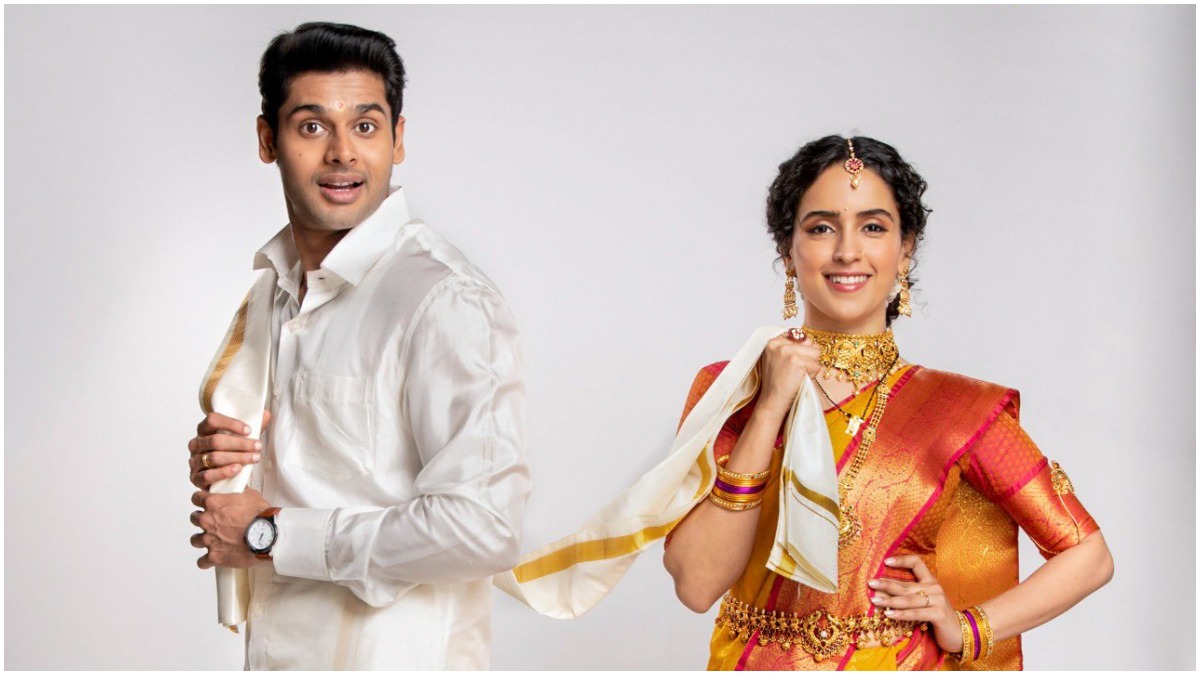 The movie will have an OTT premiere and will hit Netflix, the release date of which will be announced very soon. Sanya is currently riding high on the critical success of Ludo and it would be a delight to see her with Abhimannyu. We are so looking forward to their reel-life wedding shenanigans.

(The above story first appeared on LatestLY on Nov 25, 2020 12:46 PM IST. For more news and updates on politics, world, sports, entertainment and lifestyle, log on to our website latestly.com).