Sayani Gupta: With OTT, You No Longer Need To Be a Star To Get Hired in Films or Shows

Sayani Gupta has been praised for performances in films like Margarita with a Straw, Article 15 and Jolly LLB but she found greater success on the digital medium with shows like Inside Edge and Four More Shots Please. She currently voice features in the new Audible Original thriller Buri Nazar. 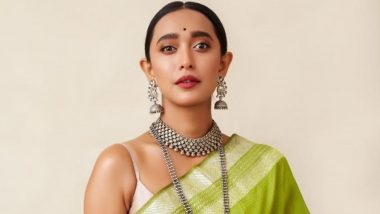 Actor Sayani Gupta says the rise of streaming platforms in the country has shattered the hierarchy of stardom with artistes today getting work democratically. Gupta has been praised for performances in films like Margarita with a Straw, Article 15 and Jolly LLB but she found greater success on the digital medium with shows like Inside Edge and Four More Shots Please. Four More Shots Please Season 3: Kirti Kulhari, Maanvi Gagroo, Sayani Gupta and Bani J to Start Shoot of Amazon Prime Show Soon.

Gupta said OTT platforms have come as a boon for artistes who are now blessed with abundant opportunities, which the big screen would not have offered. "The hierarchy of stardom has been shattered in a big way. People now know you thanks to the internet and your shows. You no longer need to be a huge star to be cast in a show or a film. You are cast because you are right for the part. That's what is the most important," the 35-year-old actor told PTI in an interview. Sayani Gupta Dripping That Six Yards of Gorgeous Elegance in Green Is a Wardrobe Must-Have Hue!

In her career of nearly a decade, the Kolkata-born actor has had three films released on OTT platforms, including Pagglait, which was one of the most critically-acclaimed movies of the current year. Gupta said the changing dynamics of the entertainment industry has ensured that the demarcation between a theatrical film and a movie releasing on a streaming platform has completely vanished. "While I don't think that everything that's coming out is great - it mostly isn't, but there's a lot of varied content that you can watch. As an actor, there couldn't be a better time to be a part of the industry.

"A huge new horizon has opened in front of us. Now it doesn't matter if your film is coming in a theatre or on OTT. Certain films were never meant for the big screen, now we know that they don't have to. We are happy to watch a lot of shows and films on our own devices, it (the process) has become more intimate." Gupta currently voice features in the new Audible Original thriller Buri Nazar. Billed as a tale about "cultural miscommunications, family secrets, and the lingering echoes of trauma", the audio show also voice stars Supriya Pathak and Rithwik Dhanjani as narrators.

Buri Nazar chronicles the story of a mother who grows increasingly suspicious of her daughter's new boyfriend as she is convinced that the Evil Eye, a curse that brings continuous misfortune, was cast upon her daughter in the womb. Gupta said she was fascinated with how the show transforms from a light-hearted family-dramedy to a supernatural thriller. "I thought it was an interesting twist, you don't quite expect what happens. I really liked the banter between the mother and the daughter, which is similar to what I have with my mother, although not on this topic. I was quite happy how it read and was thrilled to be doing it," she added. Buri Nazar is told through a series of phone calls and voicemails and penned by playwright Madhuri Shekar. It is adapted into Hindi by Noopur Sinha.