A man who was a junior artiste on the sets of Taraak Mehta Ka Ooltah Chashma has been apprehended by cops in Surat, Gujarat for chain snatching and theft. 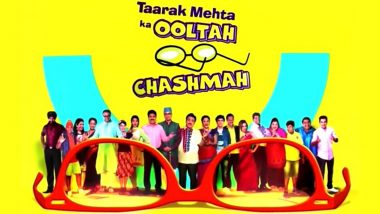 Mumbai Mirror reports that a struggling actor who appeared on the hit sitcom Taraak Mehta Ka Ooltah Chashmah, has been arrested in Surat. Miraj Kapri and his friend resorted to such malpractices after mounting debts hit them hard. Kapri lost nearly Rs 30 lakh in cricket betting and gambling. To get rid of the same, he started chain-snatching and looting. Kapri and his friend were held at Surat when the Police received a tip-off. They have recovered goods worth Rs 2.54 lakhs.  Taarak Mehta ka Ooltah Chashma Animated Series: Dayaben, Jethalal, Bapuji To Tickle Your Funny Bone as Cartoons (Watch Videos)

The daily also reported that while confessing about the crime, the duo revealed they targeted women more at deserted areas. The stolen bikes were used during snatching so that cops won't trace them back to the culprits. Cops are now looking for the jeweller to who they sold the gold to. According to the report, Kapri has also worked in other shows like Thapki Pyaar Ki and Mere Angne Mein as a junior artiste.

Taraak Mehta Ka Ooltah Chashmah is one of the high TRP generators for SonySAB. It is one of the longest-running shows on Television and is liked by many. t's a family show which everyone can sit and watch and have a hearty laugh.

(The above story first appeared on LatestLY on Apr 06, 2021 05:56 PM IST. For more news and updates on politics, world, sports, entertainment and lifestyle, log on to our website latestly.com).