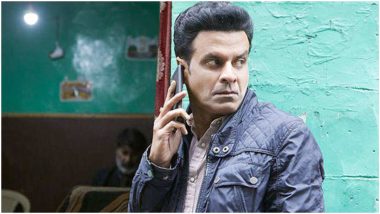 One thing you have to give to the new season of Amazon Prime Video's The Family Man is that it doesn't leave you unsatisfied as the finale of the first season. The thriller series, featuring Manoj Bajpayee in the lead and created by the maverick Raj & DK duo, had an amazing first run, but its finale left us cold in leaving too many holes to be plugged. Thankfully, the second season of The Family Man, despite its other flaws, at least brings its major plotline to a conclusion, whether you like it or not. The Family Man Season 2 Review: Manoj Bajpayee and Samantha Akkineni’s Series Feels a Major Disappointment in Its Second Outing.

What's more, The Family Man season 2 also promises a tantalising epilogue that sets direction to where season 3 heads. So before we get to what happens in the finale of the show, let's warn you that the below contains MAJOR SPOILERS about the new season.

What Happens In The Ending?

Well, Srikanth (Manoj Bajpayee) and his team manage to stop the Tamil rebels from carrying out the plane attack on the PM's meeting, leading to the deaths of Raji (Samantha Akkineni), Selvan (Anandsami) and their other comrades. Srikanth, an injured JK (Sharib Hashmi), and the rest of their team get awarded by a grateful PM for their efforts.

Back at his homes, the family is relieved that Dhriti (Ashlesha Thakur) is safe and sound after she was kidnapped by her fake lover. Srikanth lied to her that Salman is alive, though once she finds out that it is not true, it remains to be seen if she will suffer from the PTSD of killing her captor. Now only the young Atharv is oblivious to what his father does for living.

Meanwhile the guilt that has been eating Suchi has reached a crescendo and in their final scene together, she is about to tell Srikanth, perhaps what happened between her and Arvind (Sharad Kelkar) in Lonavla. Going by his expression, he may be knowing what she is about to say and he is fearing to hear it out. Looks like Srikanth's marital woes would continue in season 3, though they may need to look for a different counsellor, due to the fact that actor Asif Basra sadly passed away last year.

To our surprise, The Family Man's epilogue begins to acknowledge the present pandemic situation to real-life visuals of how COVID-19 affected our lives in 2020 and 2021, through headlines and images about lockdowns, hospitals and deaths. Then we see a man going into his apartment in Kolkata. Taking his mask off, the man takes out his laptop and starts chatting with an unseen and unnamed person through a private app that is mostly in Chinese.

The stranger tells the other person that the country is distracted, most probably by the pandemic. The other person asks, if the phoenixes are in place. It isn't clear what the phoenixes are, though if I have to hark a guess, the person could be referring to sleeper cells. Or may be bombs. The Family Man Review: Manoj Bajpayee's Spy Series Rises Above Predictability With an Engaging Tale on Relevant Issues.

The stranger replies that it is embedded in Nagaland, and then 'ETA Arunachal in two days'. So whatever these 'phoenixes' are, they are presently in Nagaland and in two days, would be taken to Arunachal Pradesh. Looks like Srikanth and team would be heading off to Northeastern territory for their next mission.

Interestingly, earlier in the season, when Srikanth was trying to calm down Milind's guilt, he recalls an encounter he had in Kohima that got a colleague of his called Sujoy got killed. While JK thought he was just bluffing, Srikanth's poker-face doesn't really answer that question. So are we going to solve the mystery of if Sujoy was real or not, in season 3?

Going back to the chat - yup, there is more - the other unseen person tells him that the central command has given approval for LZs. LZs, mostly, means Landing Zones. The stranger asks the other person if Project Guan Yu is a go.

After the pregnant pause, the other person answers that the mysterious Project Guan Yu is a go, and then addresses the stranger as a soldier, thus confirming him to be a Chinese spy. As for what Guan Yu is, well, only season 3 would answer that. Though a quick google search says that Guan Yu was an Chinese military general, who died in 220, and was immortalised through Chinese lore and folktales. Hmmm...

Anyway this epilogue makes it feel like The Family Man is pandering to the infamous conspiracy that the coronavirus was a biological weapon made by the Chinese. Considering that the pandemic is referred to as a distraction. Even if that is not the case, then The Family Man is most likely heading towards the ongoing Indo-China crisis. Hope that the show does a better work of it without ruining the sensitivity of the Northeastern crisis.

(The above story first appeared on LatestLY on Jun 04, 2021 10:41 AM IST. For more news and updates on politics, world, sports, entertainment and lifestyle, log on to our website latestly.com).