The shooting of The Family Man Season 2 had commenced in November 2019 and was wrapped up in March this year. It was originally scheduled to be released on Amazon Prime Video in December 2020. 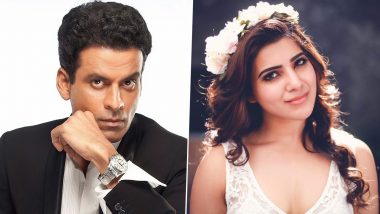 The shoot or other works of several films, TV shows and web series have been delayed this year owing to the lockdown imposed in the wake of coronavirus outbreak. And the once who have resumed the work, the team is expected to follow protocols considering the safety of the entire cast and crew. The web series that has been delayed now is Amazon Prime Video’s The Family Man Season 2. The Family Man Season 2 Wraps With A Bang!

The spy thriller starring Manoj Bajpayee in the lead, with Samantha Akkineni joining in the second season, fans have been eagerly waiting to watch this brilliant show. According to a report in Mid-Day, the makers had to postpone the premiere date of The Family Man Season 2, which was originally scheduled to be released in December, as the editing work is still pending.

A source revealed to the tabloid, “Given the nature of the subject, the show is heavy on VFX. Even though other aspects of post-production progressed swiftly during the lockdown, the elaborate special effects work was considerably delayed. Raj and DK are sticklers for perfection; so, they have decided to wait a tad longer as the latest instalment shapes up to their liking. The editing is underway simultaneously. Though the platform has yet to lock the final date, the show is expected to stream in February.” The Family Man Season 2: Samantha Akkineni Says She Has Broken a Lot of Rules for Manoj Bajpayee’s Amazon Prime Show.

Neither the makers of the show nor the streaming giant have given any official confirmation on the premiere of The Family Man Season 2. The shooting of the show had commenced in November 2019 and was wrapped up in March this year. The first season of The Family Man had become one of the most-watched Amazon Original in India. Let’s wait and watch how the audience responds to the second season.

(The above story first appeared on LatestLY on Nov 23, 2020 08:56 AM IST. For more news and updates on politics, world, sports, entertainment and lifestyle, log on to our website latestly.com).