Vivian Dsena Slams A Fake Twitter Account For Manipulating His Fans; Says 'No Connection With These Fake People'

Vivian Dsena clarified on Twitter that there is a fake account operating under his name which is manipulating his fans. He has no connection with them. 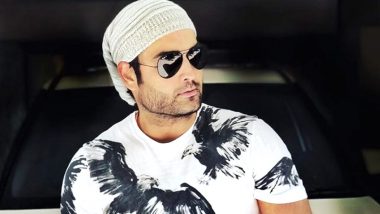 Twitter is a goldmine for all things fake, wild, contemptuous and evil. These days, it's a platform that has no objection with peddling hate as long as it is getting users on board. Fake accounts are one such perilous outcome of this social media site. Vivian Dsena recently had to post a clarification revealing how a fake account has been manipulating his fans. The account which bears the name of the actor has mostly been retweeting other posts or putting up motivational quotes with the actor's image. The last thing the page owner did was retweet Sushant Singh Rajput's trip to the Disneyland. Bigg Boss 14: Neha Sharma, Jasmin Bhasin, Mishal Rajeha, Vivian Dsena, Nia Sharma Here Is The Speculated BB14 Contestant List

Vivian is pretty popular thanks to his shows like Madhubala and Astitva. He has fans all over the world and guess that's what prompted him to protect them from malicious intent on Twitter. But his fans do have other concerns. First check out Vivian's clarification...

Hi guys hope u are all Healthy n safe.

While Vivian's fans are relieved to see his post, they are also happy that he posted at all. Many in the comments section have lamented that the actor doesn't tweet much and some even requested him to do that at least once a month. Wonder what Vivian has to say about that.

(The above story first appeared on LatestLY on Aug 28, 2020 01:57 PM IST. For more news and updates on politics, world, sports, entertainment and lifestyle, log on to our website latestly.com).