WandaVision Episode 7 Recap: From the Agnes Reveal to That Sneaky Mid-Credit Scene, 10 Questions We Have About the New Episode (SPOILERS – LatestLY Exclusive)

The seventh episode, aptly titled Breaking The Fourth Wall, has Wanda (Elizabeth Olsen)'s sitcom reality enters the 2010's in a Modern Family-inspired setup that has characters speak to camera, as if they are being interviewed. WandaVision is streaming on Disney+ Hotstar. 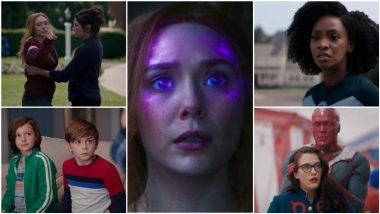 WandaVision Episode 7 Recap: 10 Questions We Have About The New Episode of the Marvel Series (Photo Credit: Twitter)

Right now, the most irritating thing in this damn freaking world are these three words - "Please Stand By". If you don't have a clue what I am talking about, you might have not gotten hooked to Marvel's Disney+ series WandaVision. Every episode ends with the visual of broadcast transmission message of "Please Stand By", and the scene before that is such a huge cliffhanger that you are angry about the fact that you have to wait for a week more to find out how that cliffhanger will play ahead. And if you have watched the seventh episode of WandaVision, your infuriaration at the game-changing cliffhanger would shot off the roof! WandaVision Episode 6 Recap: From Pietro’s Real Identity to That Mind-Blowing Finale, 15 Questions We Have After Watching the Latest Episode of Marvel Series.

Of course, I have to warn you like always, that since we are discussing in depth about the episode, there will be plenty of spoilers ahead. So please be careful, in case you have not watched the series yet.

Anyway, the seventh episode, aptly titled Breaking The Fourth Wall, has Wanda (Elizabeth Olsen)'s sitcom reality enters the 2010's in a Modern Family-inspired setup that has characters speak to camera, as if they are being interviewed. Wanda is away from Vision (Paul Bettany), who is recovering from the damage that was caused trying to get out of the Hex. She is trying to have a quarantine staycation, having the guilt of losing control of her powers at the end of the last episode. Wanda also is seeing the reality around her behaving erratically, as if she is losing control of her 'world'. After waking up from loss of consciousness, Vision helps getting Darcy (Kat Dennings) - who is now an escape artist at a Carnival in Westview - back her memory. Together, they go to meet Wanda, but something or the other keeps blocking them.

Meanwhile, Monica (Teyonah Parris) manages to break into the Hex without losing her memory, and also gaining superpowers in the process. She confronts Wanda and tells her to face the truth of the loss she is going through (Vision's death). Agnes (Kathryn Hahn) takes Wanda away to her home, where Wanda realises that Agnes is unlike her 'trapped' victims. She is Agatha Harkness, a witch who is the one manipulating things around Wanda, including bringing back Pietro with another face. The episode ends with the reveal that in this reality, we have been secretly watching Agatha's show all along.

With such a deceptively thrilling cliff-hanger, our curiosity levels are on all-time-high. And like every other episode in this series, the seventh episode leaves us with some baffling questions about what we just watched and where the show is heading towards. Like these 11 below... 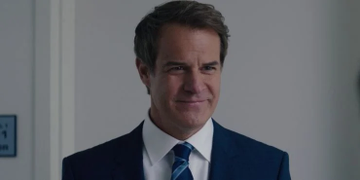 After nearly getting trapped in Wanda's Hex in the last episode, SWORD's acting director Hayward (Josh Stamberg) speaks to his deputy about launching something. Is he planning to nuke Westview? Also, what was he planning to do with Vision after bringing him online, before Wanda took away the body?

How Does Darcy Know So Much About Avengers?

It is incredible that Darcy Lewis knows so much about Avengers in detail, even though the only one she knows is Thor, and she hasn't been in touch with him since Thor: The Dark World. We can assume that she has intel, but considering this intel may have come from witness accounts, there are bound to be some detours from truth. But Darcy knows exactly how things played out - like how Wanda killed Vision, before he was resurrected by Thanos and then killed again? At that time, only three people were present in the scene, and two of them were dead, and the surviving one wouldn't have talked! 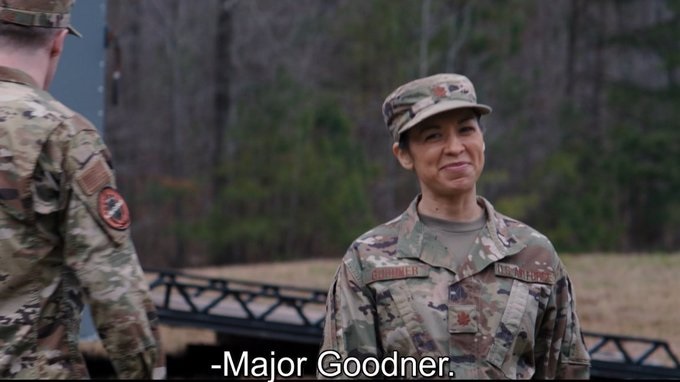 The contact that Monica was going to meet in the sixth episode turned out to be a military officer called Major Goodner (Rachael Thompson). While we are still not sure this is the aeronautical officer she was referring to in couple of episodes back, Major Goodner in herself is a curious character. When Monica thanks Goodner and tells her that her mother would have appreciated what she is doing for her, Goodner tells her that Monica's mother is not the only one she and her team are loyal to. When she says that, there is a curious, slightly annoying expression on Monica's face.

Is Goodner referring to Captain Marvel? If that's the case, are she and her team Skrulls? Spider-Man: Far From Home did show that we do have Skrulls still inhabiting on Earth impersonating known people. 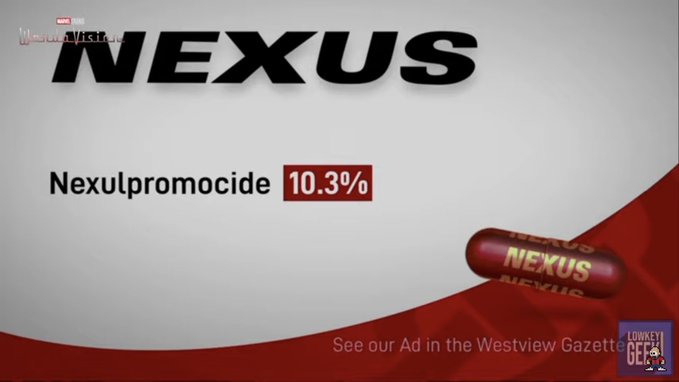 The advertisements in WandaVision are getting weirder and darker by every episode. The new one is about 'Nexus', an anti-depressant, whose ad is more about being okay with your depression.  While the ad strongly hints that Wanda is suffering from depression, and her sitcom world is just an extension of what she is feeling, there is more to it. The name 'Nexus' is curious as it is supposed to be a portal in Marvel comics that opens other dimensions. If that's what the show is inferring to, have we already had a glimpse of it in this episode itself? 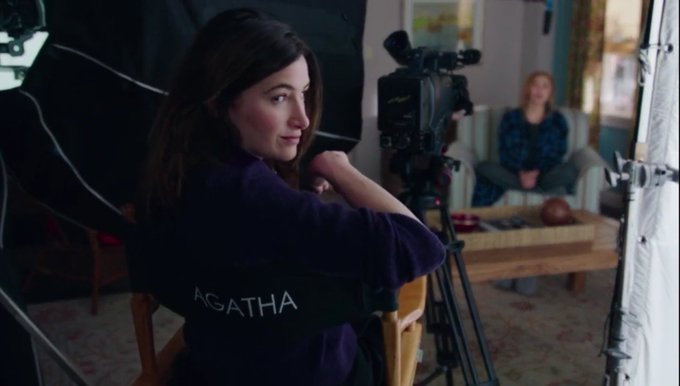 Agnes being Agatha Harkness, a powerful witch in Marvel Comics, was the most obvious reveal since we learnt Winter Soldier was Bucky. What we don't know is her endplan here - why did Agatha choose Wanda and maker her create this Hex, and what is she going to do with her? Also how will Marvel go on to explain witches in their pseudo-scientific world? Also, who the hell is Ralph, her supposed unseen husband in Wana's sitcom?

What Happened to Tommy and Billy? 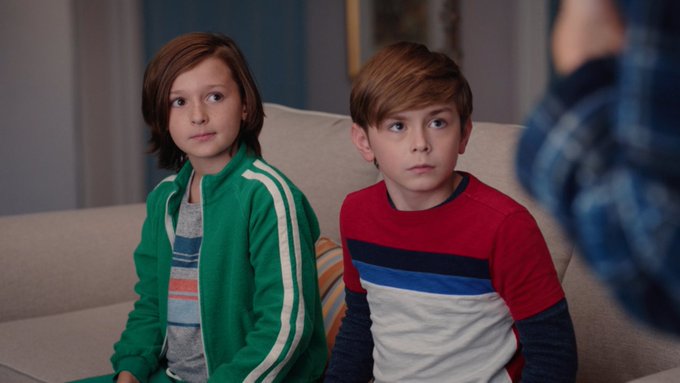 When Wanda is at Agnes' home, she realises her twins, who were supposed to be there, aren't there. Even when she searches for them in Agnes' basement, she trips on many other things, save for her kids. Since witches are known to eat children, is that what Agatha did with the twins? Agnes did confess she had bitten a child. Is she the reason why there are no children in Westview, as Vision so astutely observed? After all, she did kill Sparky, the poor dog! #JusticeforSparky

Will We Be Seeing Agatha's Show Henceforth? 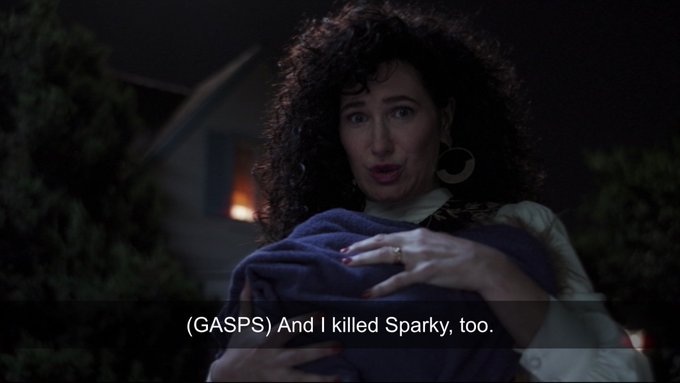 Since Wanda has run out of decades, and in the end, we realise that it was Agatha's 'show' all along, will the future episodes telecast Agatha's sitcom now? Also what would be the format and what role would Wanda play here?

What Are Monica's Superpowers Now? 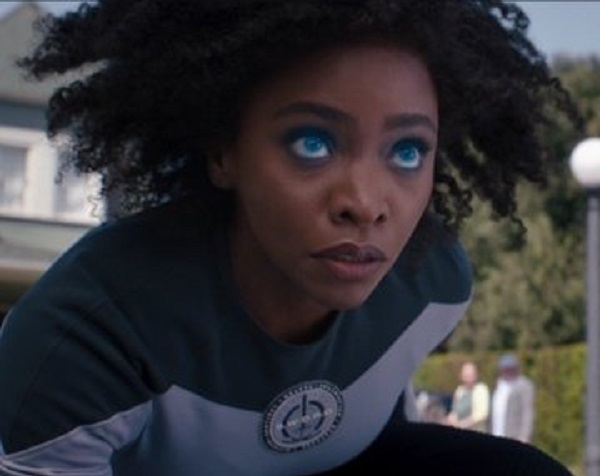 After Monia crosses the hex for what is her third time, she not only keeps her memory, but also gains some superpowers. She manages to resist Wana's force, even managing an impressive superhero landing. So what else are her powers now? WandaVision's Future Episodes Plot Leaked? 5 Big Rumours on Elizabeth Olsen’s Disney+ Series You Should NOT Check Out if You Care for SPOILERS! 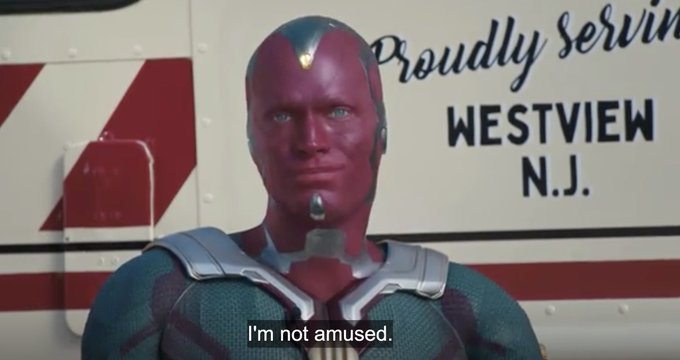 Darcy, after telling Vision the truth of his life before the Hex, confesses she is ignorant of how Vision came to be by, and why he couldn't escape the Hex without killing himself. So what's Vision really? And why is he still playing along with the sitcom tropes?

What's 'Pietro' Up to in That Mid-Credit Scene?

Evan Peters was missing from most of the episode, after his Pietro was blasted by Wanda at the end of the last one. Wanda tells her kids that he is not their uncle, while Vision calls him an impostor. When Agatha reveals her secret, we find out that he was brought in by her. And there is that mid credit scene - the first in WandaVision.

Monica is looking around Agnes' house, when she stumbles upon the door to her basement and opens it. While she is shocked to see what's inside, Evan Peters' Pietro appears by her side and calls her a 'snooper'. So is he a resident of Westview, someone working for Agnes or someone more powerful than Agnes? Hopefully we will know that by the next episode. WandaVision is streaming on Disney+ Hotstar.

(The above story first appeared on LatestLY on Feb 19, 2021 08:15 PM IST. For more news and updates on politics, world, sports, entertainment and lifestyle, log on to our website latestly.com).