WandaVision Episode 6 Recap: From Pietro’s Real Identity to That Mind-Blowing Finale, 15 Questions We Have After Watching the Latest Episode of Marvel Series

While it might be a quieter episode in comparison, Episode 6 amps up the craze factor towards the end, but leaving us with more questions than answers. Here are 15 questions that are troubling our minds, that we hope the rest of the three remaining episodes will answer. 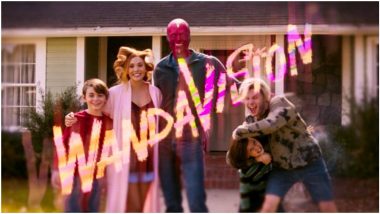 With Episodes 4 and 5 bring a lot more action and excitement into Disney+'s Marvel series WandaVision, the Halloween-themed Episode 6 seems quieter in comparison. That is, till everything turned topsy-turvy in that explosive final sequence of the episode. The last scene of the previous episode left us in shock with the return of the dead Pietro Maximoff into his twin sister Wanda's (Elizabeth Olsen) life. Only that he is no longer played by Aaron Taylor-Johnson (who did the role in Avengers: Age of Ultron), but by Evan Peters who did the same role in the X-Men: First Class franchise. WandaVision: Tony Stark, Magneto Easter Eggs, More Wanda Messing – 20 Little Details Fans Caught in Episode 5 That Are Making Us Love This Marvel Show More!

This cameo opened up a can of worms like if X-Men is coming to the MCU, but it looks like there is more to Peters' casting than beyond the return of the mutants. (SPOILERS AHEAD) In the sixth episode, Wanda makes her sitcom world go into the '90s-2000's with Malcolm in the Middle-inspired saga, and Pietro is now part of her family. Her twins, Billy and Tommy, have more to do in the episode and even they discovered their powers. However, not everything is like before.

Wanda is still wary of this new Pietro's identity, her kids - breaking the fourth wall - tell us that their parents are now fighting, and Vision (Paul Bettany) is now lying to his wife to find out errr... what's west of Westview. The entire episode revolved around the town celebrating Halloween, thus adding more spookiness in the saga.

Outside Westview, Monica (Teyonah Parris), Jimmy (Randall Park) and Darcy (Kat Dennings) rebel against SWORD director Hayward (Josh Stamberg), and get themselves booted out of the camp, only for them to trespass back in to find out what SWORD is upto. Meanwhile Vision finds out that the outskirts of Westview is a dark, cold place with its residents acting zombified and with a bizarre encounter with Agnes (Kathryn Hahn), decides to see what's outside the Hex. The result is something you really need to see, as Wanda shows how even more powerful she can be when her loved one is in danger. WandaVision Episode 5 Explained: From Wanda Facing Off SWORD to That Awesome X-Men Cameo, 10 Things That Happened in Marvel’s Disney+ Show.

While it might be a quieter episode in comparison, Episode 6 amps up the craze factor towards the end, but leaving us with more questions than answers. Here are 15 questions that are troubling our minds, that we hope the rest of the three remaining episodes will answer.

Who is Evan Peters' Character Really? 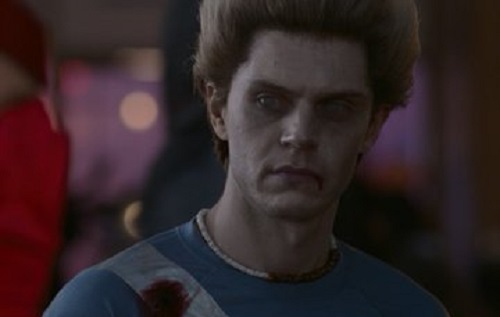 Before you rejoice that X-Men is coming to MCU due to Pietro's recasting, just take a step back and do some thinking. Like Wanda. Even she doesn't trust this new brother of hers, as they seem to have different versions of their childhood. The Pietro we see is a more playful version of what we saw in Age of Ultron, but yeah, fits well with the X-Men counterpart. His wind-swept hair and his Halloween costume also make Pietro look like his comic counterpart. However, the inquisitive way he is seeking info from Wanda as to how she set up her 'reality' is suspicious. Also, how does he know Vision has died once? Pietro died before him, right? He himself tells Wanda that he cam back from the dead, because she thought of him. So how does Pietro knows what happened after his death? Is he not Pietro but some sort of secret villain - Mephisto as certain fans are claiming?

PS - That 'Kick Ass' quote was truly kickass. For the unaware, Kick Ass is a comicbook based movie that starred Aaron Taylor-Johnson and Evan Peters, both the Pietro's!

Is Agnes Also A Trapped Victim? 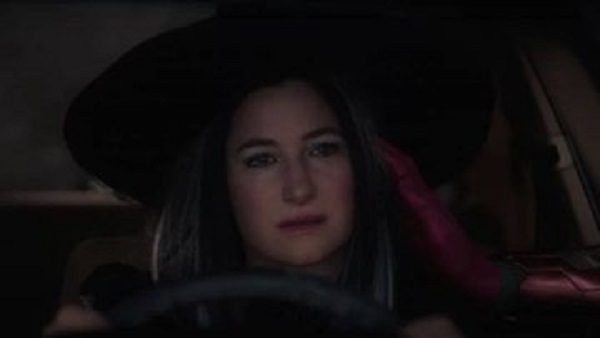 Agnes was one mysterious character, we really couldn't figure out much. The SWORD didn't find much details on her, and the fifth episode showed that she knows what's happening with Wanda and Vision. Fans speculate that she could Agatha Harkness, a witch from Marvel comics who was a mentor to Wanda. However, when Vision meets her in her car near the outskirts, she acts as if she is also a victim of Wanda's trapped reality, and begs Vision to save them, before cackling up (the trailers had done a deceptive job of editing this scene to show her in a different light). So is Agnes a true victim or is she just playing up Vision?

Why Are People Living In the Outskirts So Zombified? 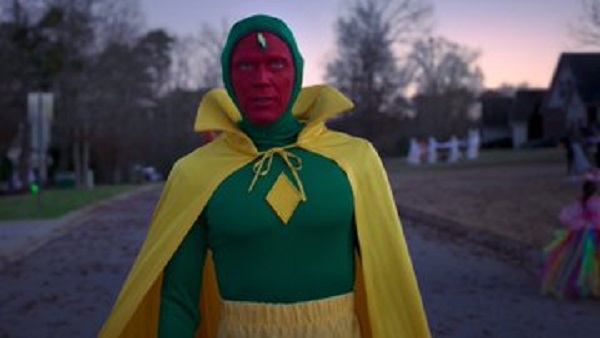 While the centre of Westview is all jovial, and this time, has more kids because in the fifth episode, Vision pointed out the lack of children as an anomaly. However, the outskirts of the town are darker and colder, and people are acting as if zombified. Is it because they aren't in Wanda's focal circle? She didn't know Vision would venture there. Does that mean that when Wanda is not around, the other residents of Westview would also act the same way?

What Happens When Wanda Runs Out of 'Decades'? 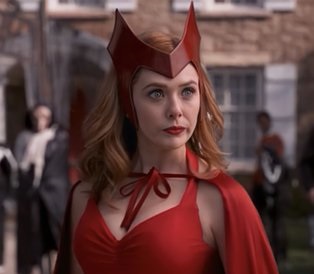 With each intrusive development, Wanda shakes things up and jumps her sitcom reality to the next decade. By the sixth episode, we have already reached the 2000s. The seventh episode most probably will be set in 2010's and as the promos suggest would be inspired by the likes of Modern Family. But what after that?

As for why Wanda chose a sitcom reality, a fan theory offers a nice answer on that. Wanda wants to have a nice, idyllic American life with her husband, but her idea of what consists of that lifestyle comes through her watching of American sitcoms. Remember, she is originally from Sokovia, and when she was in US, she was mostly stuck in Avengers' facility before she suffered the Snap. So these sitcoms is exactly how Wanda perceives a nice, suburban life to be. After all, in FRIENDS, didn't Monica and Chandler also move to the suburbs in the end?

Is Quicksilver Cast Out of Wanda's Show?

When Pietro makes a needless joke about why Wanda needs to worry about her dead husband dying again, she slams him away using her powers. With Pietro having crossed the line of patience with her, will we see him return in the next episode?

What's With That Strange 'Yo-Magic' Ad? 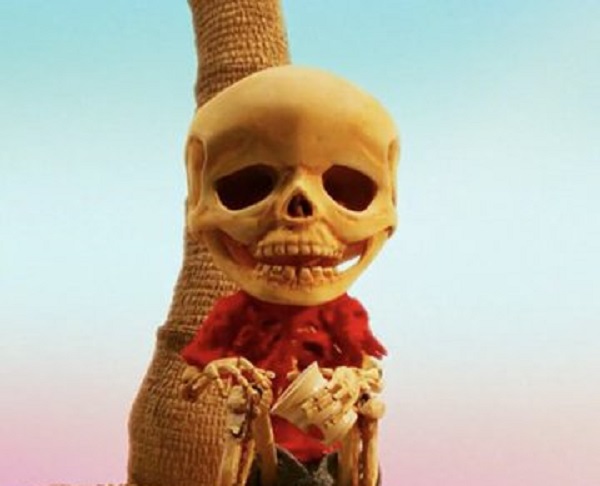 Every 'ad' shown in WandaVision has something to do with Wanda's past. However this week's ad is not just strangely curious, but also dark and creepy. An animation advert, it features a man marooned on an island and is hungry, when a shark (?) offers him a tub of 'Yo-Magic' that he tries to open but he couldn't resulting in his death! What's this 'Yo Magic' and what does that shark represent? Is he - yes, we are barking up that tree again - Mephisto?

Will Billy and Tommy's Powers Play a Bigger Role Ahead? 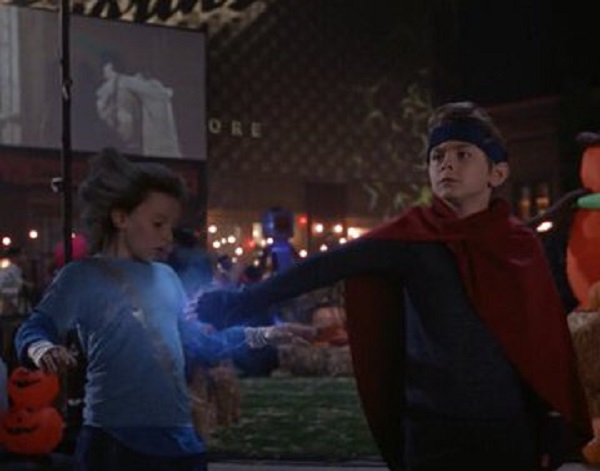 In the episode, we see Wanda's twins Tommy and Billy get their powers. Tommy is like his uncle and is a speedster (in the comics, he is Speed). Billy's powers come later in the episode when he begins to perceive that his father is in pain, which means he got his mother's telepathy powers and is turning Wiccan. Will their powers come into play later in the show?

How Far Will Wanda Expand Hex? 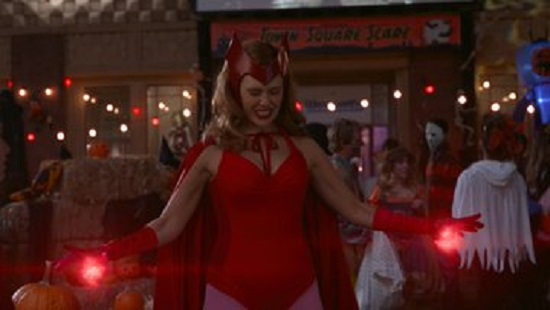 The explosive climax of the episode has a vengeful Wanda, in trying to save Vision from dying trying to get out of Hex, expand the Hex to contain the Sword facility turning it into a carnival and some of the men as clowns working in that. But she is not seen stopping. So how far will Wanda go? Will she turn the whole Earth into her 'House of M'?

What Happens To Darcy?

After SWORD handcuffs Darcy to a jeep, Wanda's hex also brings her in. But we never see what she turns into. But knowing that Kat Dennings was part of a popular sitcom - Two Broke Girls - herself, we know that she can fit right in Wanda's world.

Is The World Angry With Captain Marvel? 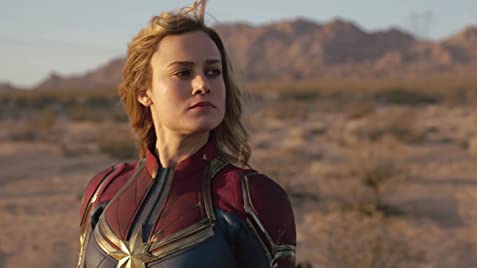 A Still from Captain Marvel

If not the world, at least the SWORD is. Maybe they blame Captain Marvel for not coming earlier and prevent the Snap and making them lose their five years of not being with their loved ones. 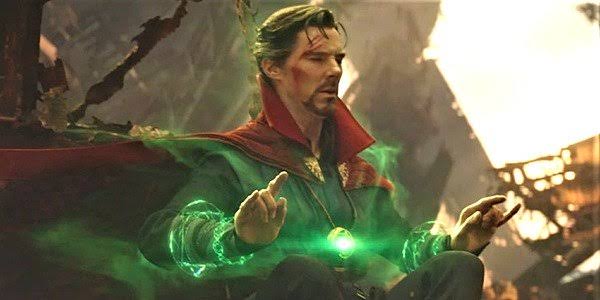 A Still from Avengers: Infinity War

The turn of Wanda's powers in the end truly makes her more intimidating and therefore, more dangerous putting her on the level as any Marvel supervillain like Ultron and even Thanos. This is the time for the surviving Avengers to come in and contain her. And the best man to cancel out her powers is someone who is already an expert in magic, Doctor Strange. Since the events of WandaVision play into Doctor Strange and the Multiverse of Madness, time is ripe for the Avenger to land in the series.

How Will Monica and Jimmy Convince Wanda? 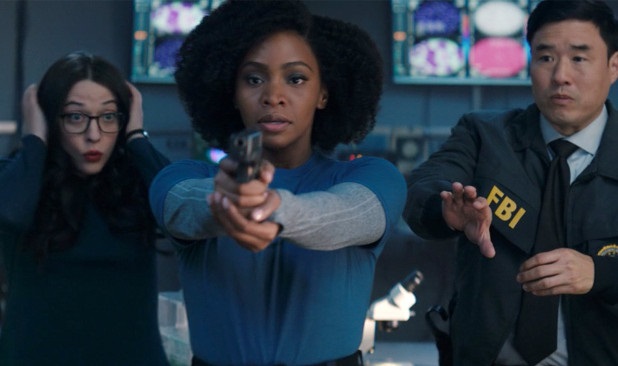 Monica believes that she can still convince Wanda to change her mind, though she is hardly acquainted with her. So does Monica plan to change Wanda's mind about bringing an end to her shenanigans? Also what's with her blood tests results? Why is SWORD hiding it from her? 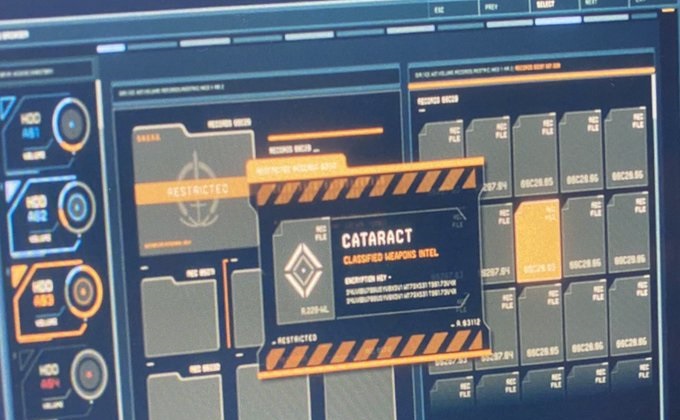 Among the secret files that Darcy accesses of SWORD, there is one curiously named CATARACT. What does it has to do with Vision? BTW, why was Vision's body even in the SWORD HQ? Was Wanda trying to save Vision from falling into the wrongs hands?

Will Aaron Taylor-Johnson Return as Pietro? 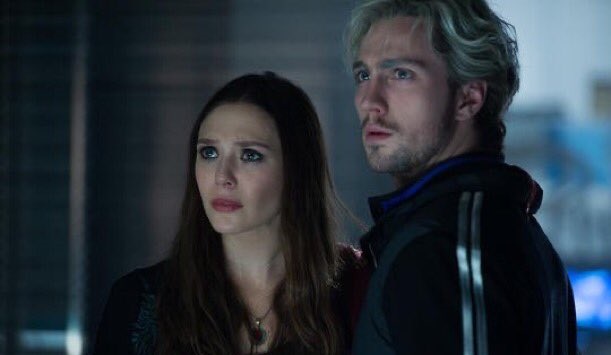 A Still from Avengers: Age of Ultron

The previous episodes of WandaVision did a careful job of keeping Aaron Taylor-Johnson's face out whenever they had to show the events of Age of Ultron. Instead we have Evan Peters as the character. But in the recap portions of Episode 6, we see Aaron Taylor Johnson as Pietro from AoS, which makes us wonder will he return for good to claim back his character. If that happens, what will that make of the other Pietro?

So Who is The Real Villain? 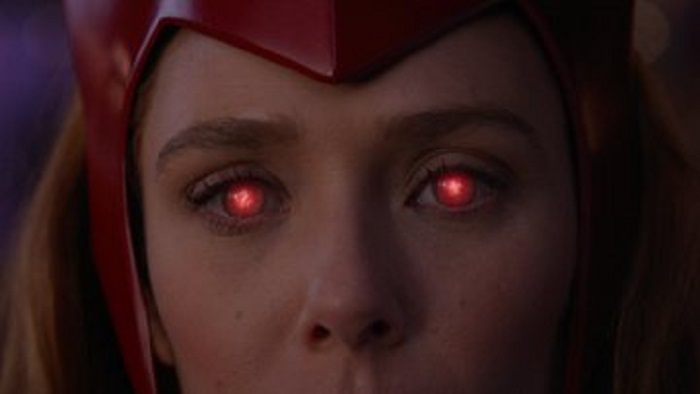 Wanda, in her conversation with Pietro, still insists that she doesn't know how she stumbled upon creating her reality. But she seems to be controlling nearly everything, save for Pietro's recasting and SWORD's intrusions. So is Wanda the real villain? Or are we yet to see someone hidden in the shadows?

(The above story first appeared on LatestLY on Feb 12, 2021 06:17 PM IST. For more news and updates on politics, world, sports, entertainment and lifestyle, log on to our website latestly.com).