WandaVision's Future Episodes Plot Leaked? 5 Big Rumours on Elizabeth Olsen’s Disney+ Series You Should NOT Check Out if You Care for SPOILERS!

With Marvel not being able to plug in the spoilers leaking from either their sets or in their post-production departments, Elizabeth Olsen and Paul Bettany's superhero show is in the danger of getting its big suspense factor revealed even before the final episodes come out. 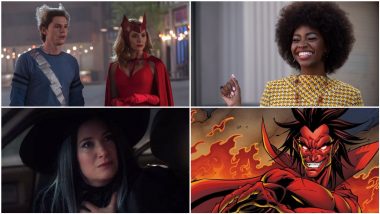 From the beginning, WandaVision, Marvel's Disney+ series, has been a victim of online plot leaks. And sadly for the makers and the inquisitive fans, most of them are turning out to be true. Including the one that Pietro Maximoff would return to MCU but he would be played by X-Men's Evan Peters. With Marvel not being able to plug in the spoilers leaking from either their sets or in their post-production departments, Elizabeth Olsen and Paul Bettany's superhero show is in the danger of getting its big suspense factor revealed even before the final episodes come out. WandaVision Episode 6 Recap: From Pietro’s Real Identity to That Mind-Blowing Finale, 15 Questions We Have After Watching the Latest Episode of Marvel Series.

As of now we have already seen six episodes of what has been MCU's craziest product to date, revolving around Wanda Maximoff (Elizabeth Olsen) creating her own sitcom 'reality' in a small American town, while reviving her dead android lover Vision (Paul Bettany). While the initial three episodes see the couple jump from from decade to another, changing the sitcom era tropes, from the fourth episode, we see SWORD organisation is trying to figure out what Wanda is upto in the real world.

We know that it is Wanda who has built the 'Hex' that is protecting her reality, she herself is not sure how she came about to making this. With Evan Peters' inclusion and the whole endgame of Wanda's attempts in question, the series is moving along on a very intriguing pattern. However, some MAJOR spoilers have already come out that, if true, answer some important mysteries surrounding the show. These leaks are trending on Reddit and 4Chan, most of them credited to an anonymous user called SookieisMine84, whose predictions on WandaVision have turned out to be eerily true by now. Elizabeth Olsen Birthday Special: 7 Moments of the WandaVision Star From the MCU That Are Simply Badass!

So before we go ahead and list down the five most interesting rumours about where WandaVision is heading, we are warning you know that the below will be filled with some major potential SPOILERS. So all knowledge you have gained from hereon that you could regret later, is on your own inquisitive mind. 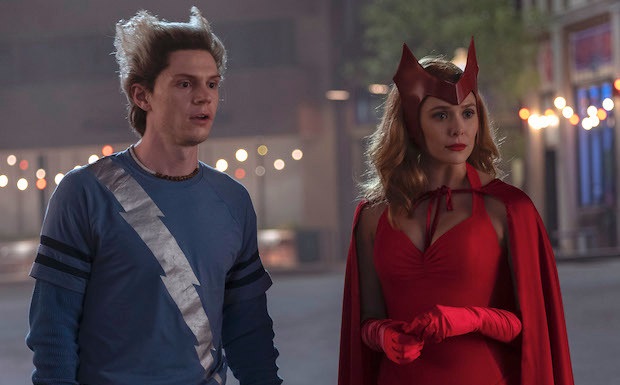 While Wanda has been sceptical about her dead twin's return with a new face, we thought that she might have dragged a Pietro from a different franchise where X-Men saga was canon. The sixth episode, however, brought some doubts in our mind as to who this Pietro is - even with that glimpse of his zombie self. He is overly inquisitive, more playful than MCU's Pietro, and is aware that Vision has been dead, though he had died before his robotic brother-in-law. Some Marvel fans think that he could be Mephisto, the big baddie that they are expecting to make an appearance in the series. In the comics, Mephisto is a demon from whom Wanda draws powers from to create her twins, Tommy and Billy.

However, the leaks claim that Peters' Pietro is still the one we know from the X-Men continuity and he is not Mephisto. Which brings us to...

SPOILER #2 - Mephisto is Not The Antagonist! 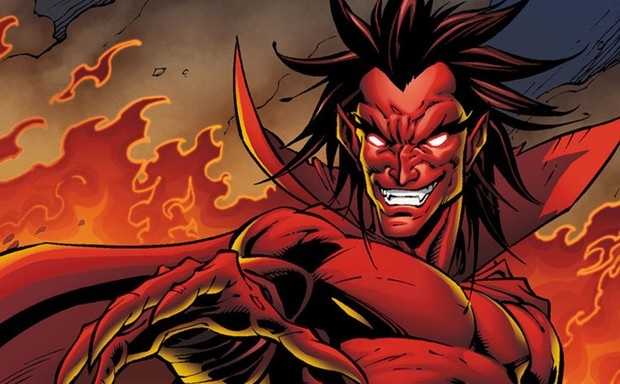 It is not MCU's nature to drop a villain all of a sudden in the show to rile things up. It is also not MCU's nature to strictly follow comicbook storylines, as we have seen in previous movies, especially Iron Man 3 and Captain America: Civil War. So just because Mephisto has a major role in the 'House of M' the comic-line that inspired WandaVision, it doesn't mean the show would also stick to this.

From what the leaks tell us, Mephisto is not the true antagonist of the show, but a different supervillain is the real puppeteer. 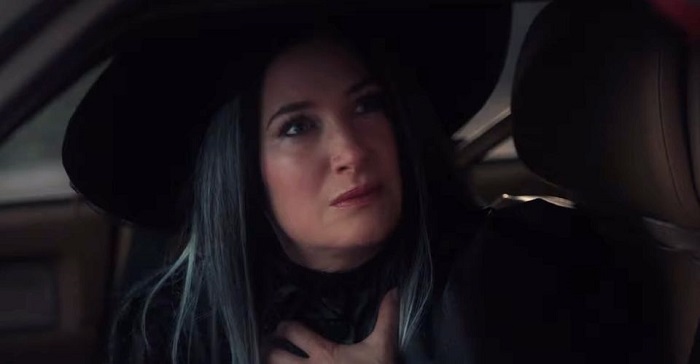 From the beginning, Marvel fans were claiming that Kathryn Hahn's nosy neighbour Agnes is Agatha Harkness, a powerful witch who, in the comics, was a mentor to Wanda. While the show built up to this theory - especially she is the only neighbour who is aware of Wanda and Vision's anomalous lifestyle, and is okay with that - the sixth episode showed that even she is a victim of Wanda's manipulation.

Or is she? The leaks are of the opinion that Agnes is really the villain. But instead of being just Agatha in disguise, she could be playing Nightmare, a powerful Marvel supervillain and a popular Doctor Strange antagonist. This makes sense since the word 'nightmare' is mentioned quite a few times throughout the series, as if Marvel is using it to set up something sinister. Also, Nightmare is supposedly the villain of the upcoming Doctor Strange and The Multiverse of Madness, where the events of WandaVision will lead to. 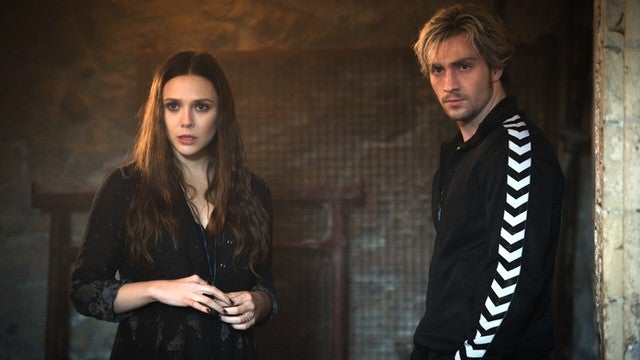 When Aaron Taylor-Johnson's Pietro (from Avengers: Age of Ultron) was properly shown in the recap portions of Episode 6 - something WandaVision avoided showing in the previously episodes - we thought that the actor would return in some way back in the show.

However, the reddit leak says that Aaron is most likely not to return for the series, as it is established that Wanda can't bring back the dead to life. As to how Vision came back to life, that's a different mystery altogether. 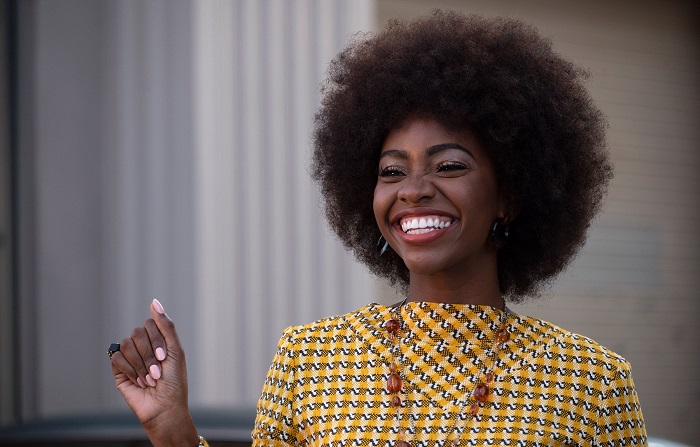 Comicbook fans know that the daughter of Captain Marvel's BFF is a superhero in her own right, most popularly known as Photon. The show hints at her superhero origins, especially how her blood-tests are acting crazy after passing through Wanda's 'Hex' twice. This alludes to her gaining superpowers.

Well, the leaks claim that Monica could get her powers in Episode 7 itself, as she gets into Wanda's Hex for what is her third time, which triggers the metamorphosis. The very same episode also seemingly confirms that Agnes is Agatha. Since the episode is dropping in two days on Disney+ (Hotstar in India), we are soon about to find out how many of these rumours are true.

(The above story first appeared on LatestLY on Feb 16, 2021 09:00 PM IST. For more news and updates on politics, world, sports, entertainment and lifestyle, log on to our website latestly.com).