National Voters' Day 2021: All You Need To Know About Voting Rights in Different Countries and How They Change According to Your Nationality

New Zealand was first granted limited voting rights in 1853 when the British government passed the New Zealand Constitution Act, 1852. Only British subjects aged 21 or above who owned or rented sufficient property and were not imprisoned for a serious offense were permitted to vote. 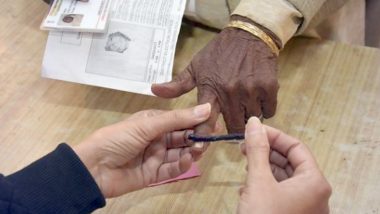 The prestigious ‘right to vote’ was not bestowed to countrymen across nations inherently, it was provided as an outcome of revolutions, bloodshed, and hardships. entitlement of a right as The right to vote enables ordinary citizens to practice their imminent choice in electing leaders of tomorrow, to hold them accountable, and to become the king-maker. It empowers citizens to significantly participate in the decision-making process, irrespective of their race, caste, creed, gender, or place of birth.

A Brief History of Voting Rights Around the World:

If we look around the world, the voting rights bestowed to citizens in the ancient Roman city of Athens were not absolute. They were granted only to a select few, considered superior on the basis of their sex, socio-economic status, profession, and intellect. The right to vote has since then been significantly reformed to make it more inclusive.

The natives of France were entitled to voting rights on 11th August 1792 as an outcome of the famous French Revolution. However, in the initial years, women were still denied the right to cast their votes. 11th National Voters’ Day 2021: NVD To Be Celebrated on January 25 To Mark Foundation Day of Election Commission of India; Know History, Significance and Theme.

Only after a long wait of 152 years, did the French women above the age of 21 were finally bestowed with voting rights on 21st April 1944. Voting

New Zealand was first granted limited voting rights in 1853 when the British government passed the New Zealand Constitution Act, 1852. Only British subjects aged 21 or above who owned or rented sufficient property and were not imprisoned for a serious offense were permitted to vote.

In 1893, women were granted equal voting rights as men, making New Zealand the first nation in the world to allow women participation in the voting process.

Voting Age: By 1974, the minimum age requirement to cast a vote was lowered to 18 years from earlier 20-21 years of age.

Voting rights were first granted by Australia in 1855 and South Australia was the first colony to allow male suffrage to British subjects above the age of 21 years.

In 1894, after 39 years of perseverance and hardship, the women in South Australia were granted their inherent right to vote. By 1899 the Western Australian women were also made eligible to be a part of the voting process.

The Commonwealth Franchise Act, 1902 enabled women to vote federally and in the state of New South Wales. The legislation further allowed women to run as election candidates, making Australia the first democratic state in the world to allow this.

Voting Age: The voting age for all federal elections was lowered from 21 to 18 in 1973.

The US, known for its democratic ideals across the world today, granted only white males who owned adult property the right to vote, which accounted for only 6% of the population.

It was only after the Civil War that five amendments to the Constitution were made to grant citizens the right to vote, which shall not be abridged by the United States on account of sex, race, or non-payment of a poll tax or other tax, Under the 26th Amendment Act, 1961 every US citizen who is eighteen years of age or above is entitled to vote.

The origins of voting in India can be traced back to the northern Indian republics in the 6th century B.C., which was the oldest existing republic, not just across India, but across the world. Democracy is ingrained in Indian roots since the era of ancient Janapadas and Mahajanpadas.

Post Independence, India was granted voting rights in 1951-52. With over 800 million eligible voters and one of the world’s youngest population, India is hailed as the world’s largest democracy.

Apart from being the largest democracy, India is one of the most vibrant and inclusive democracies to grant voting rights to everyone above the age of 18 years the right to vote, irrespective of one’s religious, cultural, or social identity, race, class, creed or gender. e-EPIC Initiative to Be Launched on National Voters Day 2021 Tomorrow; Here's How to Download the Voter ID Card Online.

Voting Rights in Modern Times Across the World:

Countries that grant voting rights at the age of 16:

There are few countries in the world that bestowed their citizens with voting rights at 16 years of age. Brazil and Nicaragua lowered their legal voting ages to 16 years back in the 1980s. In 2007, Austria became the first country in the European Union to grant voting rights at the age of 16. This decision increased the country’s voter base by 200,000. The move was designed to offset the country’s rapidly aging population and to encourage Austrians to engage in politics at an earlier stage in life. Malta became the second EU state to grant 16-year-olds the right to vote in 2018. In the UK too, the voting age has been lowered to 16 in Scotland and Wales.

Countries in the World Where Not Exercising Voting Right Can Cost a Person One’s Salary:

Countries that do not grant the right to vote to their citizens get devoid of their democratic structure and the countrymen lose their very identity and privilege to hold their leaders accountable and actively participate in the decision-making process.

(The above story first appeared on LatestLY on Jan 24, 2021 06:26 PM IST. For more news and updates on politics, world, sports, entertainment and lifestyle, log on to our website latestly.com).