As per data available with the Telecom Ministry till May 2019, Mahanagar Telephone Nigam Limited (MTNL) and Bharat Sanchar Nigam Limited (BSNL) have provided an aggregate of 757 Internet connections to members of Parliament. 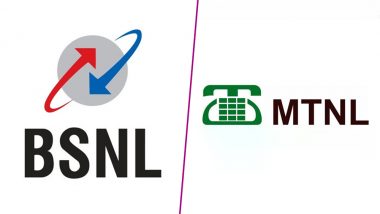 All connections are high-speed Wi-Fi Fibre to the Home (FTTH) connections. The MTNL alone has provided 728 of these connections. According to the MTNL, on each Wi-Fi connection (ranging from three to six numbers) provided to MPs during 2015-16, it incurred an average cost of Rs 1.7 lakh, including annual maintenance charges for four years after three years warranty. But the charges levied upon individual MPs for each Wi-Fi connection was Rs 1,500 per month, excluding GST. Devendra Fadnavis' 'Varsha' Bungalow Declared a Defaulter by BMC, Over 7 Lakh Water Bill Pending.

The BSNL said each FTTH connection to MPs cost the company Rs 25,000, but it could charge them only Rs 2,200 per month, exclusive of GST for the services. While the MTNL offers speeds of 100 Mbps up to 500 GB and 10 Mbps thereafter, the BSNL offers connections at a speed of 10 Mbps. The two corporations have received a cumulative number of 1,054 complaints in the last two years.

(The above story first appeared on LatestLY on Jul 26, 2019 12:00 PM IST. For more news and updates on politics, world, sports, entertainment and lifestyle, log on to our website latestly.com).