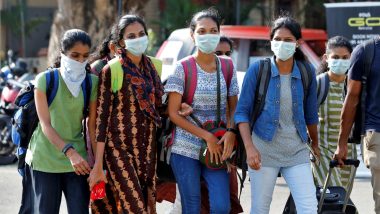 Bhopal, July 26: The Madhya Pradesh Chief Minister's Office (CMO) denied the news of conducting final year under-graduation and fourth semester of post-graduation exams online. After a statement was issued from the Twitter handle of CM Shivraj Singh Chouhan, the CMO informed that no such decision has been finalised.

A tweet from the official social media handle of Chouhan had stated that the final year UG and PG exams would be conducted online. The tweet was shortly deleted, and the CMO subsequently denied the news.

The states of Maharashtra, Punjab, Odisha and union territory of Delhi have so far objected to the UGC ruling making final year exams mandatory. Maharashtra Cabinet Minister Aaditya Thackeray moved the Supreme Court in the past week to challenge the UGC's decision.

The final year exams, which were slated to be held in March-April, were deferred after the outbreak of coronavirus in the nation. Since the threat from the virus is yet to subside, some of the states had cancelled the exams and decided to award the degree to students based on an average formulation method.

(The above story first appeared on LatestLY on Jul 26, 2020 07:44 PM IST. For more news and updates on politics, world, sports, entertainment and lifestyle, log on to our website latestly.com).