NEET Exam Pattern Remains Same! HRD Ministry Confirms Exam to Be Held Once a Year in Offline Mode Only From 2019

On August 21, it confirmed that NEET would be conducted once and in pen-and-paper mode, not online. 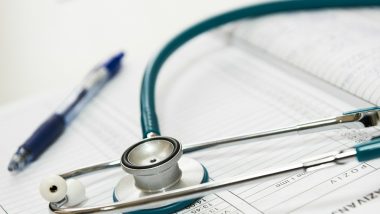 After much of wait, the National Testing Agency (NTA) has released the registration, exam dates and various schedule for National Eligibility Test (NET), Joint Entrance Examination Mains (JEE) and National Eligibility cum Entrance Test (NEET) undergraduate. It was last month when the government announced that JEE and NEET would be conducted online and twice in a year from 2019 to make it more transparent for the aspirants as not all can make the grade at once. However, recently it was reported that the Human Resource Development (HRD) Ministry was reconsidering it. On August 21, it confirmed that the exam pattern for medical entrance test remains the same. Yes, NEET would be conducted once and in pen-and-paper mode only, not online. NTA Releases Exam Schedule & Result Dates for NEET, UGC NET, JEE Main, CMAT and GPAT 2018-19.

Yes, the mode of examination for NEET remains the same. However, JEE will be held twice in a year from 2019. The reason to put off any changes with NEET is influenced by Health Ministry as they fear an online test would put students from rural and economically low-income families at a disadvantage; reports The Indian Express. On July 6, the HRD Minister Prakash Javadekar had announced that the newly formed NTA would conduct the national-level entrance exams; NET, NEET, JEE Mains that were earlier organised by the Central Board of Secondary Education (CBSE). As per the other calendar, JEE Mains would be held in January and April; NEET was to be conducted in February and May and NET in December. Not Twice in a Year but JEE, NEET UG Will be Held Only Once in 2019! HRD Ministry Reconsiders Earlier Decision.

Every year, lakhs of candidates appear in these entrance exams to secure seats at top institutes. But because of the competitiveness of the tests, not all can surpass the exam at once. Apart from concerns that a test in online mode would put poor and rural students at a drawback, reports suggest that the Health Ministry also had a problem with the examination calendar for NEET. They listed eight issues that it anticipated after Javadekar’s announcement.

(The above story first appeared on LatestLY on Aug 21, 2018 07:44 PM IST. For more news and updates on politics, world, sports, entertainment and lifestyle, log on to our website latestly.com).