Asad Durrani Misses Launch of His Book 'The Spy Chronicles: RAW, ISI and the Illusion of Peace' Due to Denial of Indian Visa 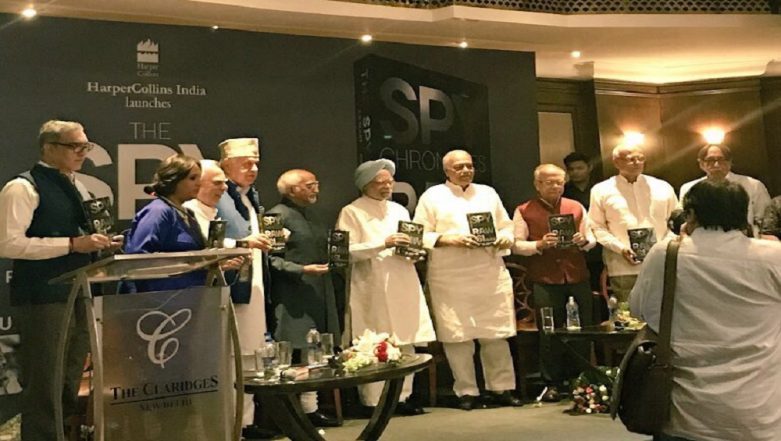 New Delhi, May 24: Former chief of Inter-Services Intelligence (ISI) Asad Durrani on Wednesday missed the launch of a book ‘The Spy Chronicles RAW ISI and the Illusion of Peace’ in the national capital. Durrani co-authored the book with former Research and Analysis Wing (RAW) chief AS Dulat and journalist Aditya Sinha. Durrani was denied an Indian Visa.

Harper Collins India published the book. "At the end, a very special thanks to the Indian deep state. By denying me the visa, they have saved me from the wrath of our hawks. They will be happy to know that I have not yet been cleared by the South Block (which houses India's PMO and Ministries of Defence and External Affairs)," Durrani said in a pre-recorded message played during the event.

The book has been styled as a conversation between the two spy chiefs. It covers a wide range of subjects including NSA Ajit Doval's way of functioning, the Kashmir issue and several thorny issues between India and Pakistan. Kulbhushan Jadhav, Balochistan and Surgical Strikes are also discussed in the book.

In the book, the ex-ISI chief claimed that the ISI knew about the whereabouts of Osama Bin Laden. The Pakistan’s intelligence agency allowed CIA to carry out Abbottabad operation to kill the terror mastermind.