IPOs to Watch Out For: From Ola To GoAir, Know More About These IPOs Set to Hit The Indian Market Soon

Initial Public Offering or IPO is the process by which unlisted companies mark their debut on the stock markets. The company try to raise money from the public through the stock exchanges while Many investors aim to buy shares of fairly valued companies during their IPOs. 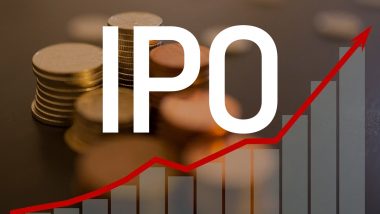 More than 30 new companies have already made their IPO debuts in 2021 and many New IPOs are in the Upcoming IPO list. Few of the New IPOs turned out to be blockbusters and gave superb returns on the listing day while some underperformed .

Initial Public Offering or IPO is the process by which unlisted companies mark their debut on the stock markets. The company try to raise money from the public through the stock exchanges while Many investors aim to buy shares of fairly valued companies during their IPOs. Go Fashion IPO Subscribed 6.87 Times on Second Day of Subscription

The primary source of information in such a process is the DRHP or the Draft Red Herring Prospectus – a document which the company prepares detailing its financial position, day to day operations, risks and strengths and many more things that an investor may wish to know.

If you have been wondering which IPOs are the best to subscribe in the near future, here’s the detail.

State-owned Life Insurance Corporation of India (LIC) has been valuated at a staggering amount of around USD 150 Billion ahead of its Initial Public Offering (IPO), according to a report in Live Mint. The life insurance giant is expected hit the stock market by March 2023, as per media reports.

Go Airlines India which operates the Go First brand, is looking to raise Rs 3,600 crore from its initial public offering (IPO) and planning to launch the share sale by December 8. The anchor issue will be launched a day earlier on December 7. The IPO proceeds will be used to retire debt, and pay oil companies and lessors.

Meanwhile, the company also looks to pay Rs 96.3 crore out of the outstanding maintenance amount from the proceeds to MTU Maintenance Zhuhai Co Ltd.

After the dismal debut of Paytm, Ola is reportedly looking to go public, with Initial Public Offering (IPO) listing expected to go live in Q1 2022. The IPO will follow the stellar debut of Nykaa. Paytm Shares Tank on Listing Day, Twitter Emerges With Funny Memes And Jokes

The company, founded in 2010 by Bhavish Aggarwal, plans to raise up to USD 1 billion through the IPO. Ahead of the company's listing in the National Stock Exchange of India, Ola is expanding in leasing cars and manufacturing electric scooters.

(The above story first appeared on LatestLY on Nov 23, 2021 06:33 PM IST. For more news and updates on politics, world, sports, entertainment and lifestyle, log on to our website latestly.com).