The argument of education’s imperativeness to a young demography of Nigerian youth who want to focus on entrepreneurship remains debatable. This argument has bothered on whether the Nigerian educational system produces or hinders better entrepreneurs. 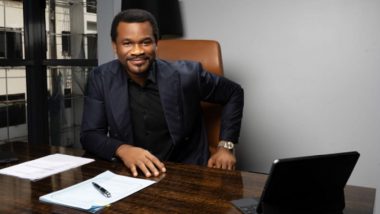 The argument of education’s imperativeness to a young demography of Nigerian youth who want to focus on entrepreneurship remains debatable. This argument has bothered on whether the Nigerian educational system produces or hinders better entrepreneurs. While there are understandable examples from different school-of-thoughts, a colossal Nigerian entrepreneur – Richard Nyong was graceful enough to weigh in on the subject during his recently concluded 40th Birthday Anniversary.

Richard Nyong is one of the biggest entrepreneurs in the Nigerian business space, a university graduate, and a savvy investor mogul. He expressed which school-of-thought he belonged to, during an interactive session which held over the course of his birthday celebration. “I strongly believe that the education system in Nigeria contributes immensely to the development of Nigerian entrepreneurs, and produces astute business minded chaps”. He said, in reaction to the impact of education of entrepreneurship.

While making his case, he cited himself and numerous others as glaring examples of this fact. Richard Nyong is a formidable force in the Nigerian property sector; an incredible entrepreneur who set out to change the landscape of the country’s  land property industry and did it. He is the founder of Lekki Gardens Estate; a company he formed seven years after he obtained a B.Sc. in Economics from the University of Port Harcourt in Rivers state, Nigeria.

His company, Lekki Gardens Estate is responsible for the creation of over 15,000 housing units in different parts of the country. He has also provided jobs for thousands of Nigerian youths: a great contribution to the battle against unemployment in the nation. He is also a philanthropist who constantly gives back to the society, and was most notably referred to, as a supportive pillar during the Covid-19 pandemic.

During his just concluded 40th birthday celebration, Richard Nyong in the midst of high-profile personalities, reiterated that the Nigerian educational system produces intelligent entrepreneurs by providing them the access to diversified views and opinions. His opinion was founded on the basis of his interactions with several other successful entrepreneurs. The Nigerian educational system, even though may not be at the standard expected, still builds in many entrepreneurs, the tenacity and resilience to push through challenges.

According to him, while many successful entrepreneurs had humble beginnings, the Nigerian educational system afforded them the opportunity to obtain formal education and even lay the foundation for confidence. One of the biggest levelers of Nigerian public educational institutions is their affordability, and even more so, some students can enjoy scholarship opportunities on the account of their intellectual prowess.

Through this, education has helped them become better entrepreneurs. He reiterated his own personal story, noting that his education in Port-Harcourt laid a solid foundation for his success. Achieving his current level of success would have been nearly impossible if he had not been afforded that opportunity, and developed a mindset of total independence. “Education is an important landmark in an entrepreneur’s life and the Nigerian educational system will continue to play its role in the growth and development of Nigerian entrepreneurs”. He said in conclusion.