This section provides summary procedure for trial of witnesses deposing contrary to statements recorded under Section 164-A. 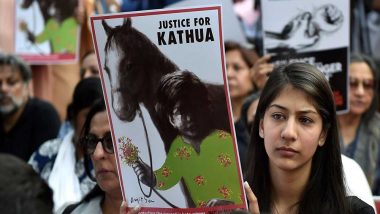 Jammu, November 8: The Jammu and Kashmir crime branch has initiated the process of pressing perjury charges against a witness in the case of rape and murder of an eight-year-old girl after he had retracted from a "confessional statement" recorded in front of a magistrate, officials said Thursday. A show-cause notice has been served to Ajay Kumar alias 'Ajju' by the sessions judge of Pathankot, Tejwinder Singh, asking him to explain on Monday "why an action under section 479-B of Jammu and Kashmir Criminal Procedure Code may not be initiated against him".

This section provides summary procedure for trial of witnesses deposing contrary to statements recorded under Section 164-A (evidence of material witnesses to be recorded by Magistrate in certain cases). Kumar had recorded his statement before a judicial magistrate in Jammu on February 27 this year in which he had claimed that Parvesh Kumar alias 'Mannu' had given a graphical description about the rape and subsequent murder of the girl belonging to a nomadic minority community. Brutality Of Kathua Rape Case Shows Chilling Similarities With Nirbhaya Case of 2012 But There Are Crucial Differences, Not Good Ones.

The notice served on Kumar says "whereas an application has been filed by prosecution for initiating action against you for voluntary and knowingly retracting from your statement under section 164-A CrPC during your deposition as a prosecution witness before court, a show-cause notice is issued to you as to why an action under section 479-B of CrPC may not be initiated against you."

"You may appear before this court in person or be represented by a counsel on 12.11.2018," the notice from the sessions court of Pathankot said. The session judge is holding trial for the gruesome Kathua rape-and-murder case on directions of the Supreme Court. The trial was assigned to the district and sessions court in Pathankot by the Supreme Court earlier this year after the victim's family approached with a plea to transfer the case from Kathua.

The eight-year-old girl, belonging to a nomadic tribe, was allegedly kidnapped on January 10 and her body was found on January 17. It is alleged that she was gang-raped and later murdered. The crime branch has arrested eight people, including a juvenile in the case. The charge sheet has been filed against Sanji Ram and his juvenile nephew, his son Vishal, special police officers Deepak Khajuria and Surender Verma and friend Parvesh Kumar alias Mannu.

The charge sheet also names head constable Tilak Raj and sub-inspector Anand Dutta -- who allegedly took Rs 4 lakh from Sanji Ram and destroyed crucial evidence. The district and sessions court in Pathankot framed charges of rape and murder against the seven accused in the case on June 8. Sanji Ram, considered the main accused, is alleged to have hatched the conspiracy with the other accused for kidnapping the girl as part of a strategy to remove the minority nomadic community from the area.