Brutality Of Kathua Rape Case Shows Chilling Similarities With Nirbhaya Case of 2012 But There Are Crucial Differences, Not Good Ones

The brutality of the crime against Kathua rape victim reminds us of the Nirbhaya rape case of 2012 which showed the underbelly of India’s crimes against women. 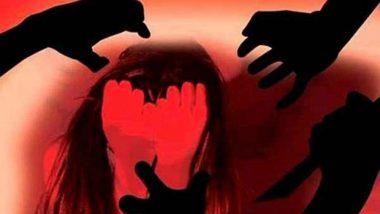 Three months after she was abducted, raped and killed, 8-year old rapists have been arrested and a chargesheet filed. The brutality of the crime against the girl child reminds us of the Nirbhaya rape case of 2012 which showed the underbelly of India’s crimes against women.

The following years saw anti-rape laws toughened, the frame worked enlarged to bring in more crimes like voyeurism in the purview and introduced the death penalty as a punishment for a rape conviction. Despite these changes, the assault on the victim happened and a child is dead, killed in a way that not even her rapists even if convicted will have to suffer. Her suffering shows some similarities with what Nirbhaya underwent yet there are differences that show that we as a country seemed to have failed our girls and women, again.

An eight-year-old girl was kidnapped from Rasana village, Jammu on January 10. According to investigations, she was drugged and held captive for a week before being murdered. The eight-year-old was gangraped thrice inside the temple basement, after the mastermind had “performed rituals" reports Indian Express. She was confined and forcefully fed sedatives, raped repeatedly then strangled and hit on the head twice with a stone — “in order to make sure” she was dead. But not before another accused, a police personnel, asked the others to “wait because he wanted to rape” her one last time.

According to the chargesheet, the mastermind behind the rape and murder is retired revenue official Sanji Ram who is among the eight arrested, along with his son Vishal Jangotra and nephew, believed to be a juvenile.

She had been adopted by her father’s brother as he had lost his own daughters a few years earlier and she was cherished as a delightful, helpful child by her entire village.

The 23-year-old who came to be known as Nirbhaya for giving her testimony on her death bed against her rapists, was gang-raped by six men in a moving bus on the night of December 16, 2012.

She along with her male companion were returning from a film screening in Saket. Both of them were waiting to hail an auto rickshaw for a ride back home at night when an off-duty charter bus driven by people not driving for commercial reasons passed them and offered to give them a ride to Dwarka from Munirka. Soon, the victim’s companion noticed the route taken by the driver was different than normal and the doors of the bus had been tightly shut. When he objected to it, the bus occupants raised fingers at the boy and the girl saying why were they out at night so late.

Nirbhaya’s companion beaten up, while she was assaulted by five men, raped and then attacked with an iron rod stuffed up her vagina and her uterus was damaged so badly that her intestines fell out of her body, the doctors had said. She died at a hospital in Singapore 13 days later. The victim was born and brought up in Delhi while her parents are from a village in the Ballia district of Uttar Pradesh. She was a physiotherapy intern. Her father had sold ancestral land in order to help her continue her education.

As a country the assault and consequent deaths of Nirbhaya and the Kathua rape victim symbolize the victimization of every Indian woman. Yet, her fate shows that communal politics is being used as a justification to commit inhuman crimes and to terrorize the victim and the family. Rape has been weaponized in India as in Africa. We have as a collective nation failed Nirbhaya and the Kathua victim .

(The above story first appeared on LatestLY on Apr 12, 2018 09:23 AM IST. For more news and updates on politics, world, sports, entertainment and lifestyle, log on to our website latestly.com).