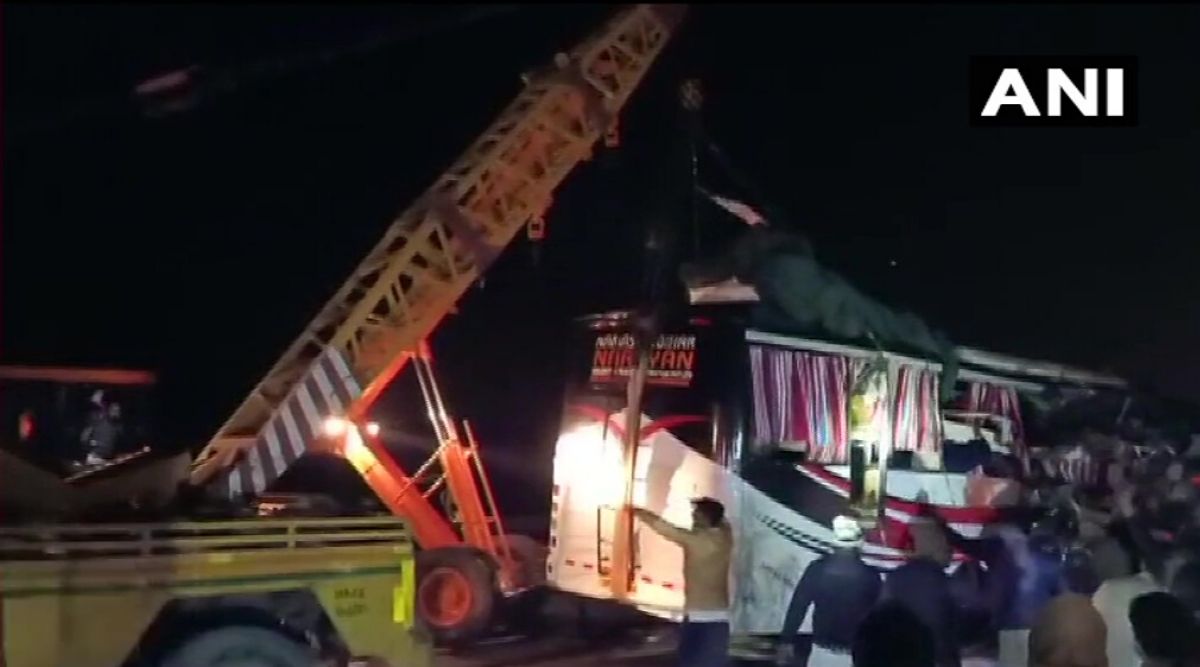 Firozabad, February 13: In a tragic accident, atleast 14 people were feared dead and more than eight people sustained serious injuries as the private bus in which they were travelling collided with a truck here on the Agra-Lucknow Expressway. Sachindra Patel, SSP said, "there were at least 40-45 passengers in the bus. The injured have been shifted to Saifai Mini PGI."

The accident took place at around 10 pm on Wednesday when the sleeper bus was going from Delhi to Motihari (Bihar). The tragic incident happened when the double-decker bus hit the container truck from behind.

In January, as many as twenty people died after a double-decker bus carrying at least 45 passengers collided with a truck at Dewar Marg in Kannauj district and went up in flames. Expressing his condolences, Yogi Adityanath had announced Rs 2 lakh each compensation for the deceased and Rs 50,000 each for those grievously injured in the incident.