The Defence Ministry has allocated Rs 320 crore to clear the backlog of pending applications for welfare schemes for widows and dependent children of the veterans on the occasion of Veterans' Day on Friday. 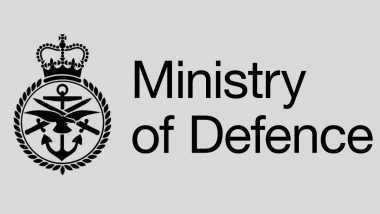 New Delhi, Jan 14: The Defence Ministry has allocated Rs 320 crore to clear the backlog of pending applications for welfare schemes for widows and dependent children of the veterans on the occasion of Veterans' Day on Friday.

The ministry launched a slew of initiatives for the welfare of ex-servicemen and their families on the occasion of Armed Forces Veterans' Day which is celebrated on 14th January every year.

This will benefit over 1,66,000 wards and widows of ex- servicemen.

The Directorate General of Resettlement also issued around 7,900 job letters to retired ex-servicemen in the government sector, PSUs, banks and the private sector from April-December 2021, out of the re-employment given to over 22,000 during the same period.

The aim is to facilitate re-employment of ex-servicemen in the corporate sector.

The Directorate-General Resettlement is an attached office of the MoD which facilitates resettlement of ex-servicemen by organising pre and post retirement training, re-employment and self employment.

Nearly 60,000 Armed Forces personnel retire or are released from active service every year, most of them being in the age bracket of 35 to 45 years and need a second career to support their families.

The Department of Ex-Servicemen Welfare also launched a dedicated Raksha Pension Shikayat Nivaran Portal designed to speedily redress pension, including family pension-related grievances of ex-servicemen and their dependents. The portal will enable processing of grievances quickly by the DESW.

Through the portal, an SMS and e-mail will be forwarded to the applicants on their registered mobile number and e-mail, intimating confirmation of registration of grievance and for tracking its status.

(The above story first appeared on LatestLY on Jan 14, 2022 06:52 PM IST. For more news and updates on politics, world, sports, entertainment and lifestyle, log on to our website latestly.com).