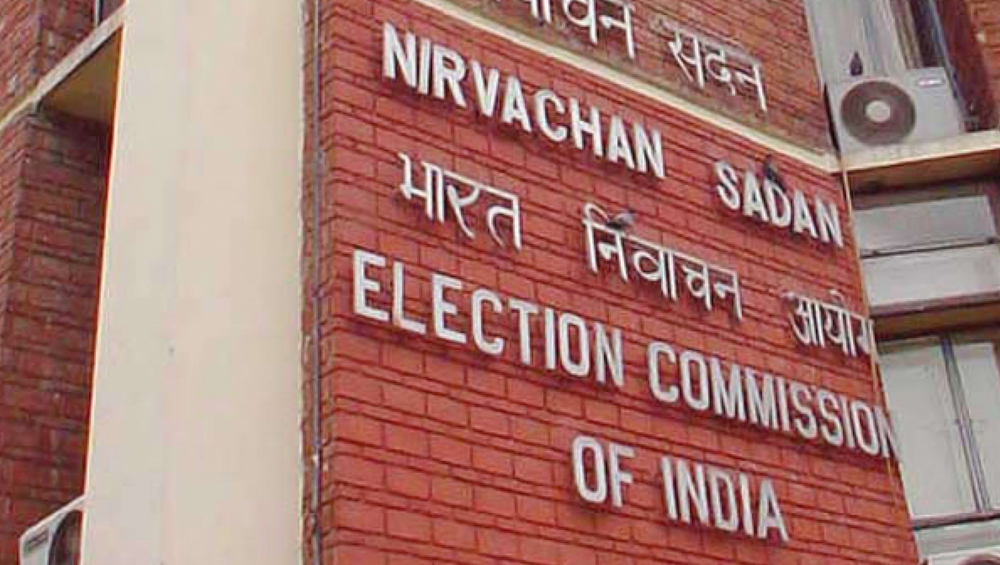 New Delhi, February 9: The Election Commission of India on Sunday announced that it would hold a press conference at 7 pm. The press conference is expected to be about the details on recently held Delhi Assembly Elections 2020, whose polling concluded on Saturday. The ECI might even answer the questions over delay in declaring the final voting percentage.

Informing about the latest update, news agency ANI informed that the ECI will hols a press conference in the national capital at 7 pm today. It is to be known that the last voting percentage given by the commission on Saturday night was 61.46 percent. Delhi Elections 2020: 'What's Conspiring?' Asks AAP as EC Is Yet to Declare Final Voter Turnout; Arvind Kejriwal Calls It 'Shocking'.

Here's the by news agency ANI:

Earlier, incumbent Chief Minister Arvind Kejriwal questioned the Election Commission over delay in the announcement of the final voter turnout in the Delhi Assembly election 2020. Kejriwal called the delay "absolutely shocking". He had said, "Absolutely shocking. What is EC doing? Why are they not releasing poll turnout figures, several hours after polling?"

Absolutely shocking. What is EC doing? Why are they not releasing poll turnout figures, several hours after polling? https://t.co/ko1m5YqlSx

Also, AAP leader Sanjay Singh held a press conference and cited something wrong might have taken place with electronic voting machine (EVM) or there might be some replacement is happening.